As Game 3 of the SHL Semifinals kicked off between Loyola Gold and Glenbrook North, it was starting to feel like Deja Vu. Both teams wanted it bad and you could cut the tension in the air with a knife. Loyola started out on top and Glenbrook North crept up behind them but Gold stood their ground and advanced to the finals in a 4-3 win Sunday night in Lincolnwood.

“I think we learned from (Saturday) that we’re not invincible,” said Loyola head coach DJ LaVarre. “We can lose. But today we played well, we started off well and GBN stood, they’re going to keep it close regardless and we came to play today. They battled hard today. You have to be proud of the effort they put in.”

With New Trier Green scouting in the stands, Loyola and Glenbrook North left the first period scoreless. Loyola opened the scoring in the second and Glenbrook North answered soon after. However their efforts were halted after Christian Dunne broke the tie and Gold buried two more giving them a 4-1 lead with 12:39 left to play. The Spartans, however aren’t that easy to get rid of.

De ja vu set it once Matt Dahlke scored a few minutes later then GBN knocked in a third with a little over six minutes left in the game.

“Towards the end I think some of us were getting a little nervous,” said Dunne. “After that last penalty I think (Glenbrook North) started to build momentum and I’d say morale got kind of iffy on the bench.”

“I think we were too complacent with where we were in the game,” added goaltender Hugh Brady. “We were too comfortable with our lead instead of wanting to score more goals.”

The Ramblers regrouped and held on to their lead by the skin of their teeth and will play New Trier Green in the finals.

“Im feeling pretty confident about it,” said Dunne. “You can’t take them lightly though. They’re a good team, it’ll be a fun series.” 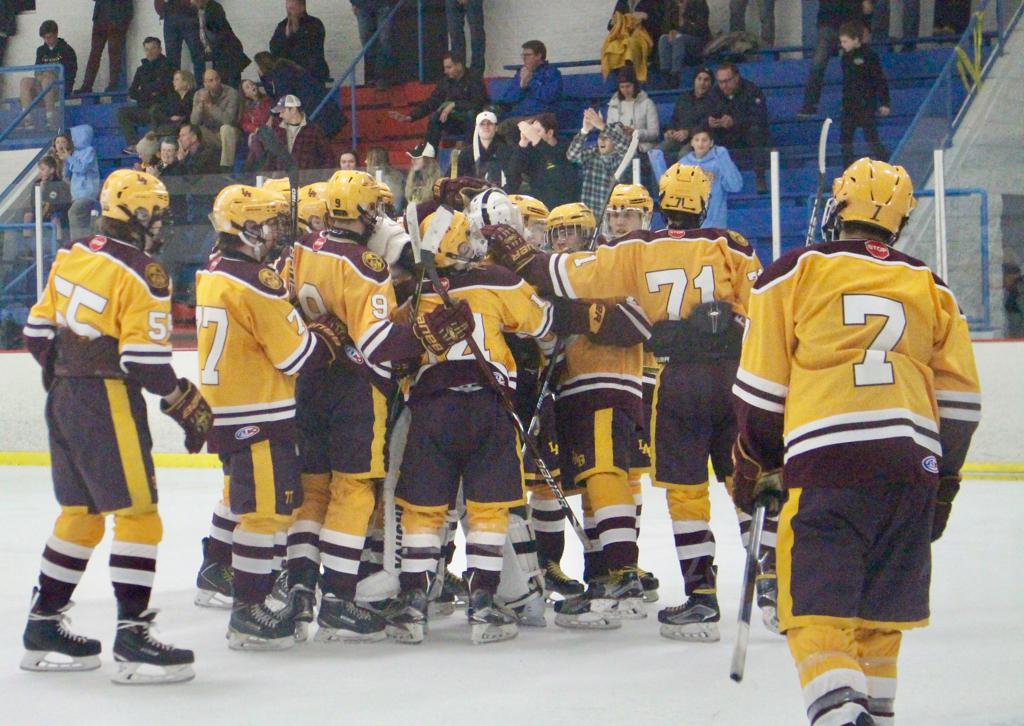