"I wouldn't say it was confidence," Melton said. "It was more relief. I felt good that if we got it to Game 3 that we had a good chance at winning."

Louie Lybrook sealed the win for New Trier, scoring both of their goals but it wasn't easy. Loyola Gold came out strong. Danny Stevens found the back of the net first to set the pace with 4:12 left in the first. Lybrook tied it up just minutes into the second. After a nail-biting period and a half he knocked in the game winner with five minutes left to play.

"I couldn't have done it without my linemen," Lybrook said, "Johnny Huber and Michael Graham passed me the puck, it was an easy backdoor tap. At the beginning of the game I wasn't in a groove, then I scored and I was just feeling it the rest of the night."

Heart rates rose when Loyola's Ben Odle nailed a shot but the goal was disallowed for a crease violation.

"It was unbelievable," said New Trier goaltender Will Douthit. "Loyola came to play, with two overtime games and this one came right down to the end also, it was a great series."

Melton couldn't be more proud of his team as they continue to accomplish their goals.

"We won the league, now we won the league playoffs, our league is the toughest league in the state and for these guys to win both is huge," he said. "Now we're on to state but I told them they have to enjoy this, state's one and done, so we play all year for our league, state is a different animal but to be the best team in the SHL is a great accomplishment." 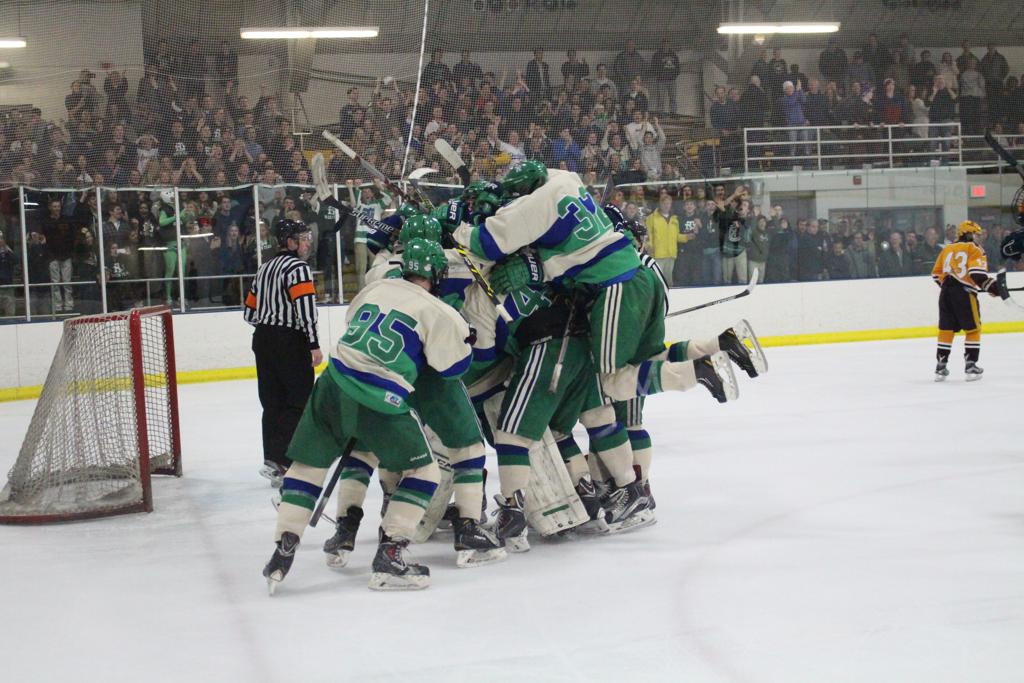 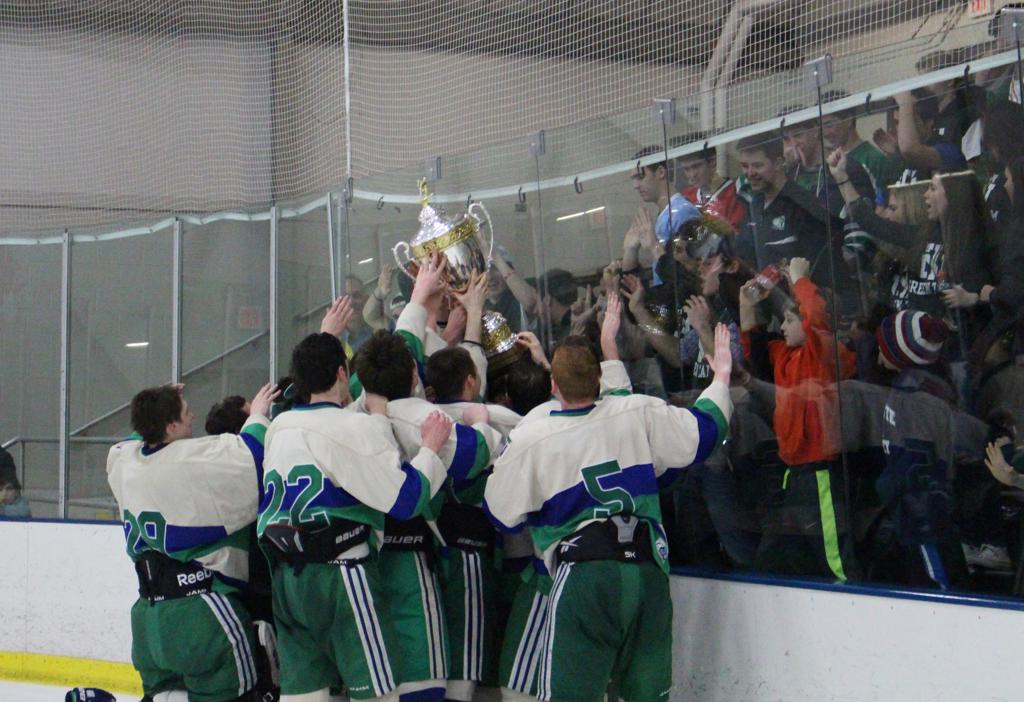 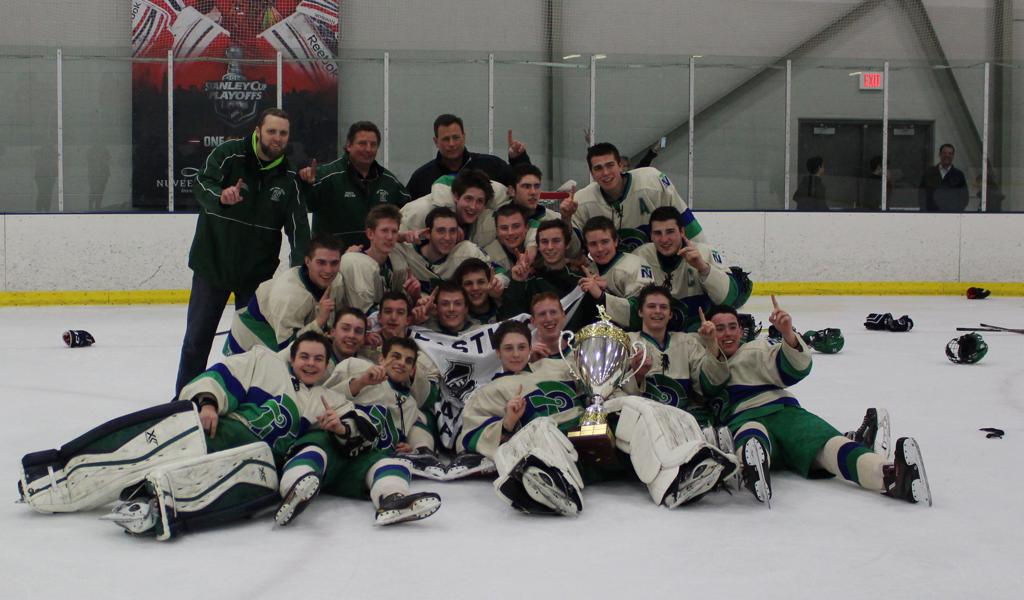