BENSENVILLE — When the confetti flies after a state championship win, players are usually left as speechless as Stevenson’s Nolan Jones was after the Patriots’ 5-0 win over Saint Viator in Sunday’s AHAI Red Division state title game.

“It’s unbelievable. I can’t even put it into words,” Jones said. “It’s everything we worked for. I’ve won championships before but this is the best one by far because we’re older and we realize what it means. And it was such a tough road to get here.”

Stevenson won its first state title in program history at The Edge in Bensenville on Sunday , and it’s a history that Patriots coach Tom Wood has woven into his DNA.

“I played at Stevenson my junior and senior year of high school, I went to college, and then my dad (Jim) brought me in after college,” said Wood, who took over head coaching duties from his father in 2016.

Only a tiny fraction of high school hockey players ever get to experience playing on a state title team, and only a fraction of those players find themselves outside a winning locker room afterwards, being patted on the back while holding an MVP plaque.

But both of those far-fetched hockey dreams came true for Stevenson junior forward Dylan Jette, who was named the game’s most valuable player after he netted a hat-trick on Sunday.

“It’s not even about the championship, it’s about the camaraderie,” Jette said. “I love every one of these boys and that’s what it’s all about. It’s been perfect camaraderie.

“We wanted to win this. We knew we had the potential, we knew we could, and even though we went 1-2 against (Saint Viator) in the regular season, we knew this game was ours.”

Jette may be inclined to saw his MVP plaque in half and give one half to teammate and Patriots goalie Jonathan Adler.

The Patriots blocked numerous shots throughout the game and Adler handled everything else — every point-blank shot, every rebound, every hard outside shot, and every odd puck bounce that came his way.

Throughout the state playoffs, Jones had a message for his goaltender.

“When we beat New Trier he had like 42 saves and every game of this tournament I said to him that we needed another New Trier game from him,” Jones said. “He delivered tonight.”

Fellow defenseman and captain Will Harlow shook his head when asked about Adler’s day in net, after Saint Viator posted a 27-19 edge in shots over Stevenson.

“It was an amazing performance,” Harlow said. “A shutout in a state championship — you can’t ask for anything more. He’s just a great goalie.”

The game’s first period that saw Saint Viator post a 9-6 edge in shots but Jette scored the lone goal of the period, at the 11:44 mark. Jette streaked up the left side before the lefty buried a shot from a tough angle that found the upper ninety at the far post. Jones and Zach Meyers assisted on the play.

Saint Viator built a 13-6 edge in shot in the second period but Adler and his defense met every challenge. The Lions found themselves down 2-0 when Jette struck again, with only 56 seconds remaining in the period on a Stevenson power play. Jones and Cam Schneider got assists on the play, when Jette followed buried a rebound on a shot from the outside taken by Schneider.

Stevenson’s third goal was effectively a backbreaker for Saint Viator. It came off the stick of Brandon Schultz after a shot off the draw on the Lions’ end of the ice. Schultz raced to across the slot and found plenty of open net with his shot at the 16:29 mark of the final period.

The score was 4-0 when Jette followed up a shot by Davis Jegers, on a pass from Harlow, with 9:25 left in the game. Chasing four goals, Saint Viator puled goalie Mike Massaro and Scheider scored an empty-netter at the 5:06 mark to end the day’s scoring.

“Once we got down two (goals) we had to get a little bit more risky, and take some chances, and those ended up biting us,” Saint Viator coach Tim Benz said.

“I thought we had the better half of play in the first period and even the second, and I think the game was closer than the final score — but we did not do a good job of getting pucks to the net early on, and credit them because they blocked a ton of shots today. That really hindered our opportunities both 5-on-5 and 5-on-4 when we were on the power play.”

Saint Viator entered the state tournament as the No. 5 seed in the Red Division. The Lions opened with a 3-2 overtime win over Oak Park and River Forest, then won 5-1 over New Trier White.

“I can’t say enough about them,” Benz said of his players. “They work, and work, and work. People called us underdogs, which I think we were, but their work ethic has been fantastic and I can’t speak to that enough.”

Stevenson entered the state tournament bracket as the No. 3 seed and opened with a 10 win, followed by a 3-2 overtime win over 6th-seeded St. Ignatius, which won the Chicago Catholic League crown this year.

The Patriots then won 7-5 over second-seeded Loyola Gold to reach the title game.

After the final buzzer ended the 2021-22 boys’ high school season, and Stevenson’s epic on-ice celebration subsided, Adler spoke to capping a long hockey season with a state title in the final season of his high school career.

“I’ve been working for this moment since I was probably 12 years old,” Adler said. “Back in 2017 Stevenson had a a goalie from Sweden (Elias Sandholm) and he was the biggest role model for me.

“There’s a lot of pressure off my chest right now but just to have the opportunity to play on this team has been incredible.” 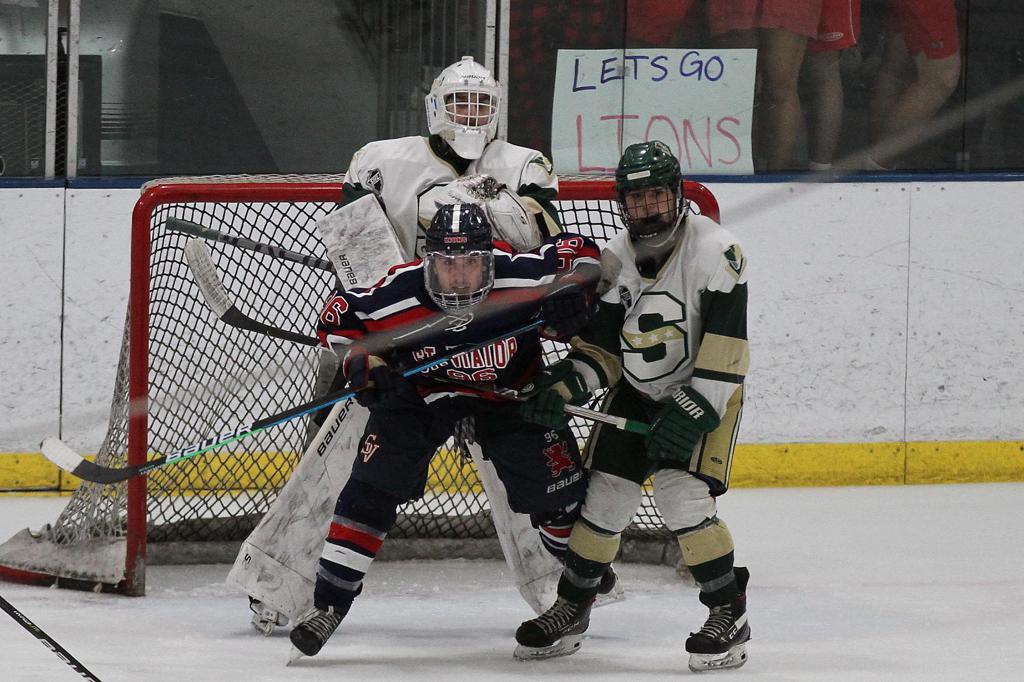 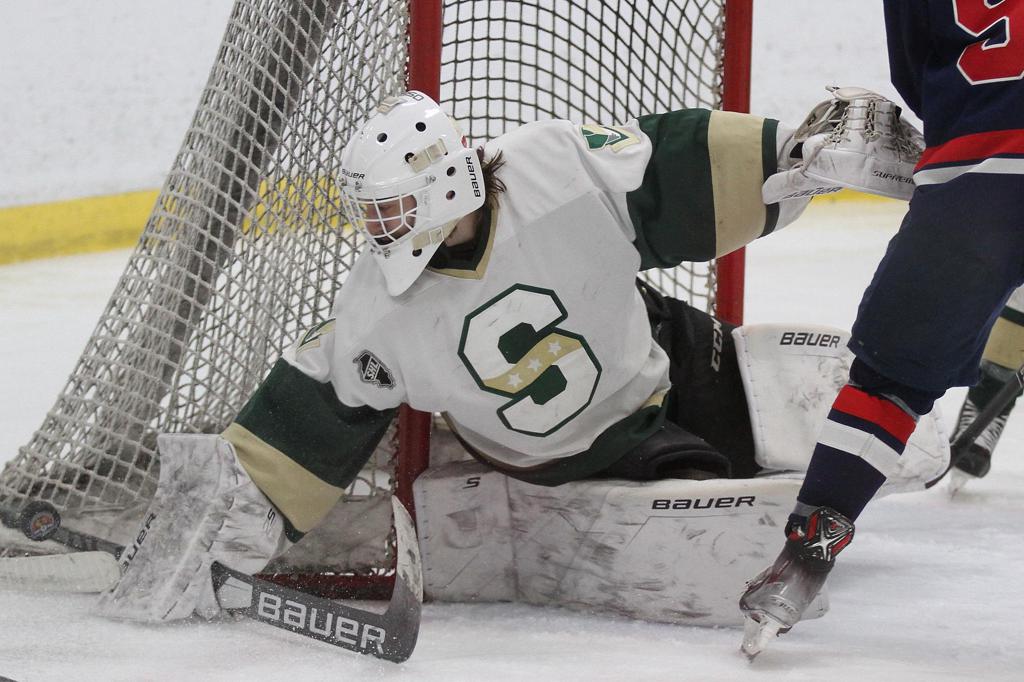 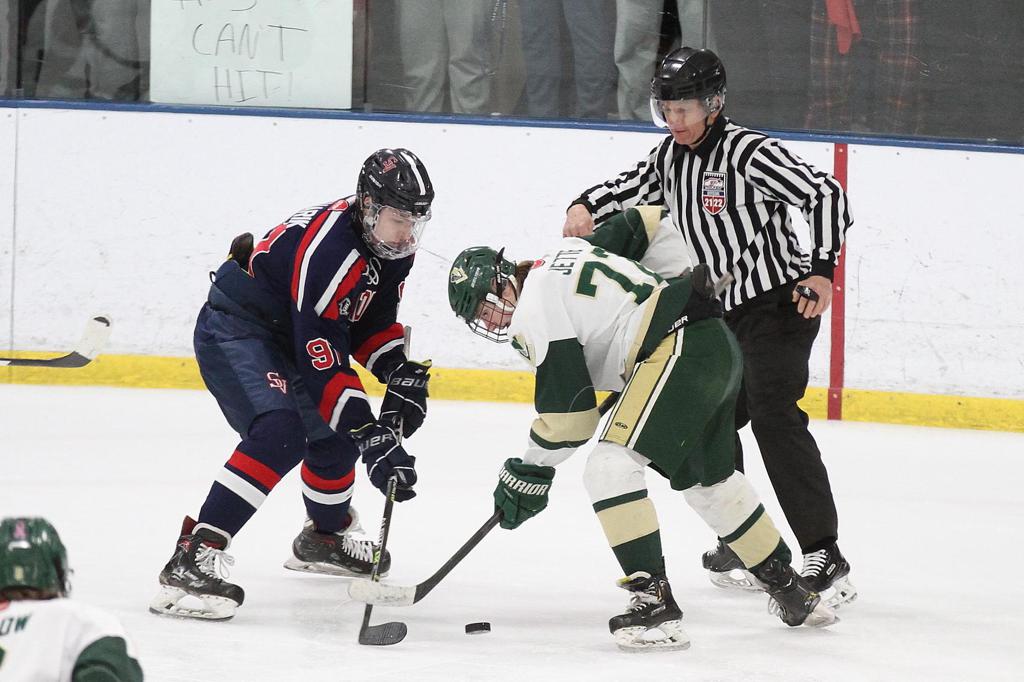 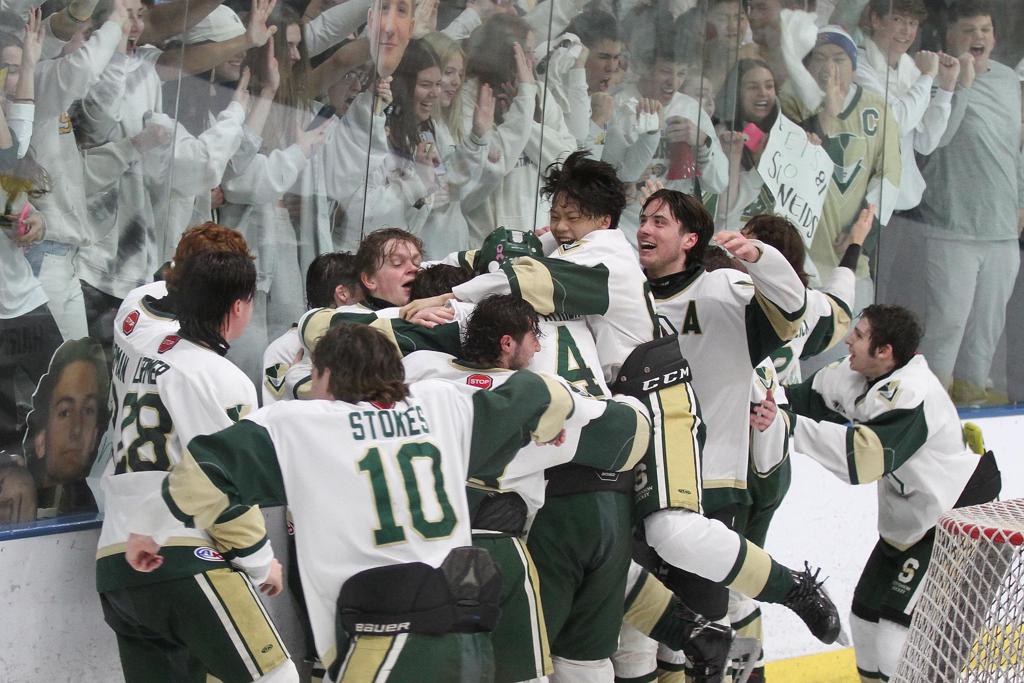