WILMETTE — When the final buzzer sounded on Loyola’s 3-1 SHL tournament championship win over New Trier, the Loyola coaching staff watched their players shed their sticks, helmets, and gloves all over the ice as they raced over to a dog-pile celebration behind their net.

“That’s really cool to see and we’re just really proud of them,” Loyola coach Scott Ciraulo said. “It’s all them. They put a lot of work in and the SHL playoffs are not easy. Three-game series and then doing it during state (playoffs) — it’s a lot of credit to the guys for being able to step up and beat a really good New Trier team.”

After losing the regular-season series 2-1 to New Trier, Loyola’s 6-2 and 3-1 wins and a series sweep in the SHL finals felt particularly good to the Ramblers.

“It’s the best feeling,” Loyola captain Ryan Cowen said. “All I wanted was to get that trophy back in my hands after last year. That’s all I was thinking about going into (Game 2). I didn’t want it to go to three games.”

Prior to the SHL finals, New Trier had been rolling along, scoring goals at a high rate in going 19-0-1 in its previous 20 games. The Gold team put an end to that dominant run with a diversity of scoring and by clamping down on a Trevians offense that had been flying high.

“Our coaching helped us a lot. We spent a lot of time in practice just going over what they do and being able to break the puck out against them,” defenseman Cowen said. “And our defensive coach, Dustin Lockwood, talked to the defense before every game, telling us we had to lock it down and be mean in front of the net to get bodies out of the way, so our goalies could see the puck.”

Those goalies, Cirian O’Brien and Bradin Haynie, both played rock-solid between the pipes during the series and it was Haynie’s turn to shine in Game 2.

The box score shows that New Trier posted a 47-26 edge in shots, but Haynie and a Ramblers team that showed a willingness to sacrifice bodies met the challenge.

“We outshot them by a decent amount,” New Trier coach Chad Bidwill said. “Their goalie played well and they got in the shooting lanes and blocked a lot of our higher percentage shots. And scoring one goal, you’re not going to win too many hockey games.”

Game 2 saw Loyola strike first on a Nicholas Malaniuk goal at the 9:24 mark of the first period, on assists from Schreiber and Zach Waltman. Ryan Boersma made it 2-0 when Garet Grady sent a puck to Jack Gustafson on the right side, Gustafson found Boersma in front of the net, and Boersma buried it on the power play at 1:31 of the first period.

Captain Boersma’s goal ultimately stood up as the game-winner.

“I feel like there’s been some fire in our team since we were the number two seed,” Boersma said. “We kind of embraced that underdog mentality. In our locker room we believed we were the better team and I think we’ve started to prove that.”

New Trier’s Blake Faulkner buried a rebound midway through the second period, with Will Kroeger and Joseph Budington getting assists on the play but that would be the Trevians’ lone goal of the game.

Loyola’s willingness to block shots became prominent from there.

“It’s just a team attitude,” Boersma said of blocking shots. “Sometimes it starts with one guy. One guy does it and everyone erupts on the bench, and then you’re getting ten pats on the head and it becomes contagious for the next guy. It’s something that goes a long way.”

With 12 seconds left in the second period and Loyola on the power play, Gustafson found a spot at the back door on the right side, and Grady found him there for the goal.

Gustafson had a hat-trick in Game 1 and his goal in Game 2 gave him 33 goals and 33 assists in a stellar senior season.

“That Grady, Gustafson, (Max) Gabal line has been lights out on offense for us,” Boersma said.

Malaniuk also had a goal in each series win, while Will Schreiber, Keaton Lillybridge and Grady each netted one goal apiece in the series.

“We got a couple on the power play and I also thought our bottom six won a lot of shifts, and that’s really important this time of year,” Ciraulo said. “We’re really proud of the depth that we’re seeing from all those guys.”

New Trier posted an 18-5 edge in third-period shots but couldn’t find another goal.

“The second game I thought we played okay. I thought we took some dumb penalties but I also thought the refs didn’t give us a fair shake on a couple of those calls.”

Next up for Loyola and New Trier are the AHAI state semifinals. New Trier plays Saint Viator at 6:30 p.m. and Loyola plays Stevenson at 8:25 on Wednesday at The Edge Ice Arena in Bensenville, in an all-SHL state semifinal round.

GAME NOTES:
New Trier
New Trier went 2-1 against Saint Viator during the regular season, winning 2-1 in a shootout on Dec. 1 and 5-2 on Jan. 29. Saint Viator beat New Trier 3-2 on Oct. 30.
The Lions battled Loyola in their SHL playoff series and the Trevians know they’ll have their hands full in a one-and-done state semifinal on Wednesday.
“They’re very scrappy,” Bidwill said of Saint Viator. “They lost both games to Loyola in overtime and they work extremely hard. They play a gritty style and against teams like us and Loyola that try to use their skating and skill, that can be problematic if you don’t want to match that intensity and bang with them. But we’ve got two practices to try to iron out the kinks and hopefully hit the ground running on Wednesday.”
The Trevians were obviously disappointed with their loss on Saturday to Loyola but a program with a rich state title-winning history like New Trier Green has been here before.
“At the end of the day, it’s all about state and the season’s not over,” Bidwill said. “So now they have the opportunity to come back. Historically speaking, we haven’t done that well in the SHL championship. So now we have to wash our hands, hit the ice running Monday and Tuesday and have some good practices, and we’ll see what happens Wednesday night. But I like our chances.”
Loyola
Loyola takes on a Stevenson team in its state semifinal that beat the Ramblers twice in regular-season SHL play; 6-3 on Oct. 14 and 3-1 on Nov. 17. Loyola beat Stevenson 4-3 in a shootout in their last meeting on Jan. 6.
“That will be an all-out battle for both teams,” Cowen said. “We played them three times and only beaten them once. They work so hard. I really respect their work ethic. They put together a great team and everyone is working hard, and that’s how they win their games.”
Ciraulo agrees, but sees more to Stevenson than just hard work.
“They’re good on the rush and do a good job of getting three or four guys up the ice,” Ciraulo said. “We have to have guys tracking back and finding those guys. You want to break the puck out clean, get in on the forecheck. They also talk about being a grinding team but they also have a lot of skill.”
After Saturday’s win, Boersma tipped his hat to the effort his side put forth in holding New Trier to 3 goals in two games.
“(Goalies) Cirian O’Brien and Bradin Haynie are playing out of their minds,” Boersma said. “Our defensemen have embraced their roles and they’re definitely the backbone of this team right now. They allow our offense to do what it’s been doing.
“Then you have guys like Bobby Sharfstein giving a hundred and ten percent every time he’s on the ice, and that’s just contagious.” 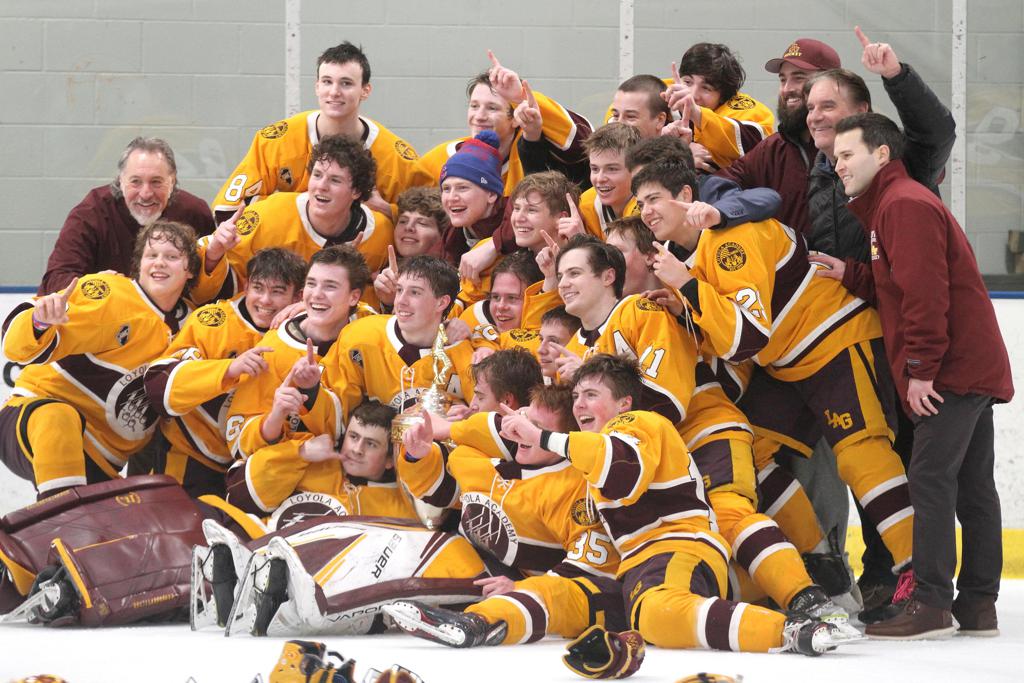 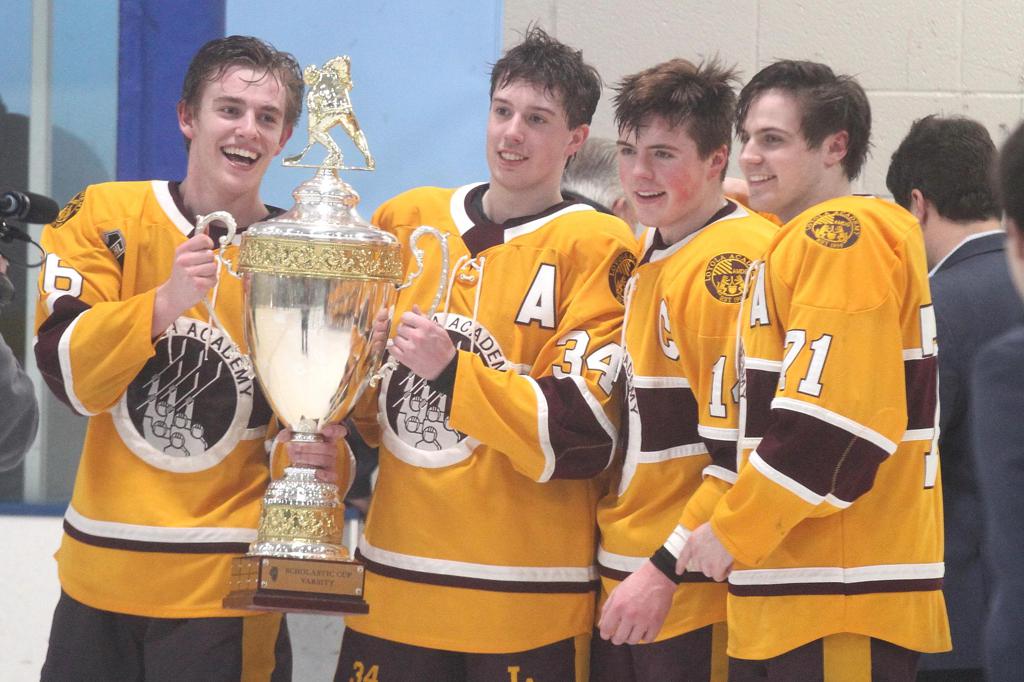 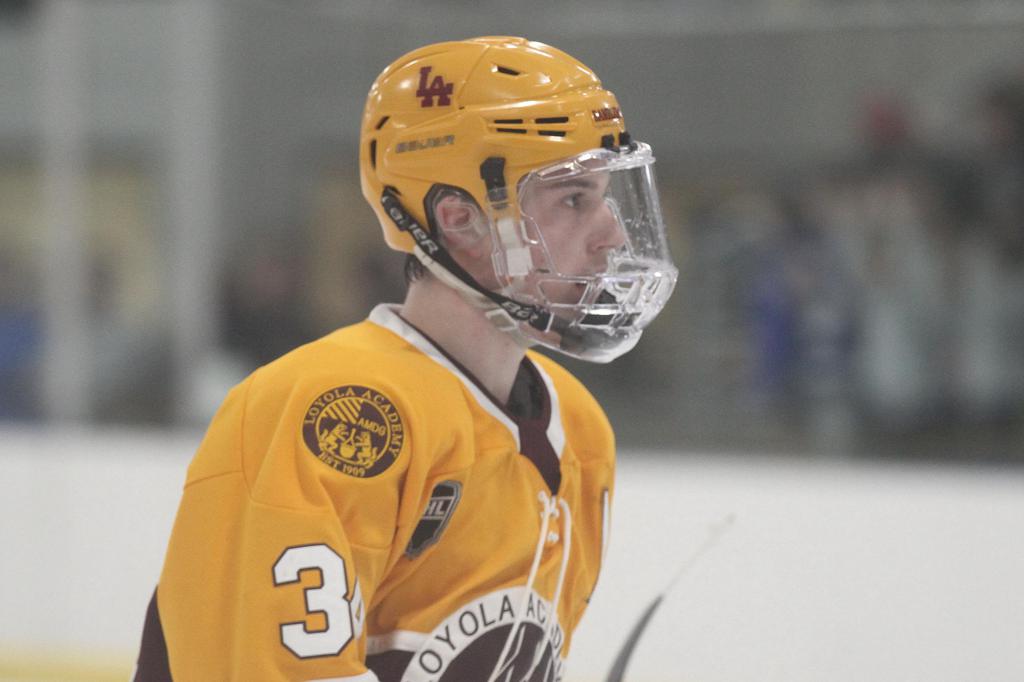 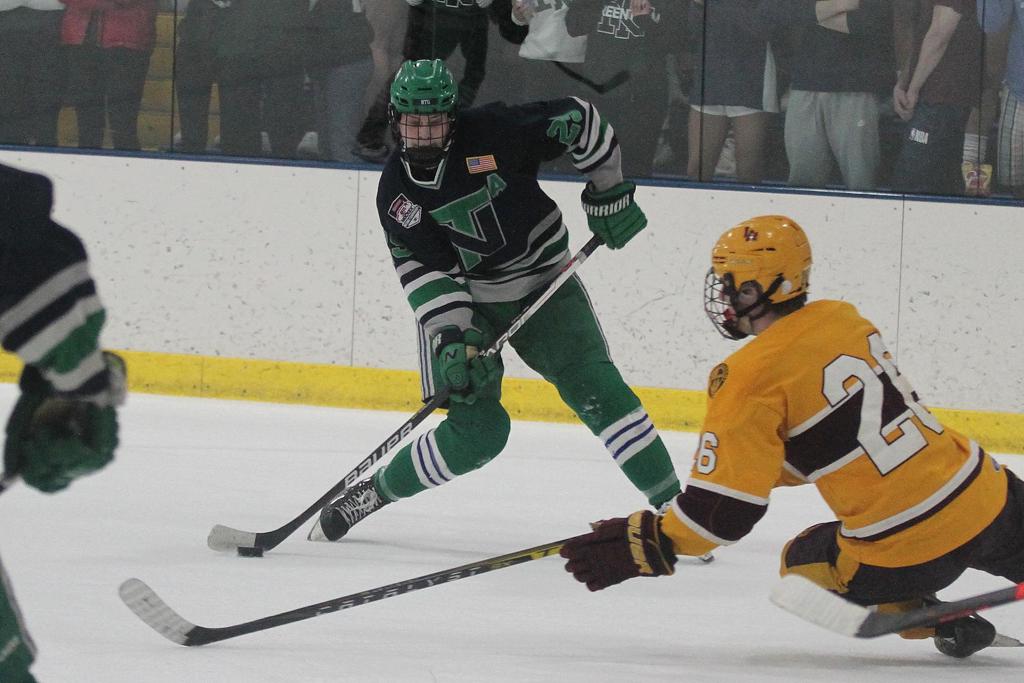 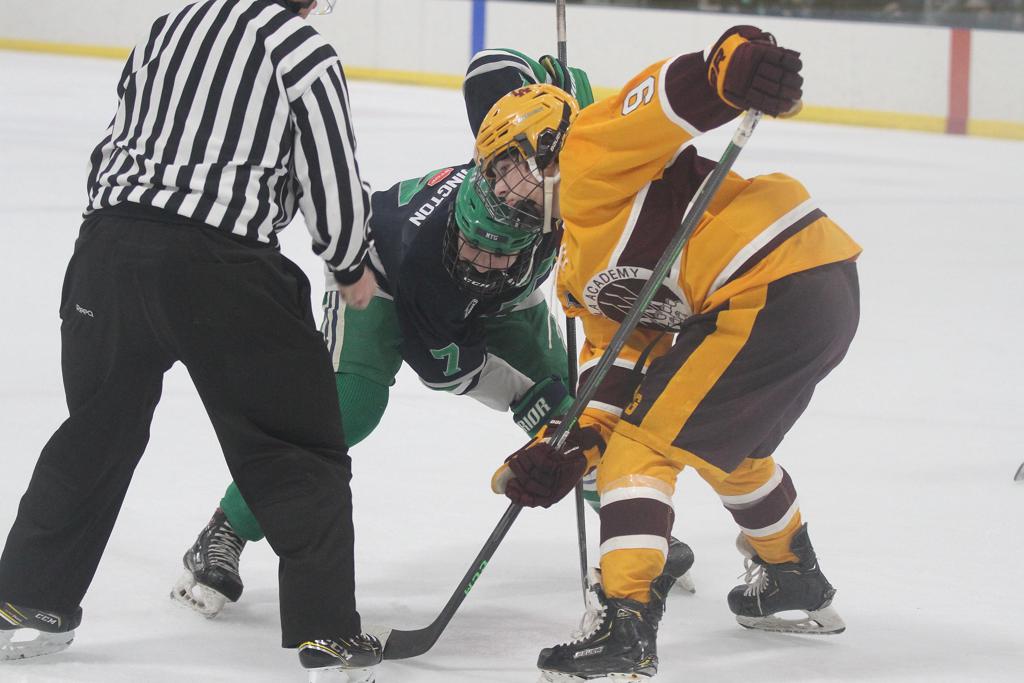 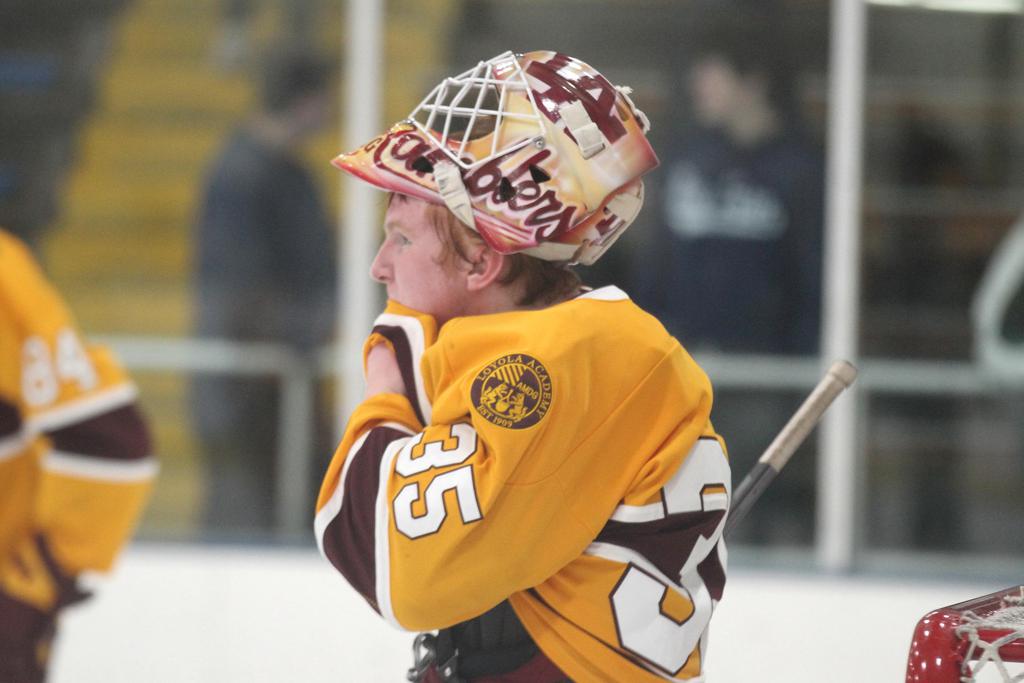 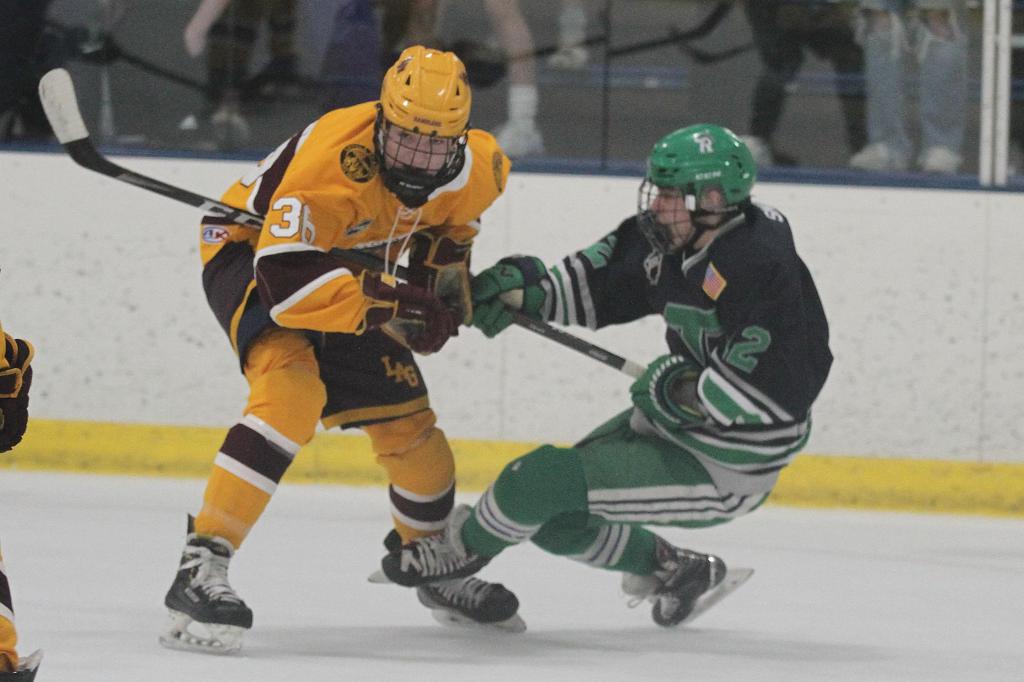 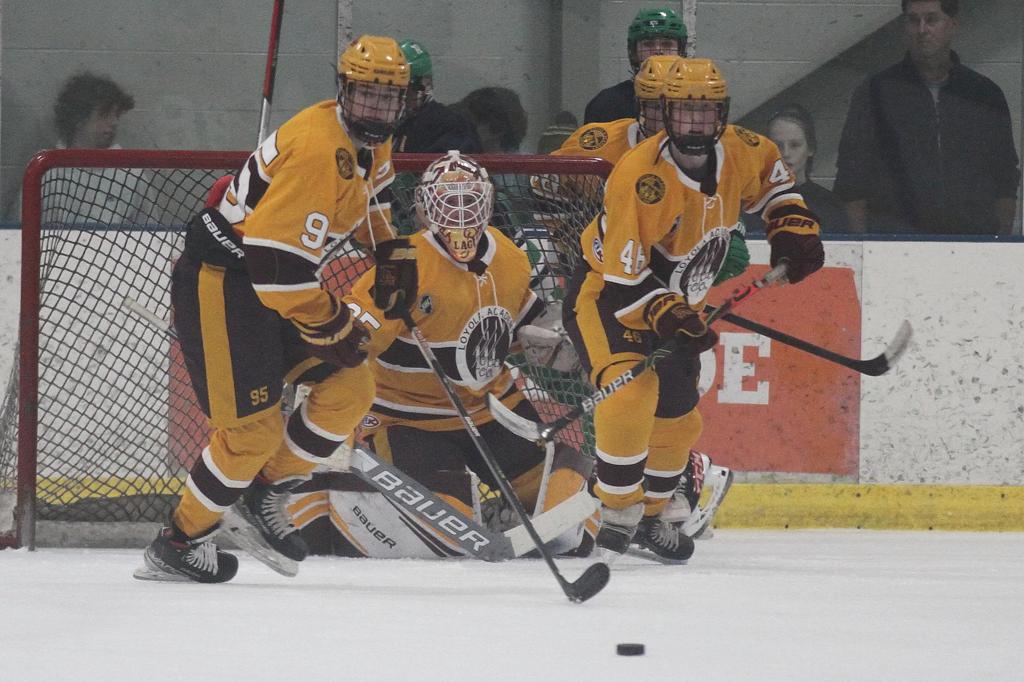 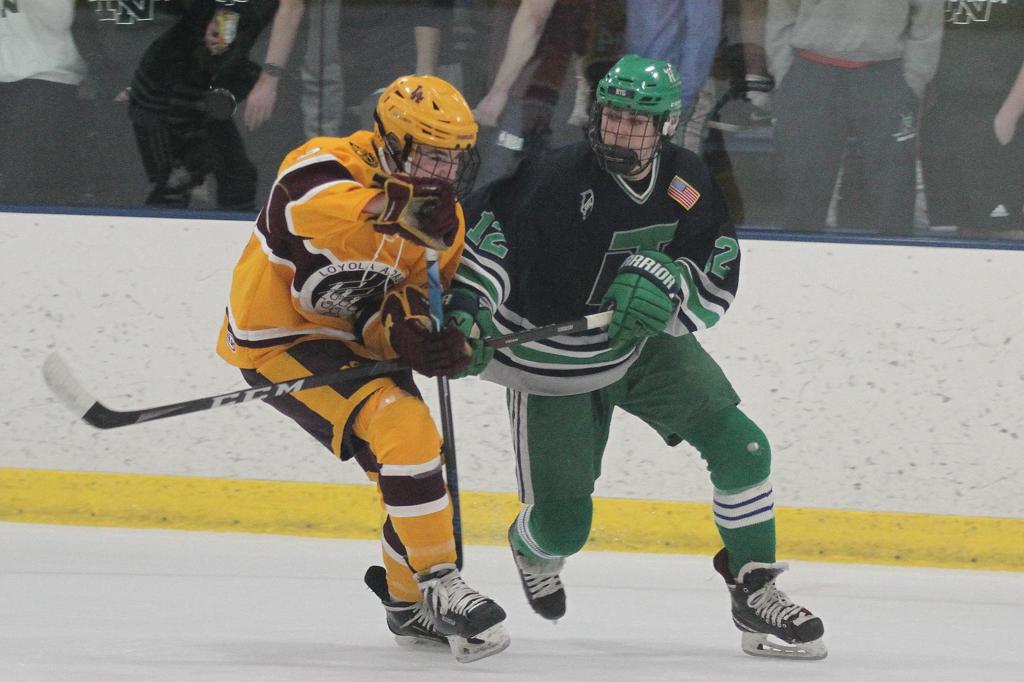 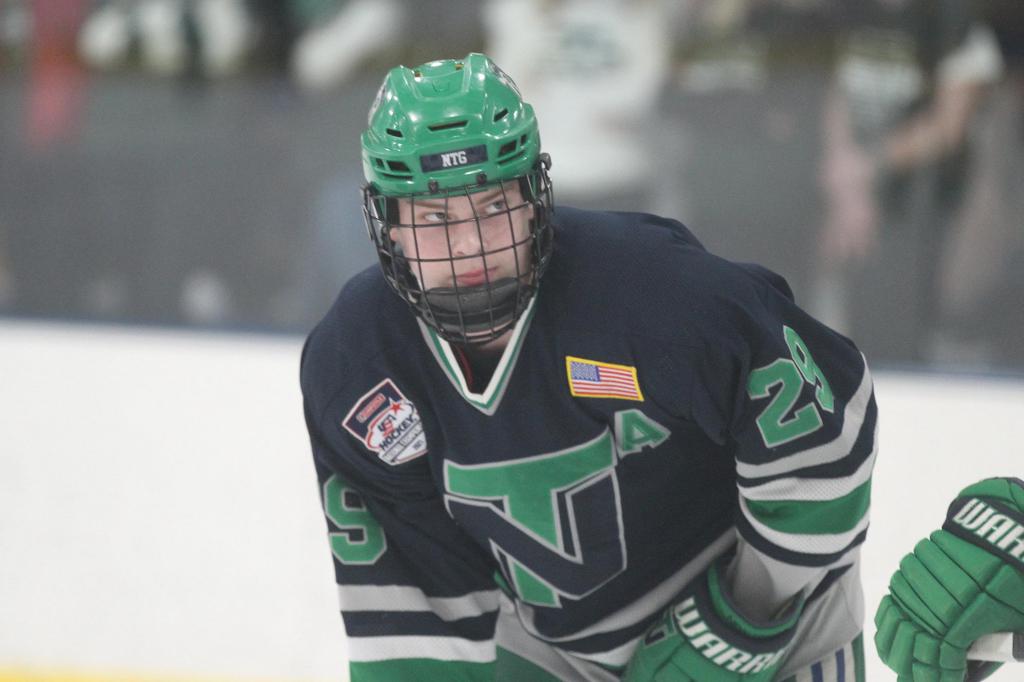 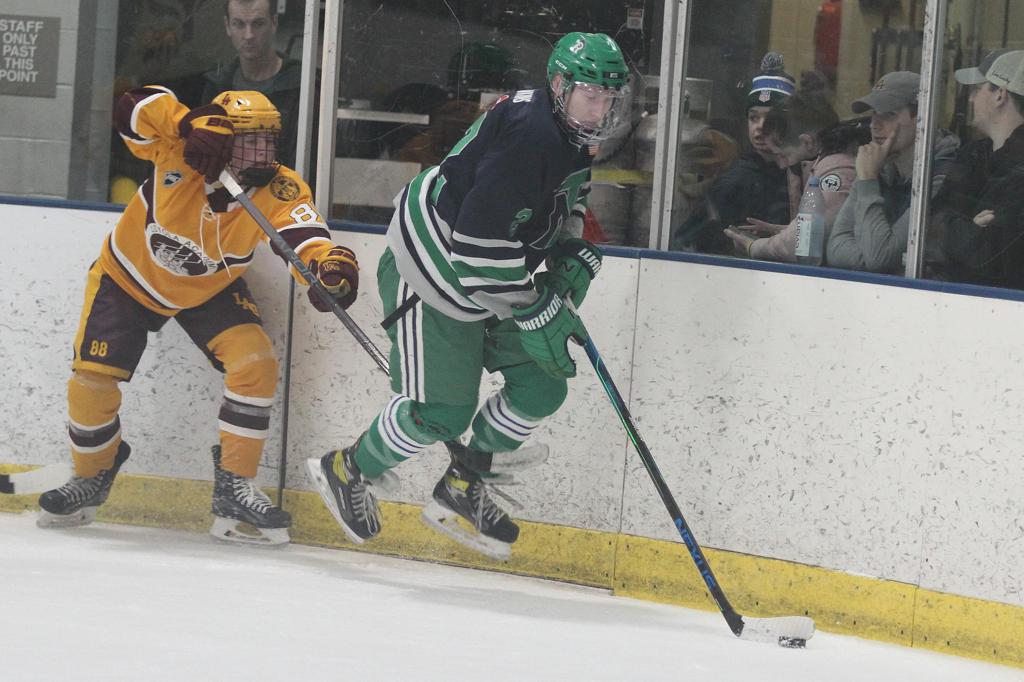 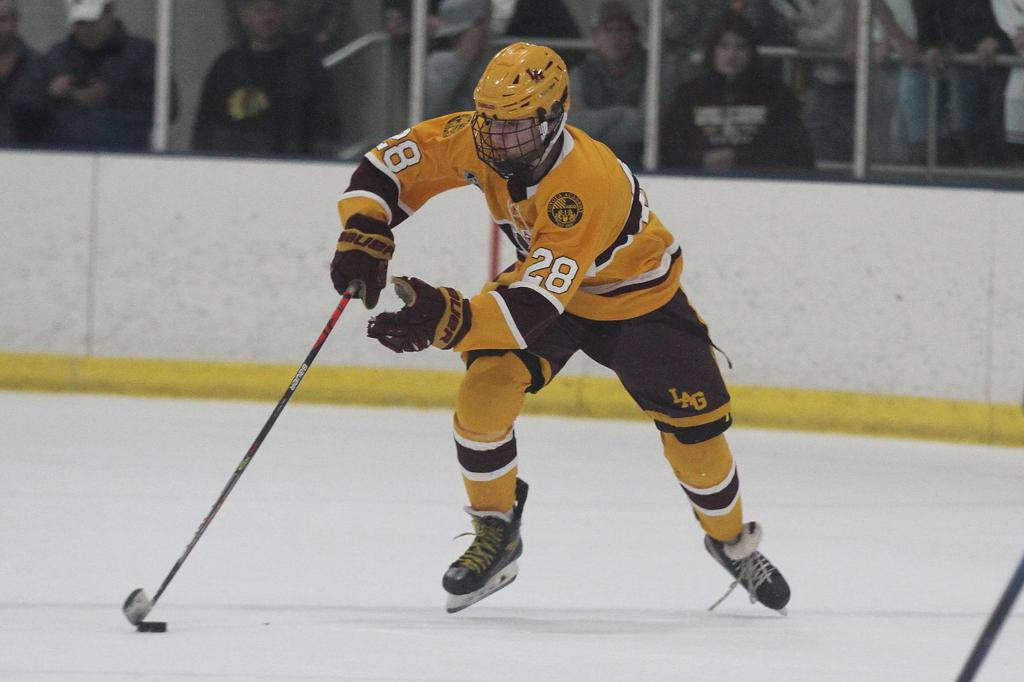 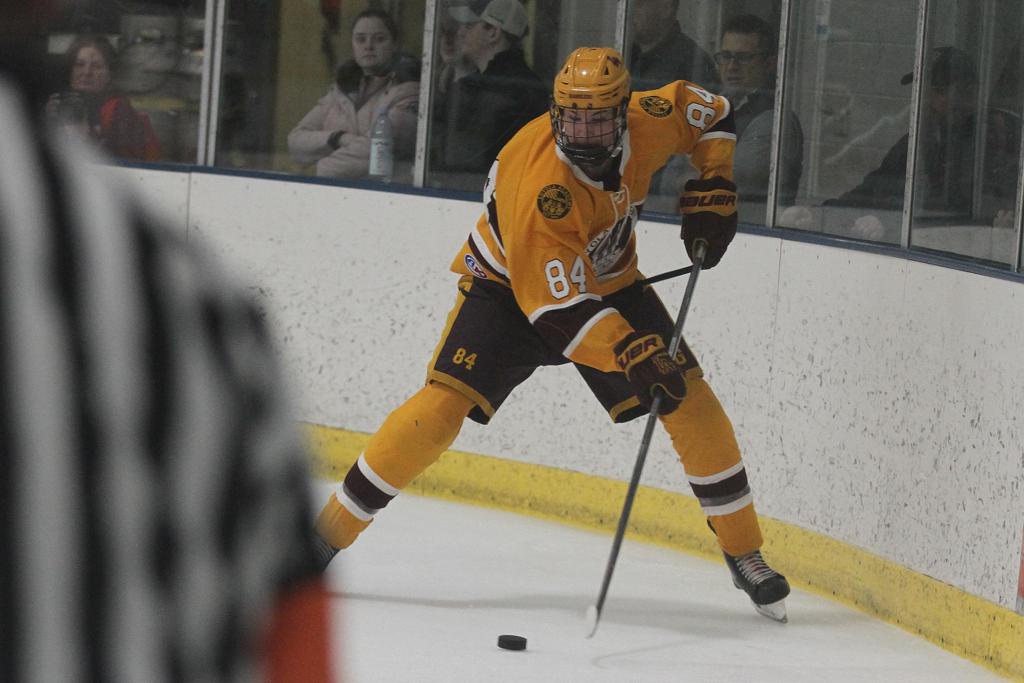 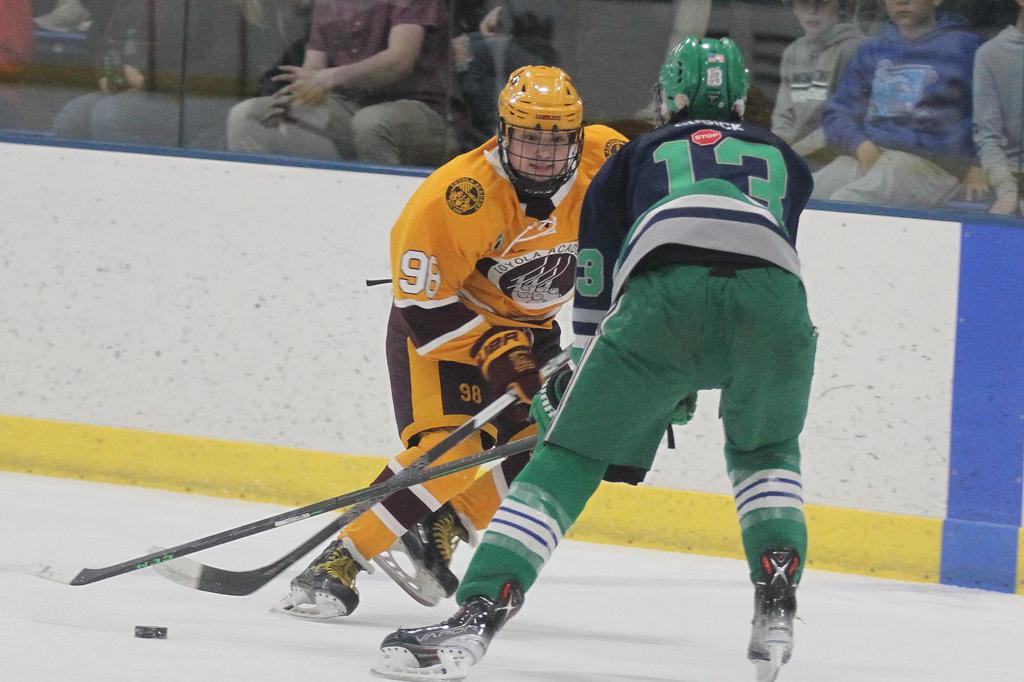