BUFFALO GROVE — Don’t look for New Trier coach Bob Melton to put any cart ahead of any horse where his hockey team is concerned, even after the Trevians followed an overtime win over top-ranked Loyola on Sunday with a 5-1 win on Tuesday over No. 2 Stevenson.

New Trier (13-5-0) may be on a hot streak but Melton has his feet planted firmly on the ground of cautious optimism moving forward.

“I’m hoping this is now who we are,” Melton said.“I hope we can keep this up because they’re working really hard and they’re having fun. As I’ve said all year, we’re not the most skilled Green team. But if they work like this, good things happen and I hope we’re finally putting it together.”

Stevenson (15-8-0) had its hands full with a New Trier team playing fast and getting bodies to the net for the kind of lunch-bucket goals that its coaching staff has been asking the Trevians to seek out all year.

“We struggled with scoring all season in getting those gritty goals but we’re starting to click now and we’re playing well,” New Trier forward Landon Douthit said. “We’re feeling good and we want to keep it going.”

Stevenson’s goal came off the stick of Max Poretto on assists from Nolan Jones and Dylan Jette, but the Patriots were out-shot 27-14 for the game and those 14 shots weren’t necessarily what coach Tom Wood would have liked to see.

“Guys weren’t shooting high-quality scoring shots, they were shooting from the outside,” Wood said. “We have to get to those traffic areas and get shots and get rebounds. The way New Trier played tonight is the way you’ve got to play. Three of their five goals were banging pucks in off of rebounds and tips.”

The first goal of the game came when New Trier’s Jack Hawkins fired from the edge of the circle, deep on the right side at 2:53, on assists from Henry Miller and Henry Fleetwood.

Stevenson tied the game a minute later on a Max Poretto goal, with assists from Nolan Jones and Jette. The first period ended in a 1-1 tie on the scoreboard and a 7-7 tie in shots on net, but the next two periods told a different tale.

New Trier posted a 20-7 edge in shots and a 4-0 edge in goals scored in the second and third periods.

“I think our lines right now are just really clicking together,” Douthit said. “We changed up our lines a little bit for the Ho Ho tournament over the break and it went really well. We scored a lot of goals in that tournament. Now every line is going and everyone has been playing great.”

“We’re getting contributions from a lot of players, and that Chessen-Balz-Walker line has really picked it up for us,” Melton said. “And our goaltending has been great, Durdov against Loyola and Dean (Lawrence) was great tonight.”

With key defenseman and captain Will Kroeger absent due to injury, other Trevians stepped up. Hawkins, Cusick, Enright, Joseph and Jayson Rabinowitz and Aleks Cheris, and Vincent Enright all chipped in, in ways big and small, to help cover for Kroeger’s absence on the back end.

“Joey Rabinowitz stepped up big tonight,” Lawrence said. “He had a big game and stopped a two-on-one. It’s nice any time we can score five. It takes a lot of stress off of me. We did a good job tonight. All of our forwards were doing their job, putting pucks in deep, forechecking hard, and putting pucks on net.

“Henry Fleetwood is always blocking shots, (Hawkins) was putting pucks on net, Tyler Smith has been doing good — but literally everyone on our roster played well tonight.”

Tuesday’s loss was the third straight in SHL play for the Patriots, after an overtime loss to Loyola and losses to Carmel and New Trier. With forwards Davis Jegers and Dylan Jette working to get their legs back under them after multi-week absences for assorted reasons.

The holiday break wreaked a bit of havoc on the conditioning of many SHL teams this year, and the Patriots were one of those.

“I think we got a little out of shape,” Wood said. “We looked a little slow tonight. We’re not quite in typical shape. The guys that score our goals aren’t in their best shape right now but we’ll be fine. The trend right now is just a little frustrating.”

The Patriots weren’t without quality performances despite the loss.

“I thought Alan Wu and Rafael Biedron played well,” Wood said. “(Wu) is finally getting in shape and he looks great after being out for a couple weeks. Early in the year he scored a couple big goals, and now he and Poretto are finally kind of back to normal.

“And (Biedron) is a big guy, he shoots hard, and when we play big games like this one I’m never worried about him being physical enough. He’s a rock." 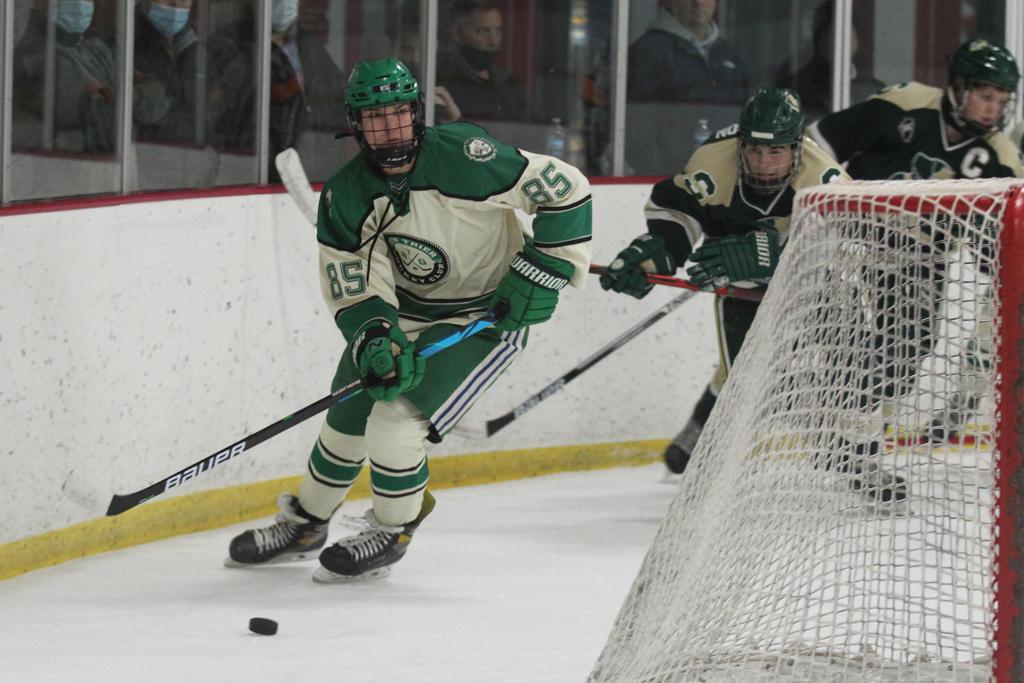 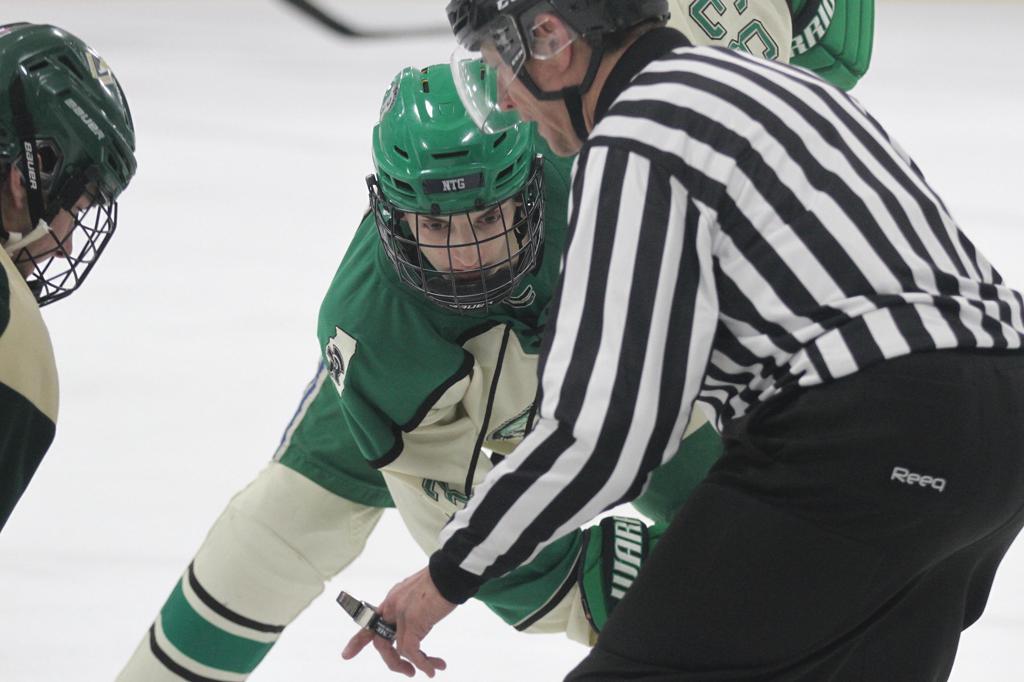 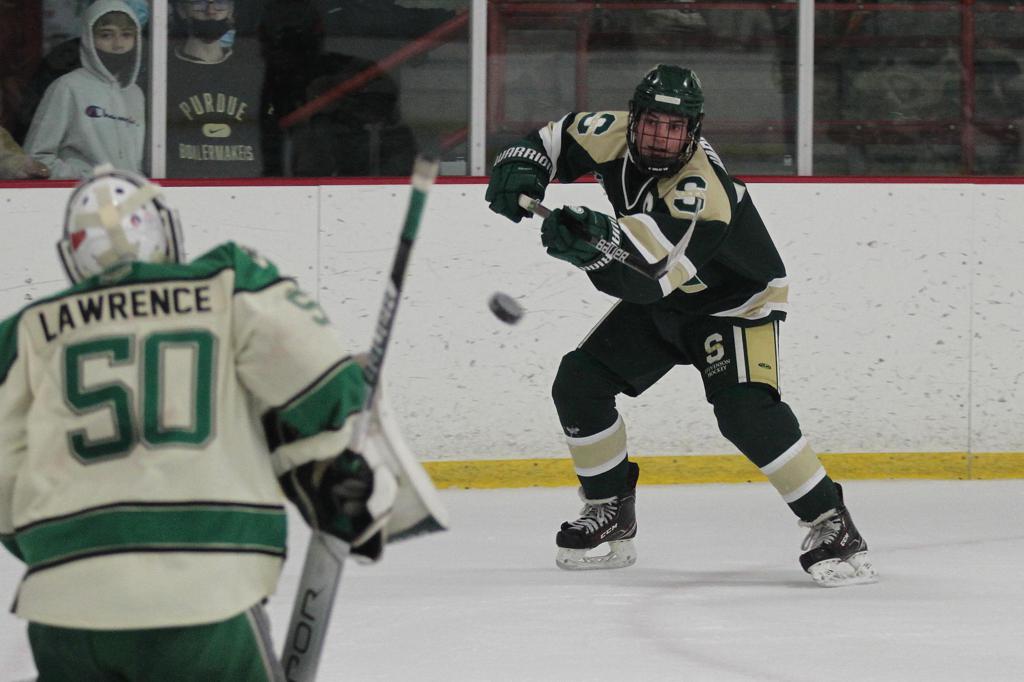 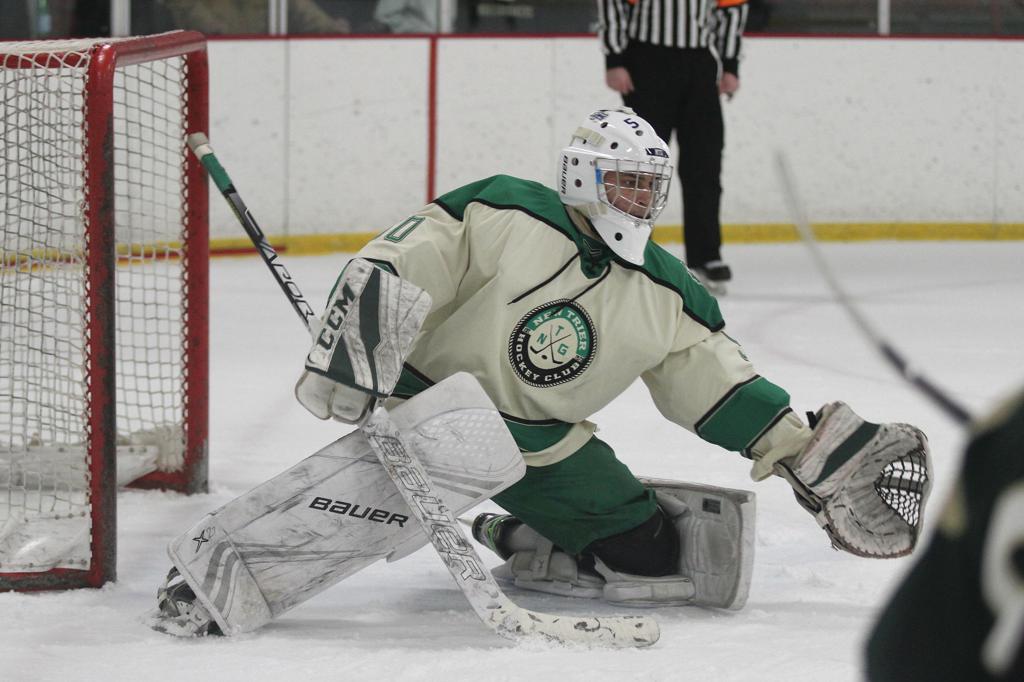 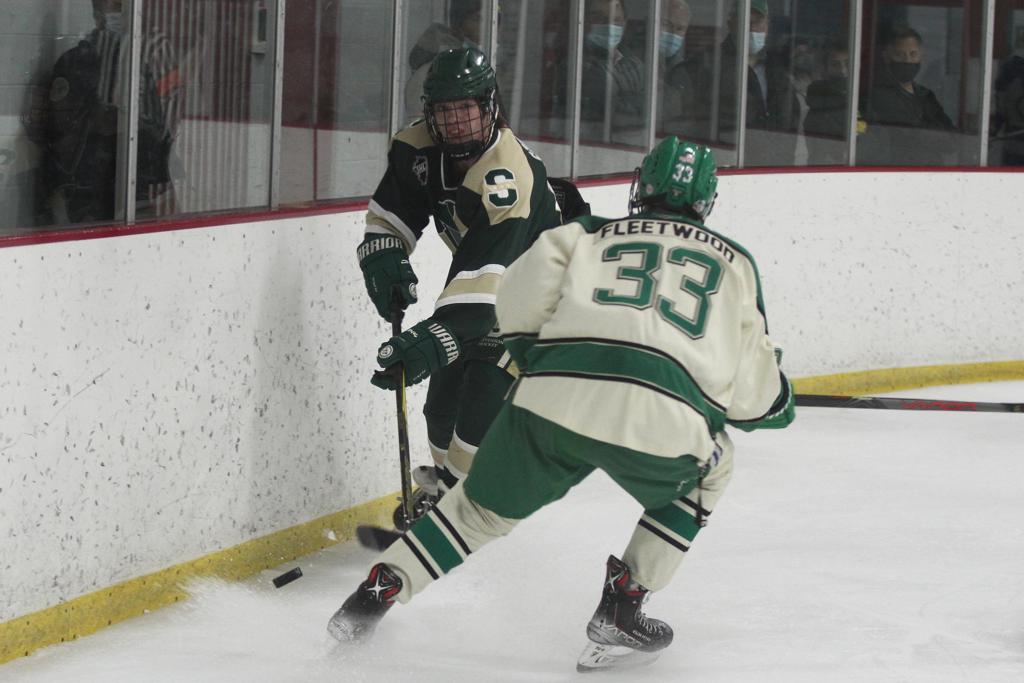 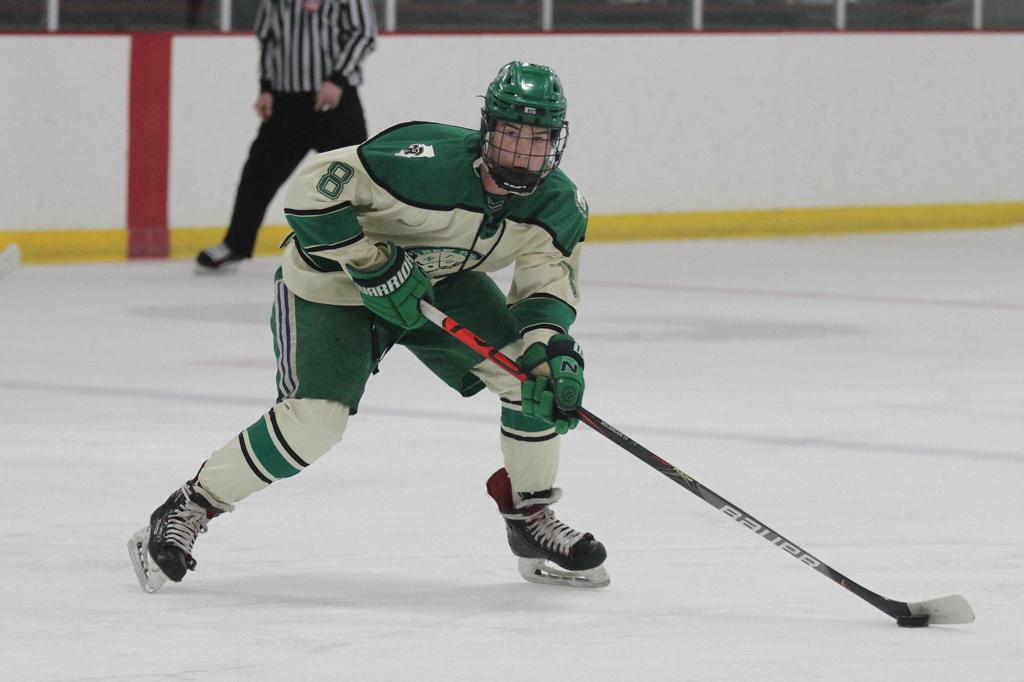