WILMETTE -- The roar of the capacity crowd when host Loyola and New Trier simultaneously raced out onto the ice for pre-game warmups fit the cliched definition: it was deafening.

“It’s great. It’s pretty unreal,” Loyola forward Keaton Lillybridge said. “It’s one of the most unreal experiences of any games you ever play in. It really inspires you and makes the game that much better.

“And winning it makes it even better.”

The American Heartland Ice Arena in Wilmette was rocking for Saturday’s annually wild and wooly December matchup between the Ramblers and Trevians. A riotous throng of students in the stands, alumni players from both programs, and people standing three-deep behind the glass saw Loyola win 3-1 over New Trier.

After unassisted goals in the first-period goals from Loyola’s Ryan Boersma and New Trier’s Joseph Budington, Lillybridge scored twice in the second period on assists from Bobby Sharfstein and Garrett Grady to give the Ramblers the win.

“I’m really happy for them. It’s been a long time coming,” Loyola coach Scott Ciraulo said of his boys. “It’s been two years since we beat that team. It was a good game with a lot of intensity, and the crowd made it fun.”

Loyola (14-3-0) struck first just 44 seconds into the game when Boersma swept in on the left side, got around a defenseman and scored. New Trier (10-5-0) answered little more than a minute later when Budington scored from the right side to tie the game.

New Trier finished the first period with a 12-6 edge in shots but Loyola goalie Cirian O’Brien wasn’t having it. After Budington’s goal, O’Brien made several quality saves to help keep the Trevians out of net for nearly the next 50 minutes.

“He stood on his head,” Lillybridge said of O’Brien, “but he always does.”

“There were definitely some missed chances and we played better as the game went on,” New Trier coach Chad Bidwill said. “But we pretty obviously had a bad, slow start.”

That Loyola scored a goal on the game’s first shift pointed to a recurring problem for New Trier this season.

“Were they resilient and did they battle? Yes, a hundred percent,” Bidwill said. “But that wasn’t a good start against a good team, and we’ve got some scoring problems so we’re just not able to claw back into every game.”

The ultimate game-winning goal came on Lillybridge’s first goal, with 5:15 remaining in the second period, and three minutes later he struck again with an insurance goal.

“On the first one, Bobby Sharfstein took the puck from them on an effort play, he moved it to me right in front of the crease, and I put it in,” Lillybridge said. “But that was all Bobby working hard. On the second one, Garrett Grady made a nice pass out to the slot and I was able to put it in.”

Grady tore up the left side along the boards to set up Lillybridge, who finished the day’s scoring with 2:35 remaining in the second period.

Loyola went into Saturday’s game on the heels of a 3-2 loss to Glenbrook North three days prior. The Ramblers took six penalties and gave up two power play goals in the loss — a situation they avoided against New Trier.

Loyola was only whistled for one penalty in Saturday’s win, and that didn’t come until the waning seconds of the third period.

“Discipline,” Ciraulo said. “We had a tough loss on Wednesday so I was interested to see how the team would respond. They came out with a lot of energy and we talked about controlling emotions, and I think they did that in an atmosphere where that may have been difficult.

“(O’Brien) helped a lot and it was our forechecking. We emphasized it all week, we really wanted to get in on their defense, and we were able to do that a few times tonight.”

Bidwill credited New Trier goalie Dean Lawrence with a solid performance, while Ciraulo had a fast answer when asked which other Ramblers he was particularly pleased with. 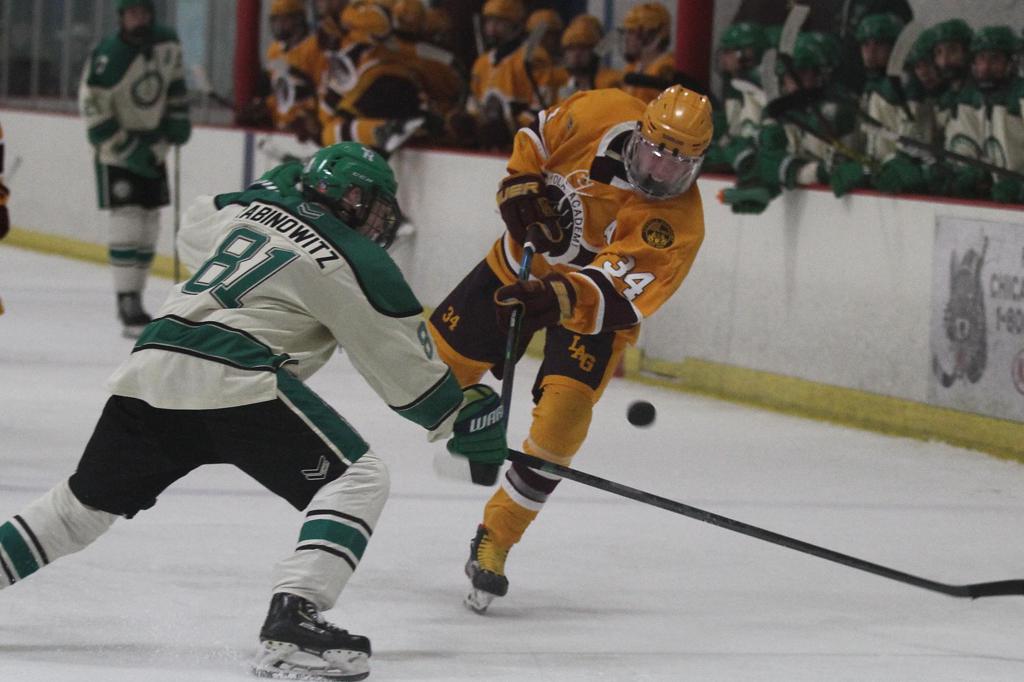 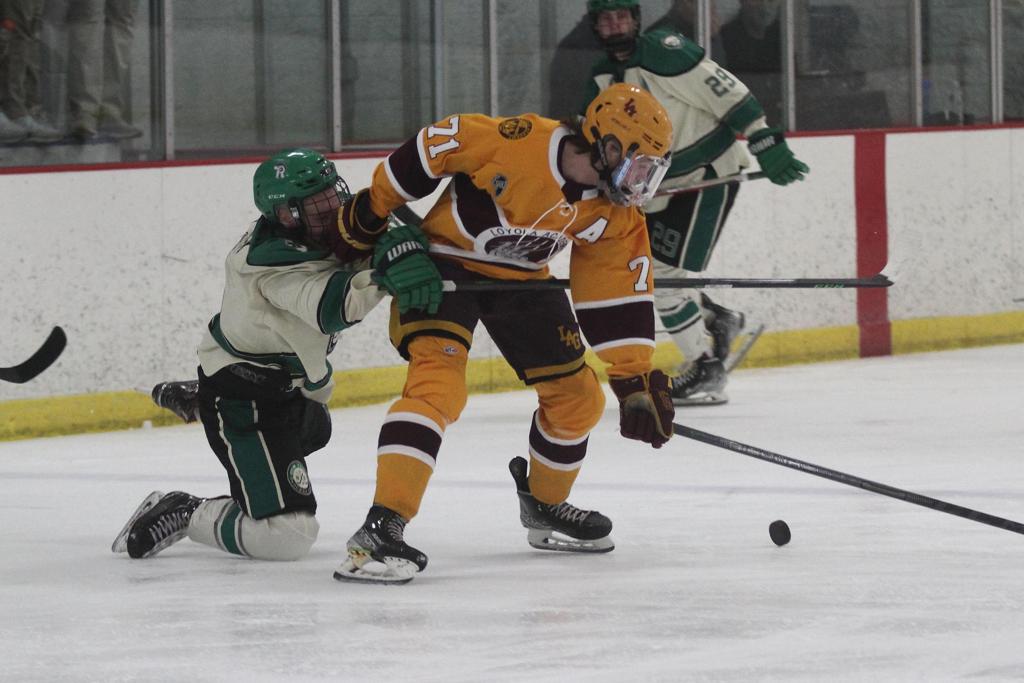 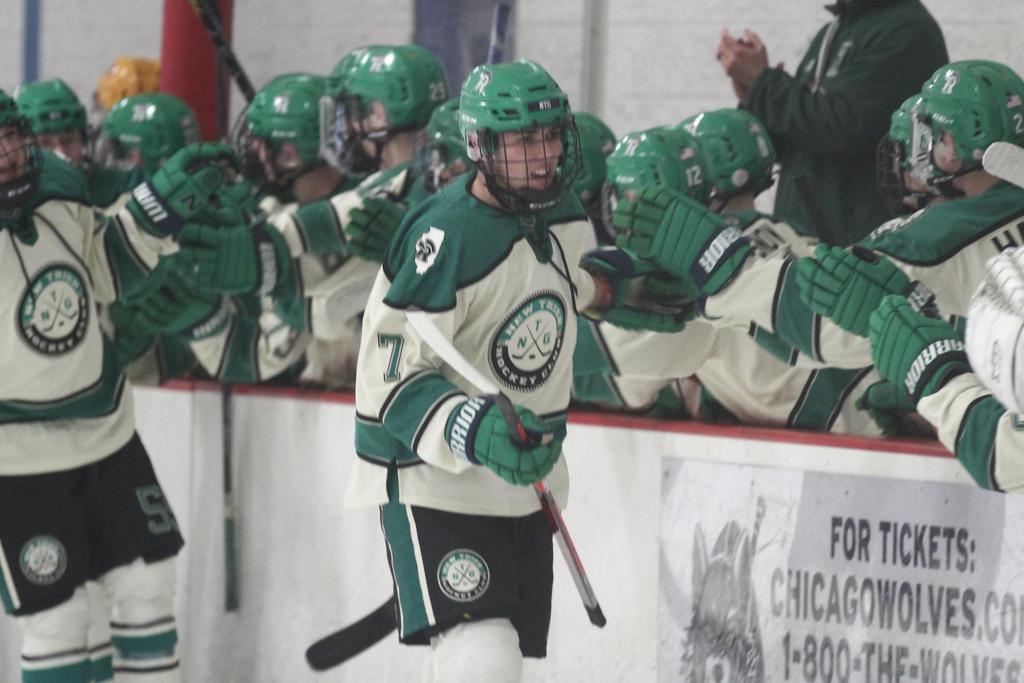 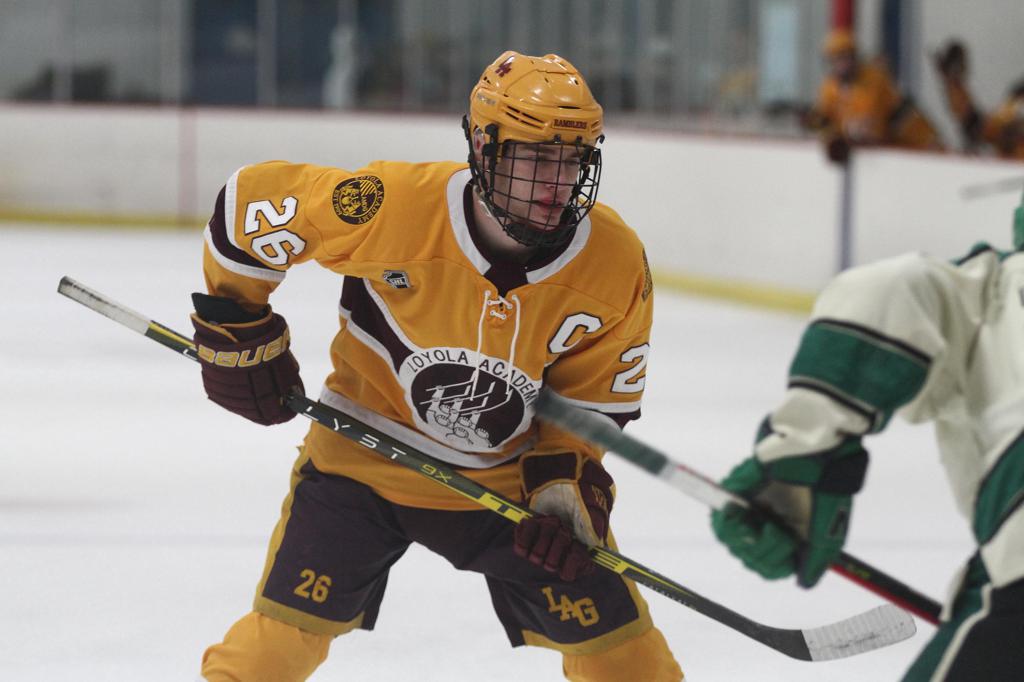 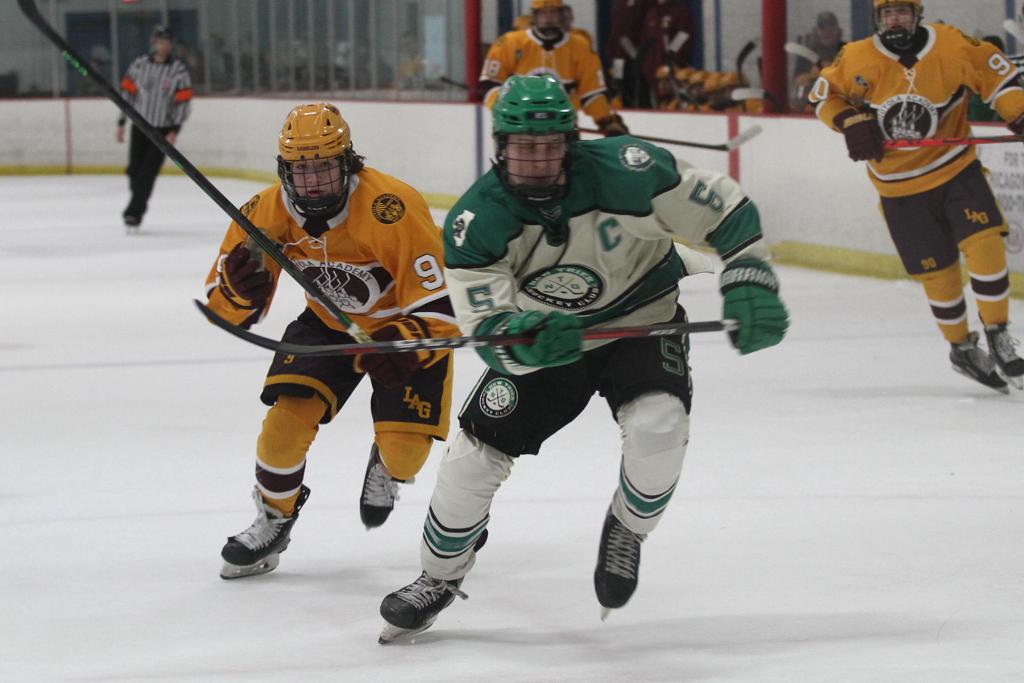 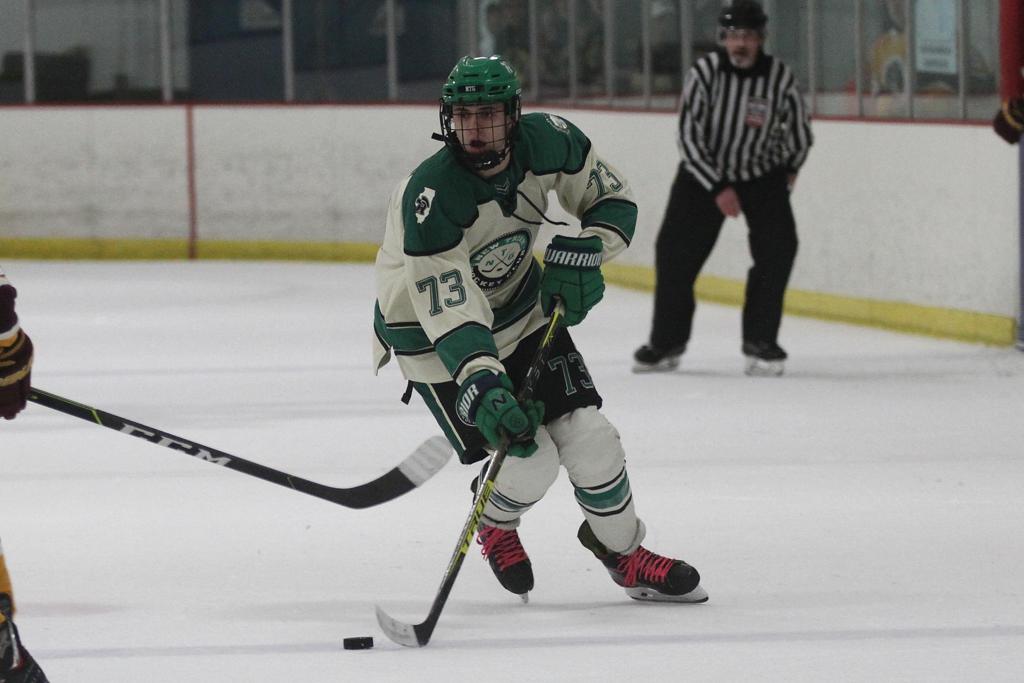 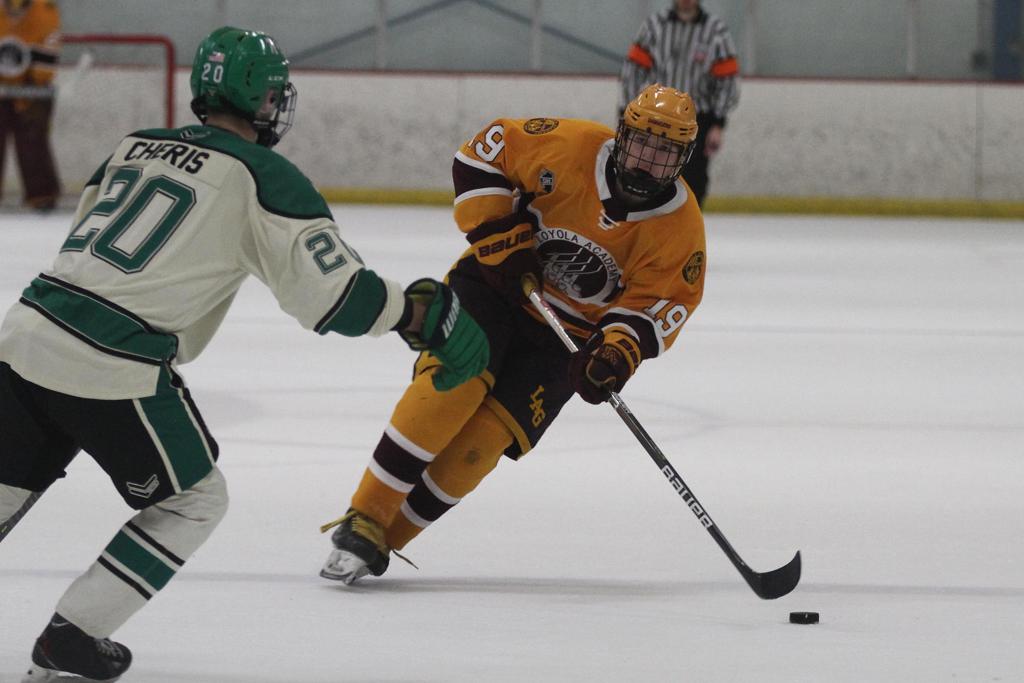 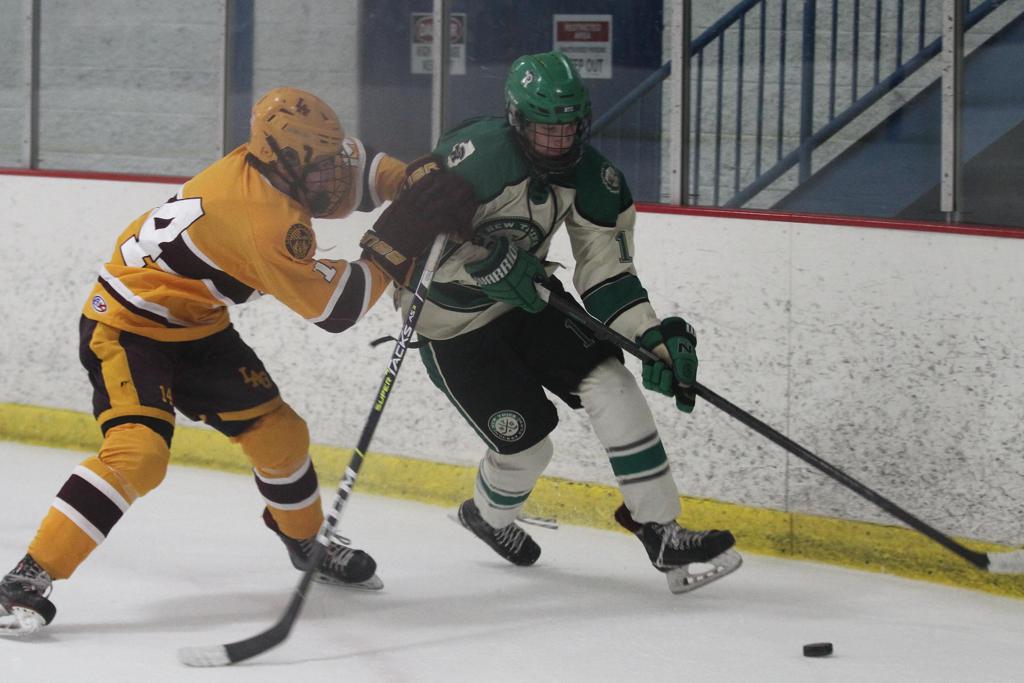 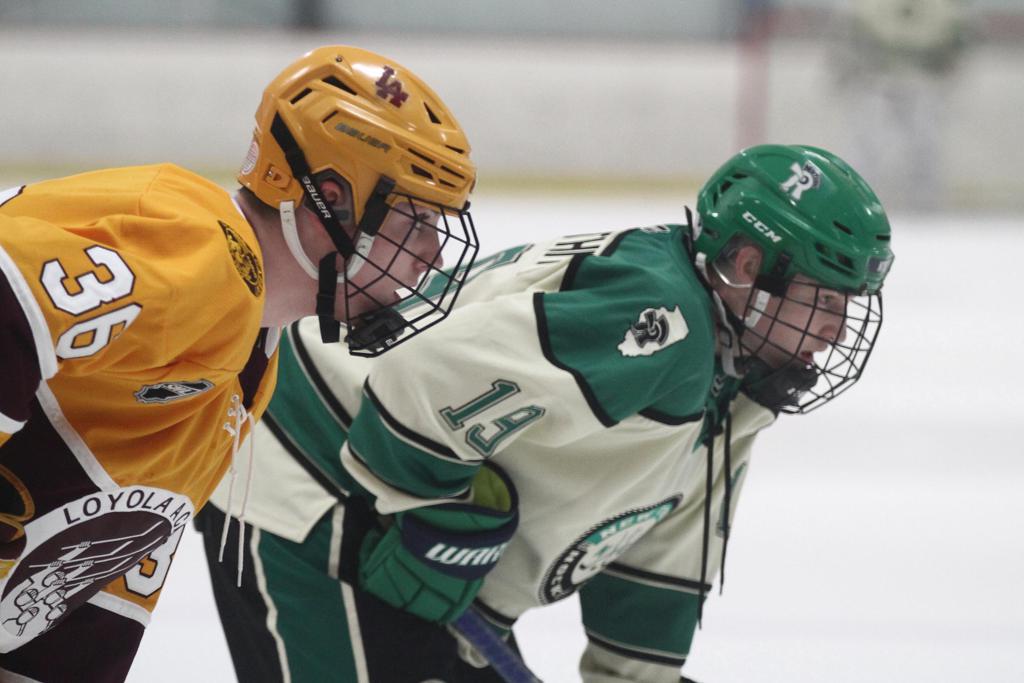 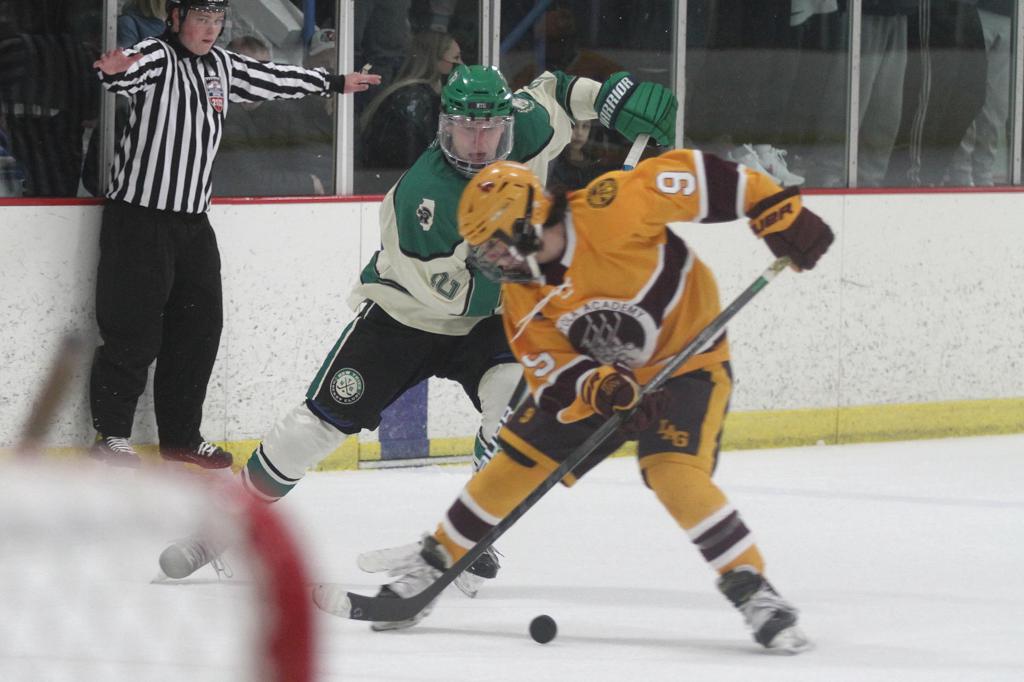 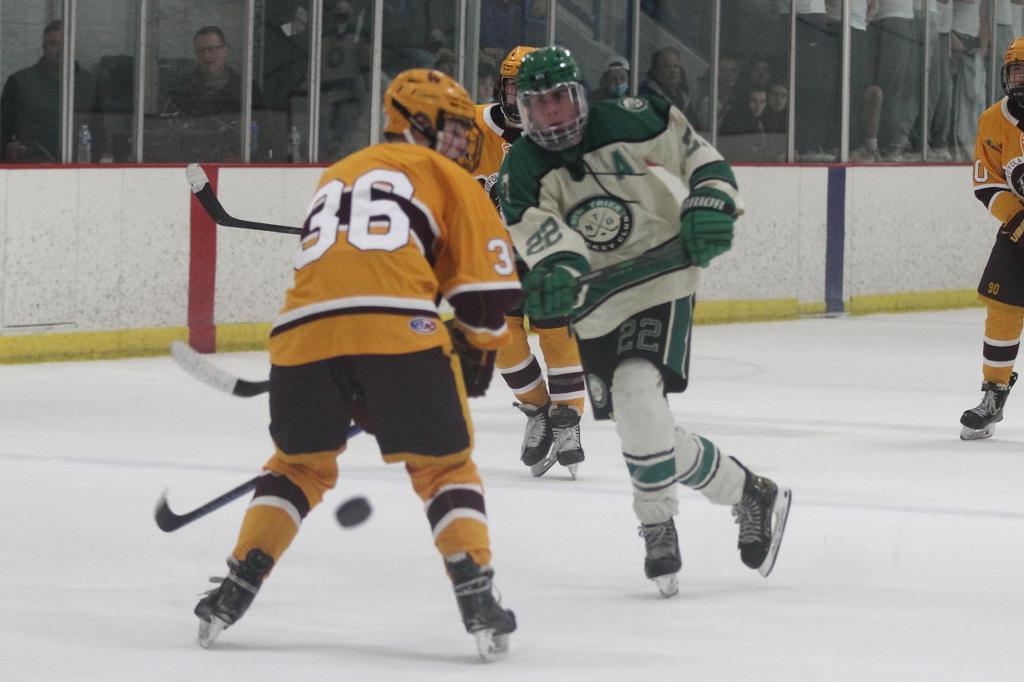