WINNETKA — Hockey is a game for opportunists taking advantage of opportunities. And whenever those opportunities arise, a player just has to be ready.

With his Trevians trailing 1-0 Wednesday and visiting Saint Viator on the power play in the second period, New Trier’s Landon Douthit skated into the neutral zone and saw a puck that gave him an opportunity.

Douthit was ready for it.

“It hit off the ref and it was a one-on-two towards the end of my time on the ice,” Douthit said. “The ‘D’ backed up really far so I just saw a screen and decided to go low blocker, and it just went in.”

Faulkner had the guts of a cat burglar on his shootout attempt, deking his way in to a one-handed, back-handed tuck that ended the game.

“That was a gutsy move by Faulkner,” New Trier coach Bob Melton said. “And that was a big goal for us from (Douthit). We got excited after that and had a lot of opportunities. We kind of controlled the overtime and I thought (goalie) Drew Durdov was the star tonight.”

Durdov played solid all night when pressured, and his shootout save set up Faulkner’s game-winner.

Saint Viator (8-6-0, two OT losses, 18 SHL points) rolled into Winnetka for a 9:10  p.m. game and played a strong first period. The Lions went up 1-0 when Jake Knieling rushed up the right side and found Patrick Neary at the far post with 3:27 remaining in the first period.

Neary buried it for the lone goal through a first period that saw Saint Viator earn a 13-9 edge in shots. The Lions went into Wednesday’s game on the heels of a flurry of games played over the previous seven days.

“We had Stevenson on Wednesday of last week and that was a big (4-0) win for us,” Saint Viator coach Tim Benz said. “Then we had five games over the (Loyola Thanksgiving) tournament, a day of practice and we’re back at it today against Green. We’ve played well and had a lot of hockey in a short amount of time.

“Coming in here at nine o’clock on a Wednesday is a tough slot. We practice predominantly after school so it’s an adjustment for our guys, but we took a point (in the SHL standings) tonight and we could have come out of here with zero.”

New Trier (9-4-0, 18 SHL points) answered the bell in the second period. The Trevians posted a 10-8 edge in shots and killed off two penalties in the first 10 minutes of the period.

It was mid-way through New Trier’s second penalty kill that saw Douthit tie the game. “We definitely played better in the second period,” Melton said. “In the third period we won some shifts and lost some shifts. We found a way to win tonight, and that’s the main thing.”

New Trier posted a 14-4 edge in shots in the third period but couldn’t get one past Saint Viator goalie Michael Massaro. And after facing 13 shots in the first period, Durdov faced 8 and then 4 in the next two periods.

“Our defense didn’t give up too many chances. I thought we did a great job,” Durdov said. “We knew we had to win and we did what we needed to do.”

The scoreless three-on-three overtime period saw quality scoring chances both ways, with New Trier posting a 4-3 edge in shots. That set up the shootout, which Faulkner ended just past the 11 o’clock hour.

“We beat them last time we played them (3-2 on Oct. 30) and it’s tough to beat New Trier two or three times in a year,” Benz said. “The usual suspects played well for us tonight. Angelo Massaro was out, one of our (defenseman) was out, but we moved some things around and still had some success.”

Melton applauded the day’s work put forth by forward Danny Balz, and another typically long day on the ice given by defensemen Will Kroeger and Will Cusick.

“We’re still having a little trouble on the power play so we definitely have to keep working on that. It’s more of a scrappy team this year, for sure. I played a few games up last year and the difference is that last year’s team just had more natural goal-scorers. We have to get those gritty goals to make up for the lack of goal-scorers that we have. Coaches have been beating that drum all year and it’s a message that needs to come across, and something we need to nail down.” 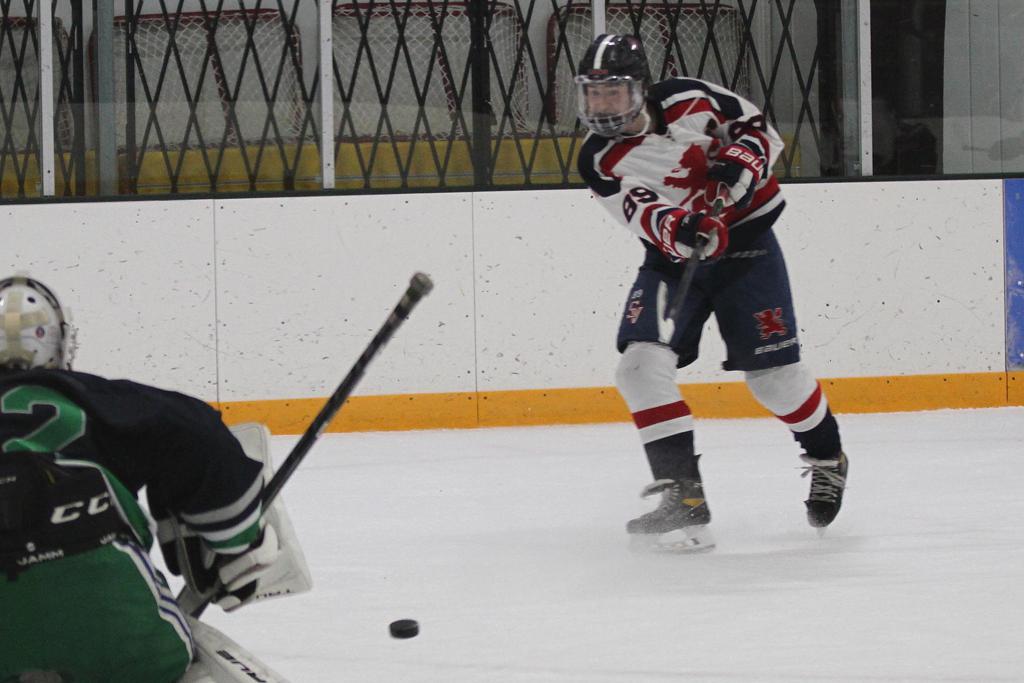 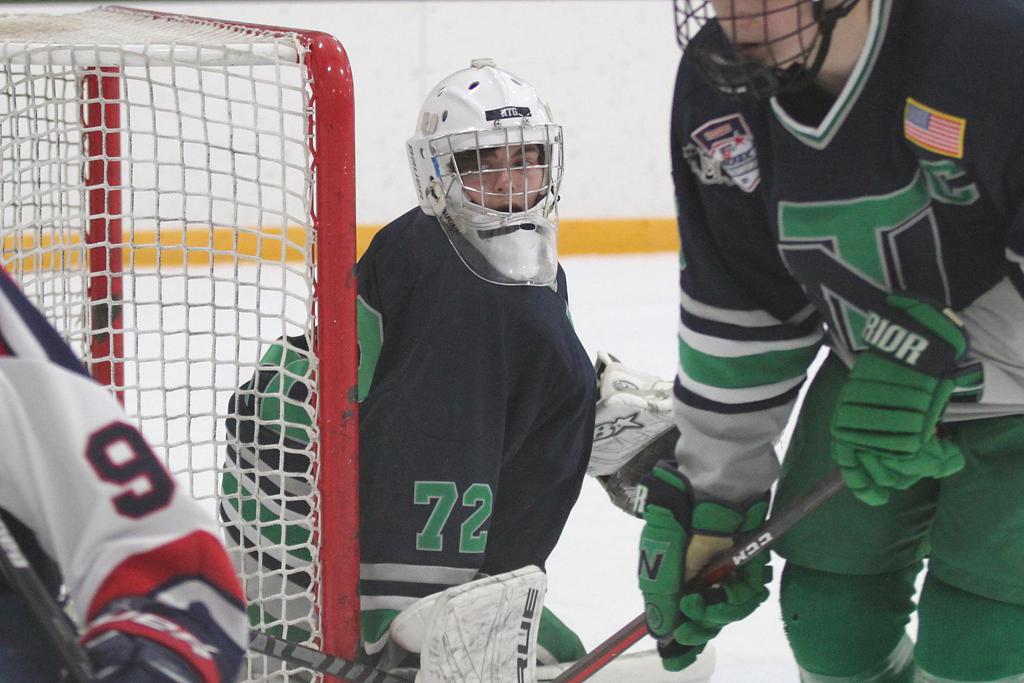 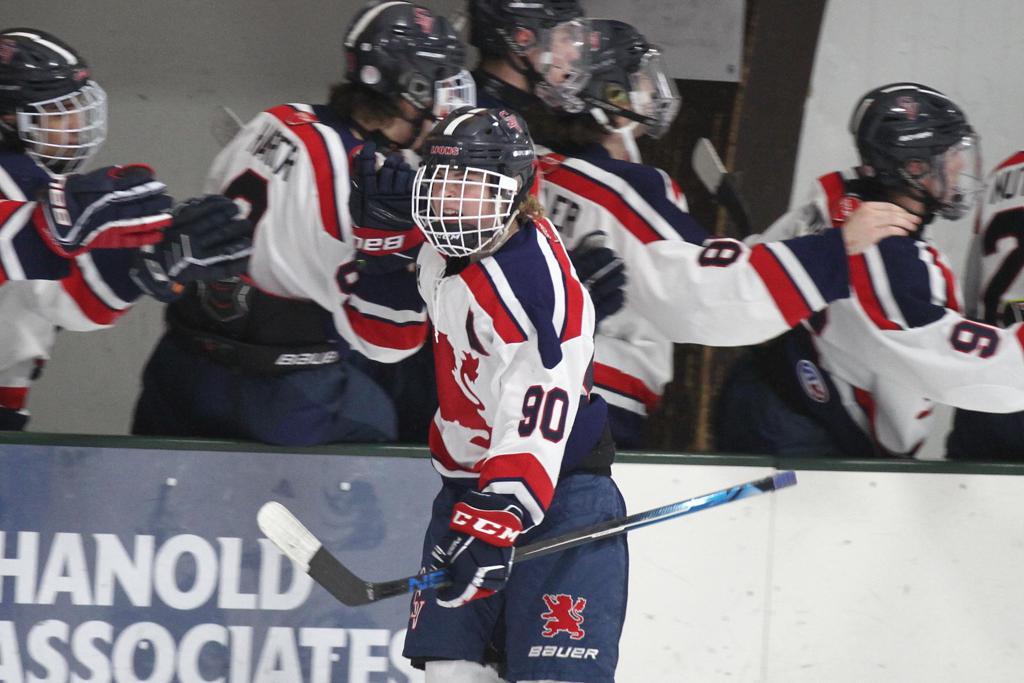 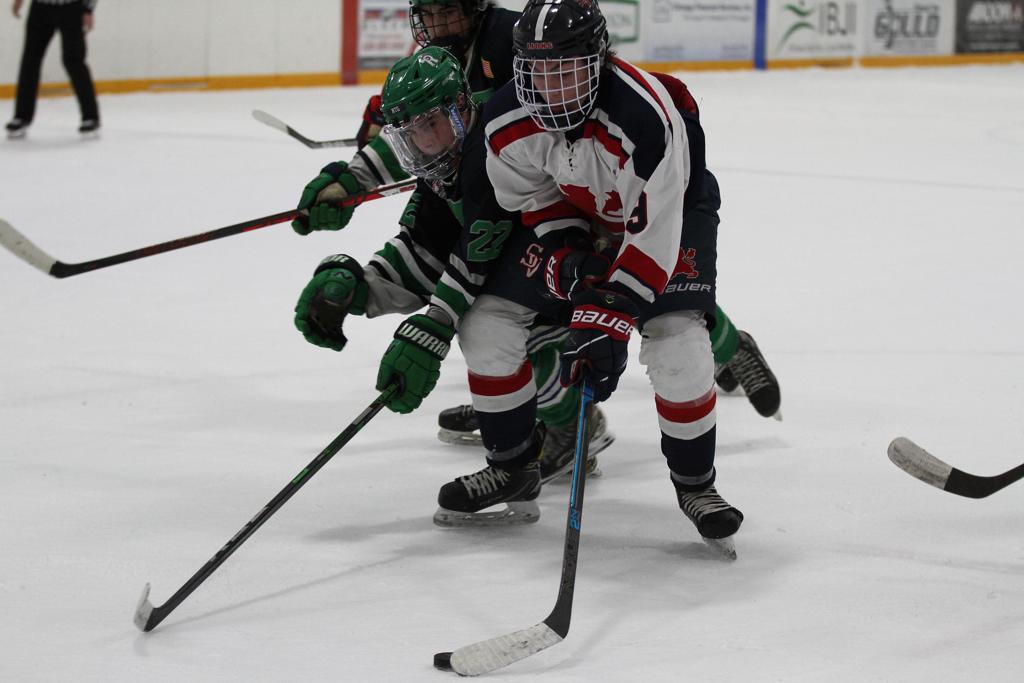 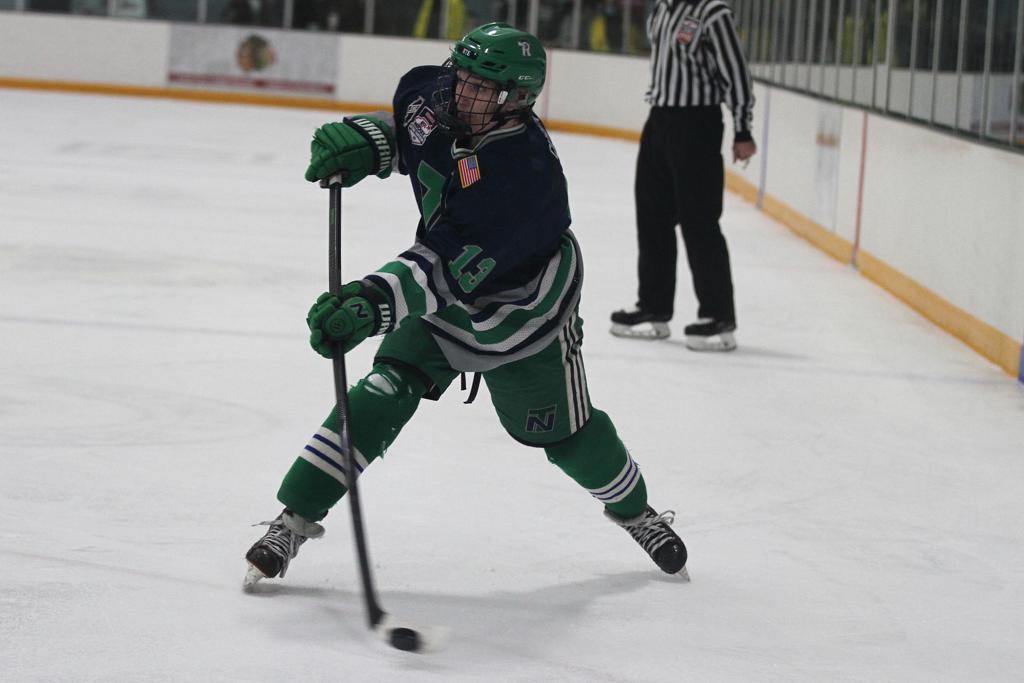 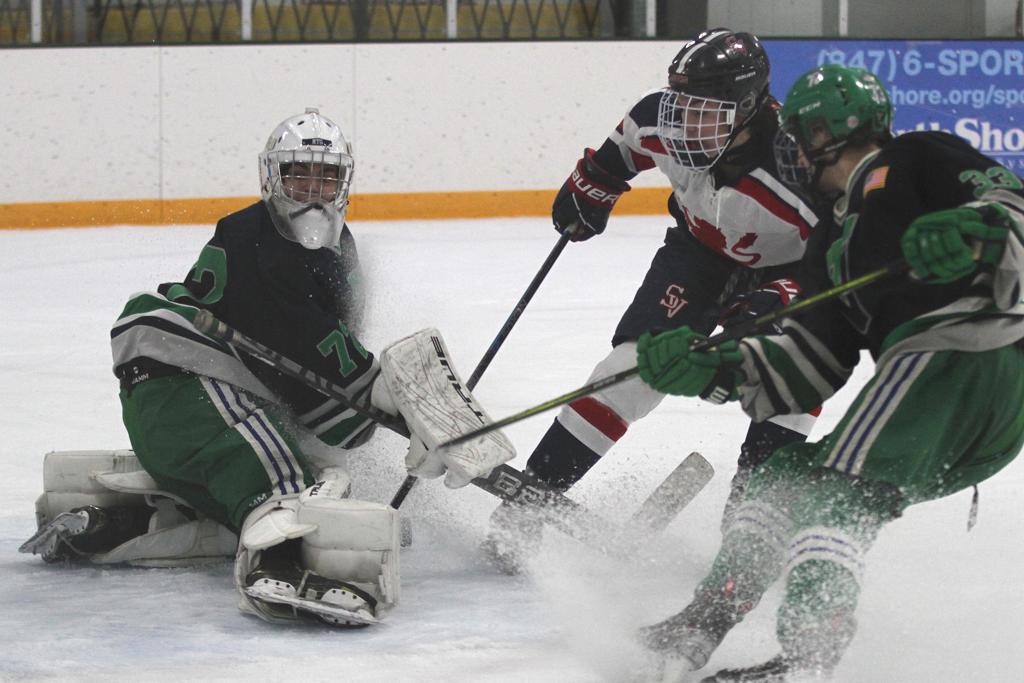 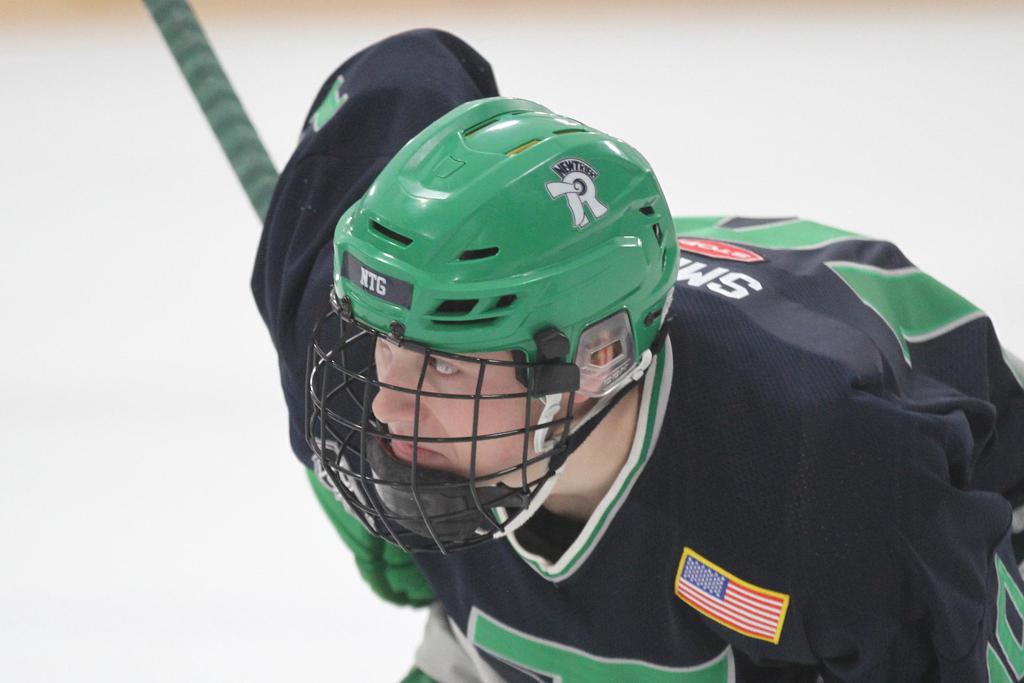 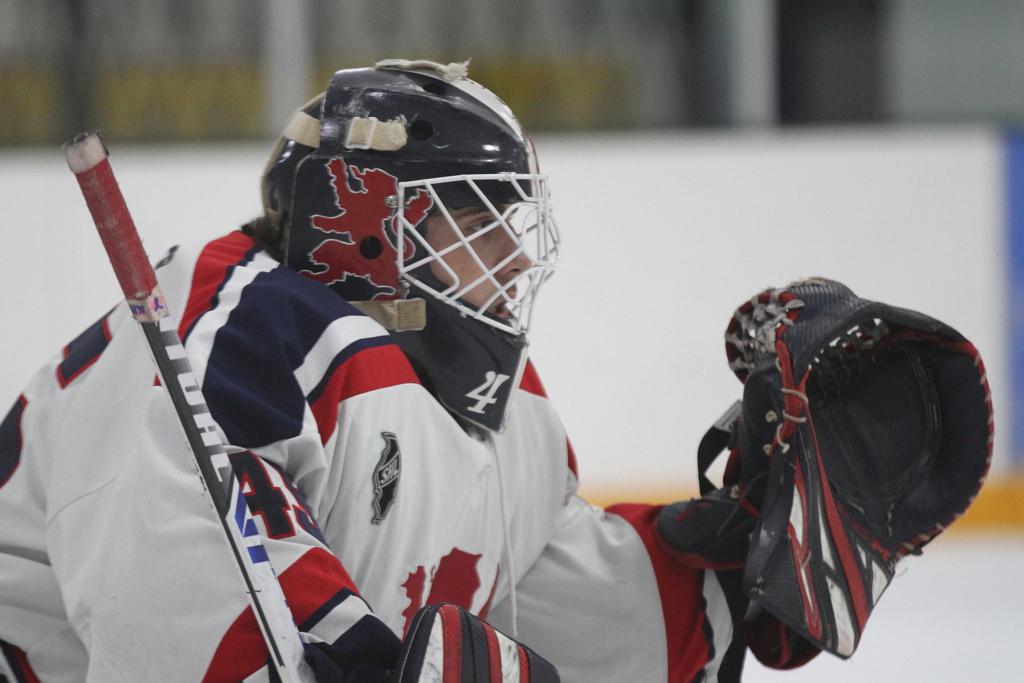 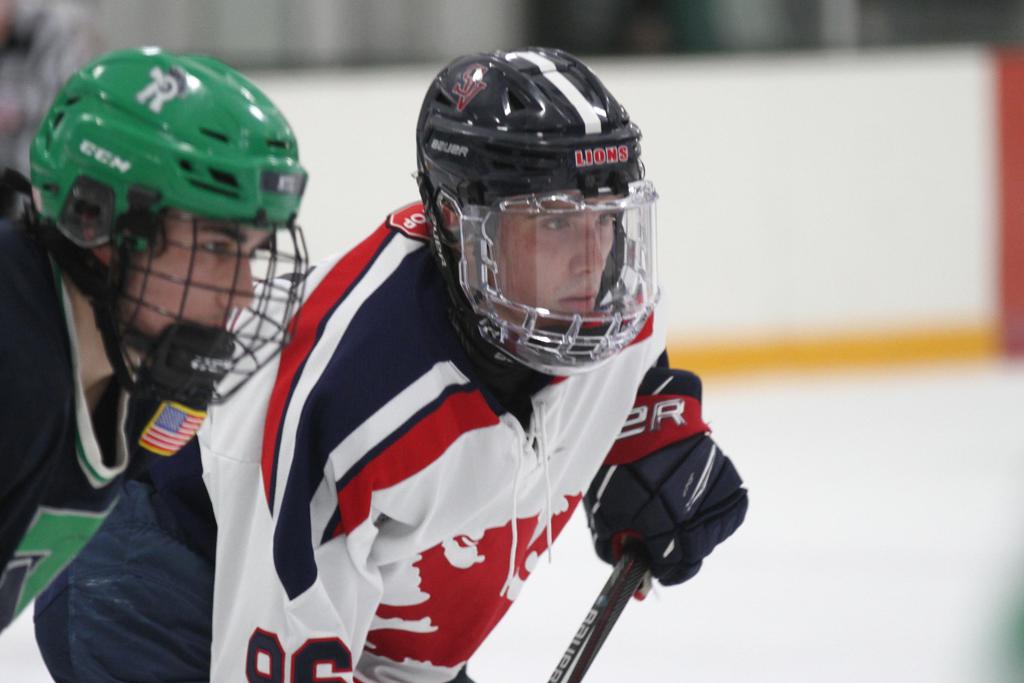 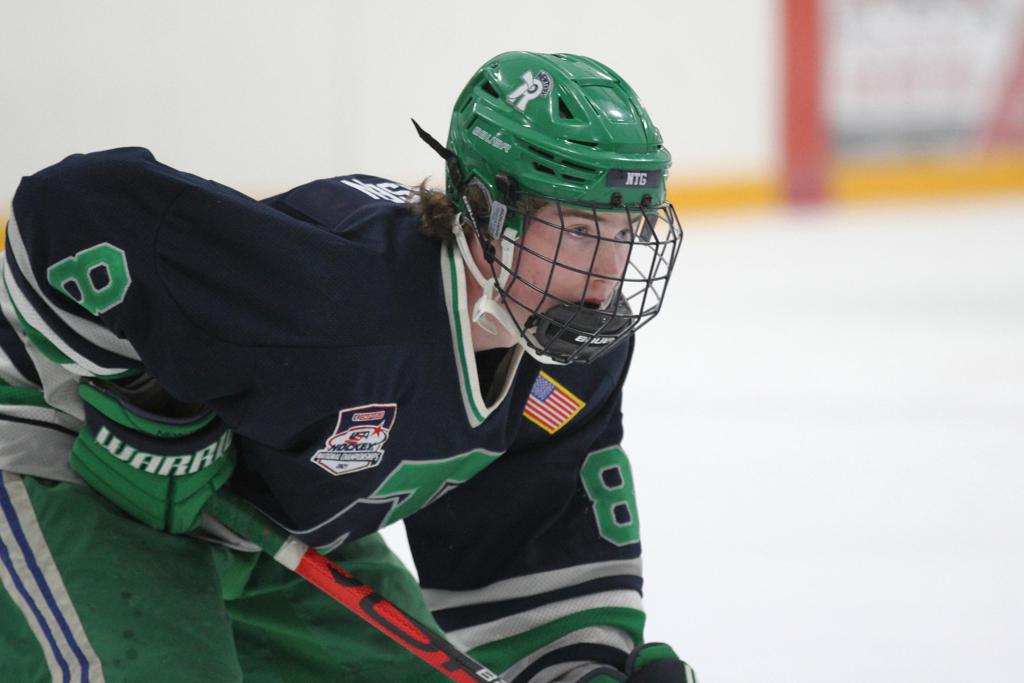