The pressure was on as Loyola Gold hit the ice to play St. Ignatius College Prep in the championship game of the 50th Annual O’Grady Thanksgiving Tournament. It had been four years since the Ramblers won their own tournament but they hoist the trophy once more after defeating the Wolfpack 3-2 Sunday afternoon in Wilmette.

“It was a big relief,” said Loyola’s Jack Gustfason. “Especially to bring it back for DJ and coach O’Grady. It was a lot of fun, lot of excitement.”

Saint Ignatius took an early lead on Loyola with a goal by Joey Velarde at the twelve minute mark in the first. Velarde scored again in the second and Loyola’s Nicholas Malaniuk scored to end the period 2-1.

“The message between (period) two and three, we weren’t really worried at all,” said Loyola’s Ryan Boersma. “I think we played pretty well, I thought we were a little undisciplined on a couple penalties but besides that, I thought our power play, all four lines were going today.”

Will Schreiber came through to tie it up at 2 in the third followed by the game-winner by Gustfason with eight minutes left to play.

“I think we started off a little slow,” said Loyola head coach DJ Lavarre. “But the kids persevered, they came together as a team. And for me, it’s pretty good, the 50th year of the O’Grady and our own tournament, it’s satisfying.” 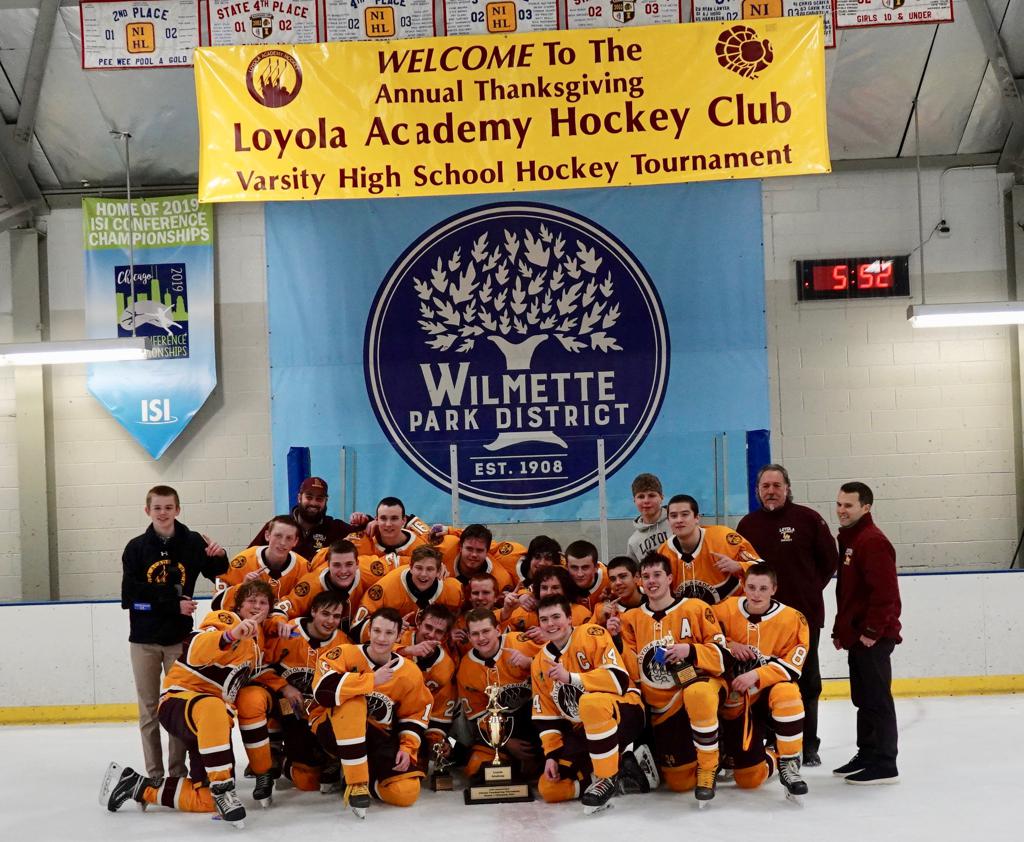