New Trier's youngsters help get it done at York

After New Trier Green’s win over York on Friday, it’s tempting to add freshman goalie in his first varsity start during a shootout to that list of stressful jobs. Even though New Trier freshman goalie Wyatt Schmidt might beg to differ.

“It’s not any different from any breakaway you face during a game,” Schmidt said of being in net for a shootout.

Schmidt’s calm, cool, and collected approach won the day for New Trier in a 3-2 SHL shootout road win against York. After teammate Blake Faulkner buried his shootout attempt, Schmidt stuck out his stick on York’s lone shootout try, turning it away to give Green the win.

“You just try to read the body to see where the puck is going to go,” Schmidt said. “I saw a move there and I didn’t get over quick enough, so I think it just went off the blade of my stick.”

New Trier’s bench emptied onto the ice and Schmidt was appropriately mobbed by his teammates.

And most of those teammates were from New Trier’s U-16 White team, activated to the Green team as a way to shake things up by the Trevians’ coaching staff.

“In the first period, I thought everybody looked a little bit nervous,” New Trier coach Chad Bidwill said. “But then in the second period I thought they shook themselves out of it and really started to turn it on. They made a lot of good plays and as the game progressed they got a little more comfortable.”

Like Schmidt, Ashton Freel and Charlie Andrews also made the most of their opportunities as players activated from New Trier’s White team.

York pressured well from the outset, and that pressure paid off at the 5:59 mark of the first period with an unassisted goal from Nico Ptak. New Trier’s offense began to materialize after Ptak’s goal, and York’s Nolan Stasica cleared a puck from the crease to preserve the Dukes’ 1-0 lead heading into the second period.

York began the second on the power play. The Dukes’ Zachary Despinich and Shane Gorski found shots to the 12-minute mark and York goalie Ben Foley saved a shot taken by the Trevians’ Henry Miller near the 9-minute mark.

Seven minutes into the third period, York’s Jonathan Wood buried a shot from the left side to give the Dukes a 2-1 lead. New Trier again answered a 1-goal deficit with increased pressure and tied the game at the 6:34 mark when Andrews crashed net and buried a rebound after a shot taken by Christian Randle.

A scoreless overtime ensued, setting up the shootout, and New Trier’s Blake Faulkner buried his shot attempt to leave the game in Schmidt’s hands. One save later, New Trier had the win.

York fell to 7-6-0 in SHL play, a record that includes 4 losses in overtime or by shootout. New Trier improved to 7-3-0 with the win.
Schmidt was thrilled to be a key part of Friday’s win, in his first-ever Green team start.

“We were all excited. Playing for Green is a lot fun,” Schmidt said. “We had some nerves in the first (period) but then I think we settled down. We were playing great in the offensive zone, controlling the puck, and we we were playing great defense. We did what we had to do. And the energy tonight was great, in the locker room and on the bench.” 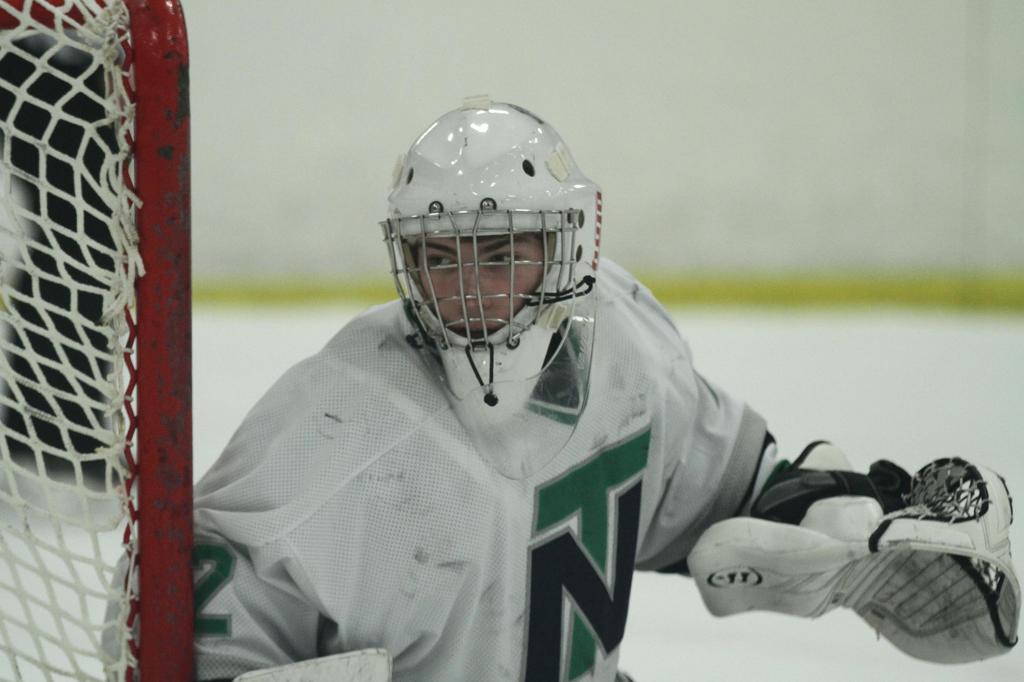 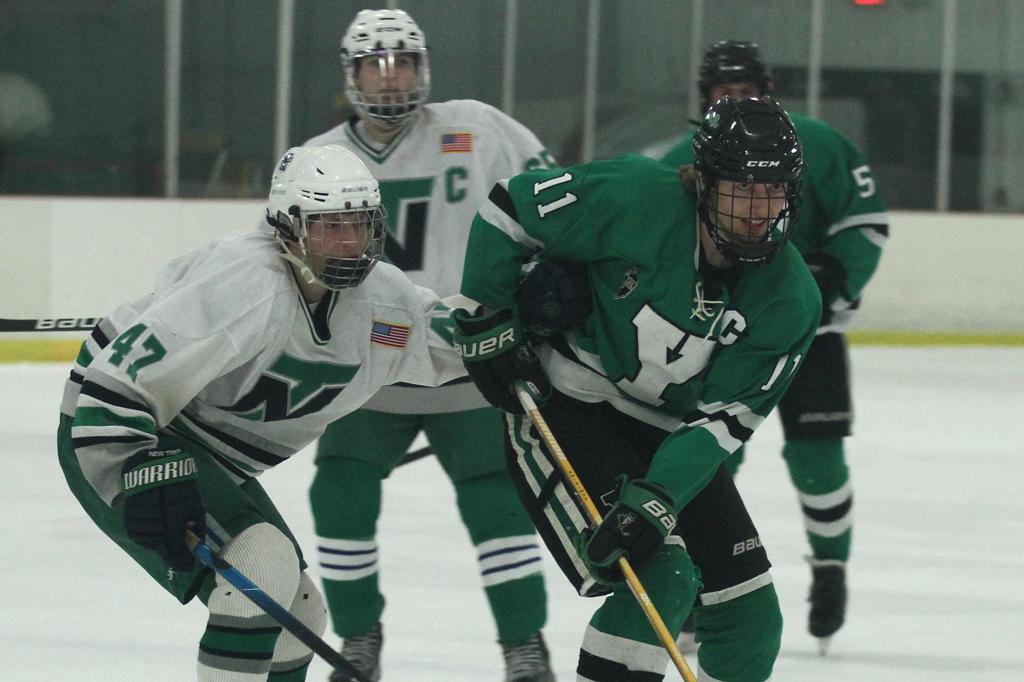 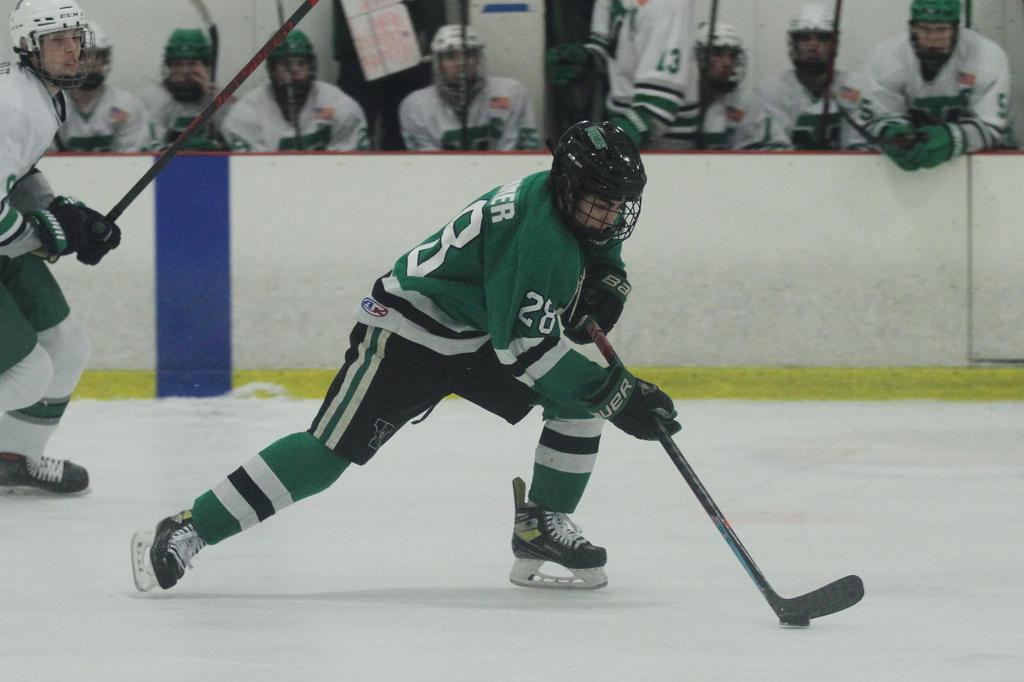 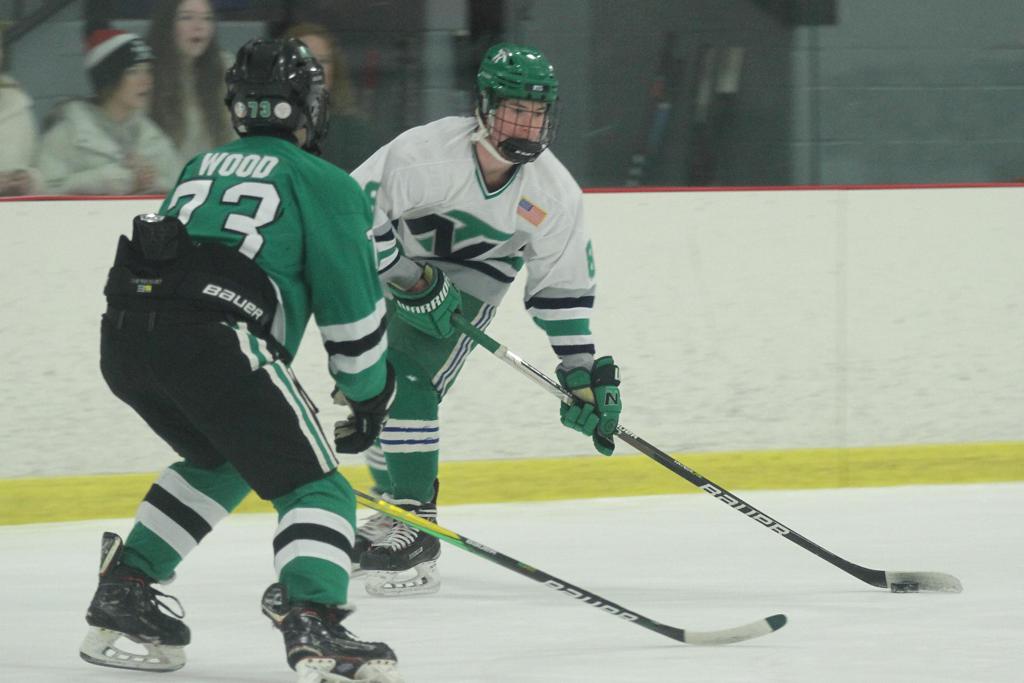 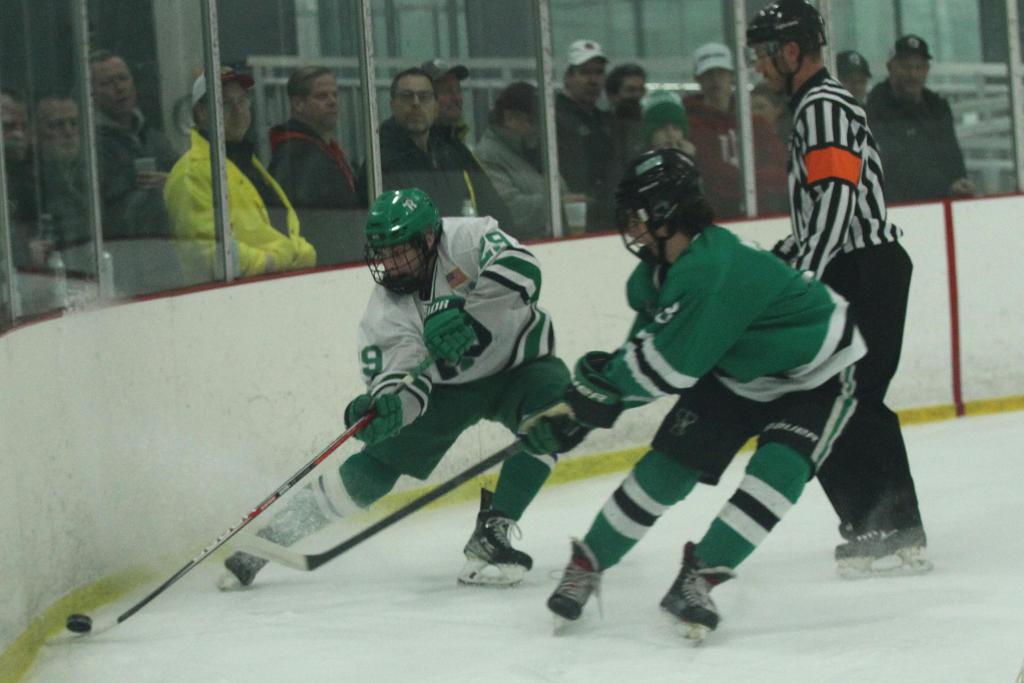 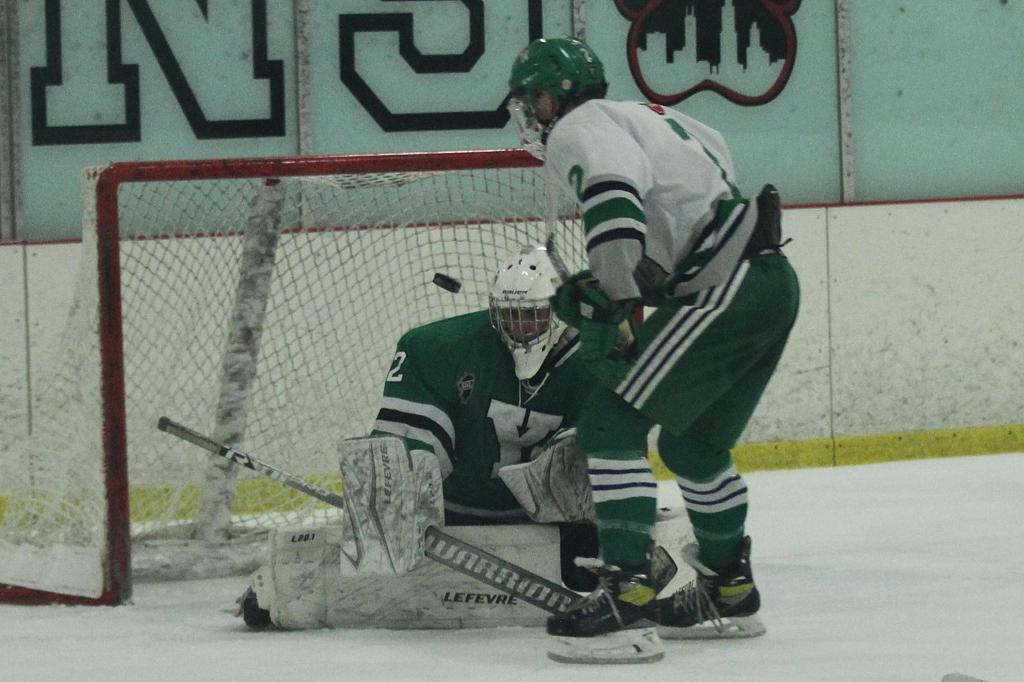