The host Spartans scored four of their five goals on the power play in a 5-2 win over Saint Viator on Wednesday, and also successfully killed off six penalties.

North’s play on the power play bore a ton of fruit on Wednesday.

“We had a lot of opportunities and we got a lot of pucks to the net,” North forward Owen Just said. “Our power play has improved a lot since the start of the year. think we just have to trust each other, get pucks to the net, and I know our guys on the ice are capable of making plays.”

If Glenbrook North (4-2-0 in SHL play) had a hero on each end of the ice, its offensive hero was Just, who finished with two goals and an assist on the night. Kyle Burke, Aidan Siegel, and Ryan Sandler scored a goal apiece and Conor Katsamakis also had two assists for the Spartans.

Saint Viator (5-5-0) went into the game on the heels of bookend wins over Barrington, on either side of a 3-2 win over New Trier Green. The Lions are deep and they can put goals on the board.

Ultimately, Saint Viator finished with a 28-20 edge in shots on net. But from the start of the second period on, that net had the door of a bank vault on it.

Karchmar recently sat out 10 days under concussion protocol and only had one day of practice to decide if he would make his return to net against Saint Viator.

“It was tough to stay sharp but after about twenty minutes of practice last night, I felt ready,” Karchmar said. “We had a tough weekend, missing a few of our guys, but in the locker room today we looked focused and ready to play. We came out and built our way through the game as it went on. The effort tonight was just what we wanted.”

After Angelo Massaro gave Saint Viator (5-5-0) a 1-0 lead on a Sean Wilson assist in the first period, Just tied the game on assists from Katsamakis and Josh Genin.

Saint Viator’s Tommy O’Neill scored unassisted to give the Lions a 2-1 lead heading into the second period.

“Our effort was there,” Benz said. “It’s a Wednesday night in Northbrook in a tough place to play and we needed energy and we brought it. What bit us was penalties. I think we had more opportunities or more whatever statistics you want to throw up there, except the one that mattered.”

In 10 SHL games, O’Neill has led the way for the Lions with 5 goals. Gavin Wright leads with 6 points while O’Neill, Massaro, Wilson, Sean Nutley and Patrick Neary have 5 SHL points apiece.

In his third varsity season, O’Neill has risen to his coach’s challenge.

“O’Neill has been playing great hockey lately,” Benz said. “He knows his role is to produce this year. He’s one of our guns and he’s got to bury the puck. We’re going to lean on a guy like that to take games over, lead, and produce for us.”

Just has similarly risen to every challenge for Glenbrook North, as he continues to shine in his second season as a Spartan. Just has 6 goals and 5 assists through 6 SHL games, and he and Genin lead the Spartans overall with 29 points apiece.

What stood up as Wednesday’s game-winning goal came off the stick of another North player in his first game back from concussion protocol. All North captain and defenseman Kyle Burke did after sitting out for two weeks was get roughly 30 minutes of ice time and score a goal mid-way through the third period, on a Ryan Rossi assist.

“It’s good to have No. 7 back,” Poulakidas said of Burke.

“We battled. We weren’t as good in the defensive zone as I would have liked us to be — we lost too many board battles — but Karchmar made a couple gloves saves that were just ‘wow’. And in general, to get out with a win in this league is what’s important.”

Just assisted on Siegel’s goal at the 8:03 mark of the third period and Sandler finished the night’s scoring with an empty-netter, with less than two minutes to play.

Glenbrook North travels to York for its next SHL game while Saint Viator hosts Carmel on Saturday night.

“Even with (Wednesday’s) loss, I think we’re starting on a good trajectory,” Benz said. “Our goal every season is to peak at the end of January. Our first game was September 15 and if you look at how our season has been from then to October 15, and from October 15 to now, we’re getting significantly better and that’s the path we want to go.”

Game notes:
Glenbrook North
Just wasn’t just concerned with his stats in Wednesday’s win.
“He was superb on both sides of the puck,” Poulakidas said. “He was probably our most skilled player last year. He’s just very skilled. You should see him in practice when he lights up. He makes plays that you don’t see coming. They just appear.”
Just’s first year of high school hockey came last year and he’s glad he made the decision to play for Glenbrook North.
“High school hockey is unbelievable. These guys are like my family,” Just said. “They’re  my brothers.”
With so many games played in a long hockey season, you might think some of those wins and losses would be hard to recollect.
But goalies have a long memory and Karchmar was particularly happy with North’s win over Saint Viator.
“That was fun and it’s a lot more fun because we lost to them 1-0 last time we played them,” Karchmar said. “It felt good to get a little revenge. And now it’s on to the next game.”

Saint Viator
O’Neill’s evolution from varsity sophomore to chief cog in the Saint Viator offense as a senior came thanks to a certain skillset.
“He’s very patient and skilled with the puck. He’s not necessarily the fastest guy on the ice but he’s flashy and he has a sneaky quickness about him,” Benz said. “Defensemen get up on him and before they know it he’s around them and he’s got a step on them.”
Benz was yet again pleased with the day’s work put in by another one of his seniors on Wednesday.
“He didn’t get on the score sheet but Gavin Wright is just a constant. He’s consistent every game,” Benz said. “He’s always working hard and playing at the same level. He’s consistent and I always know that no matter when in the game, or what day of the week, we’re going to always get the same Gavin Wright.” 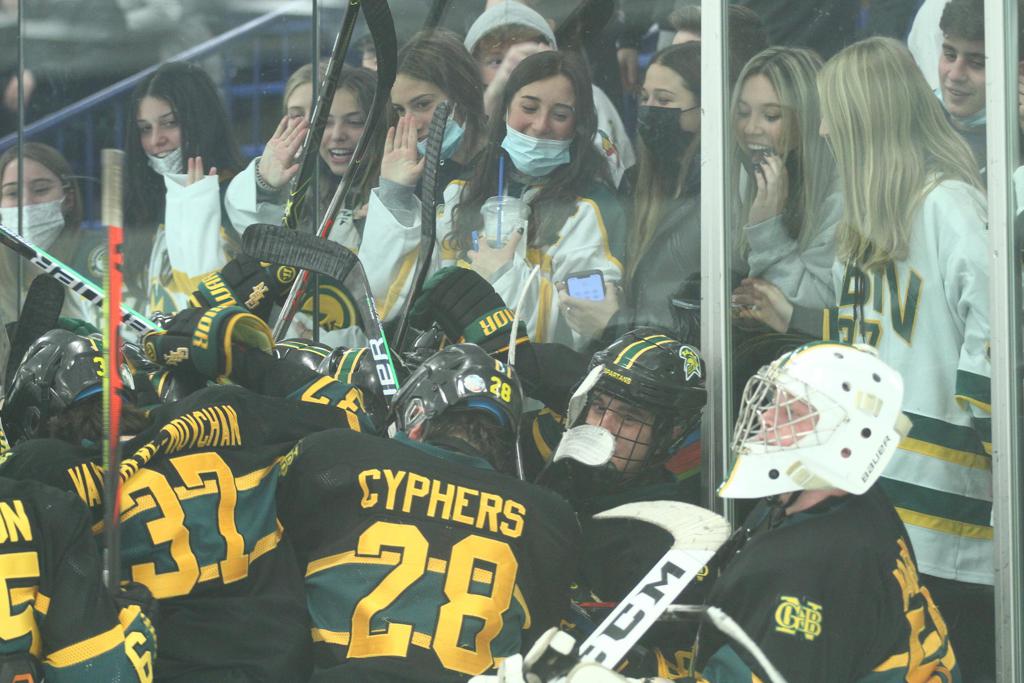 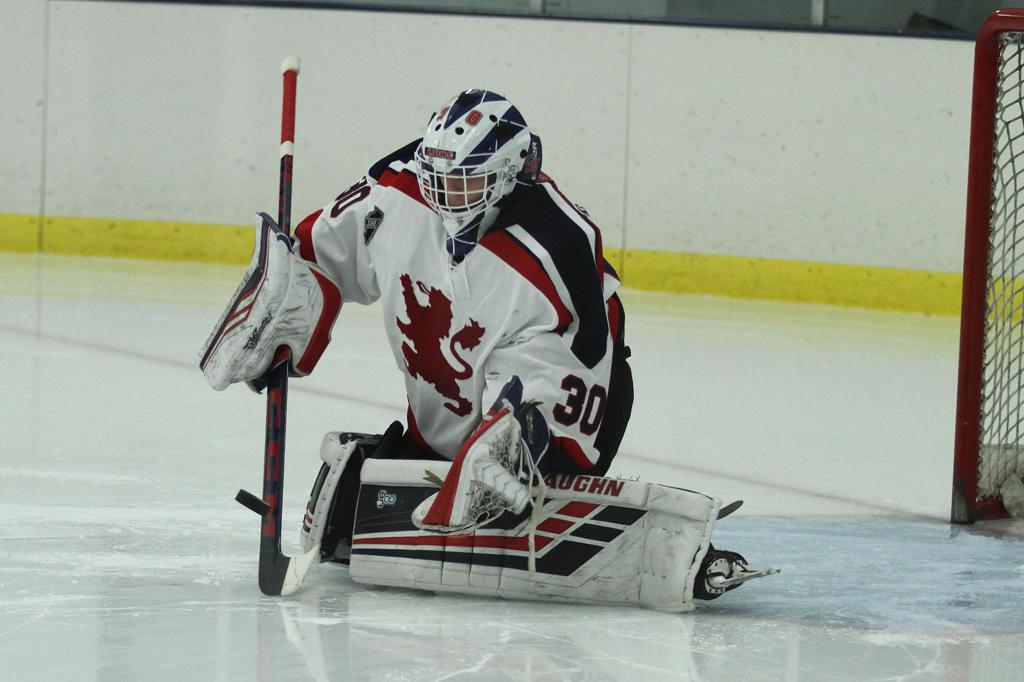 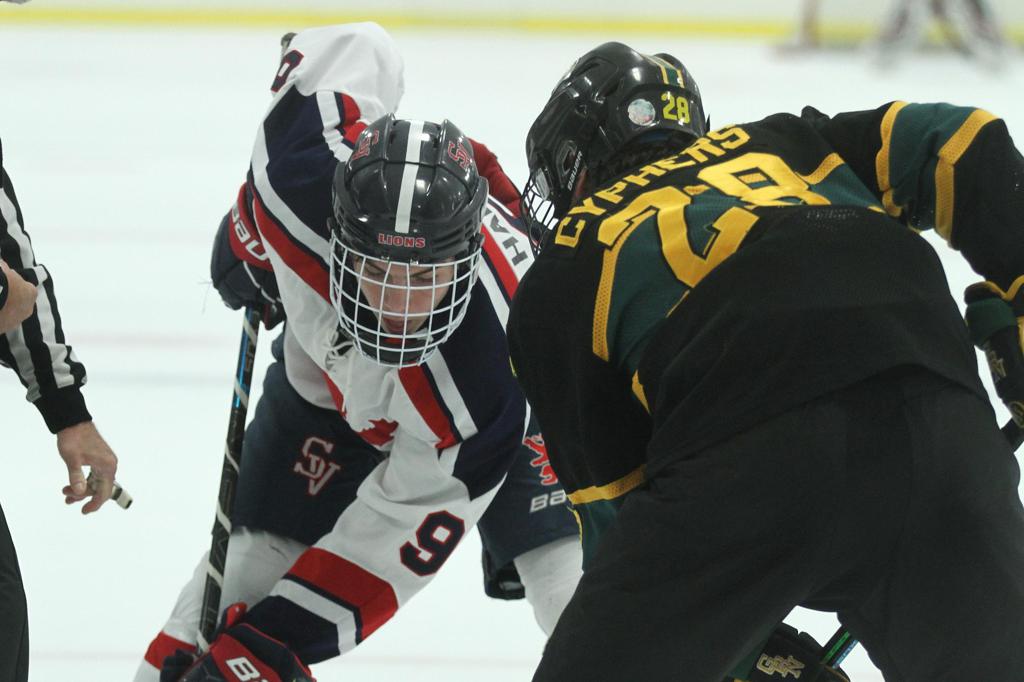 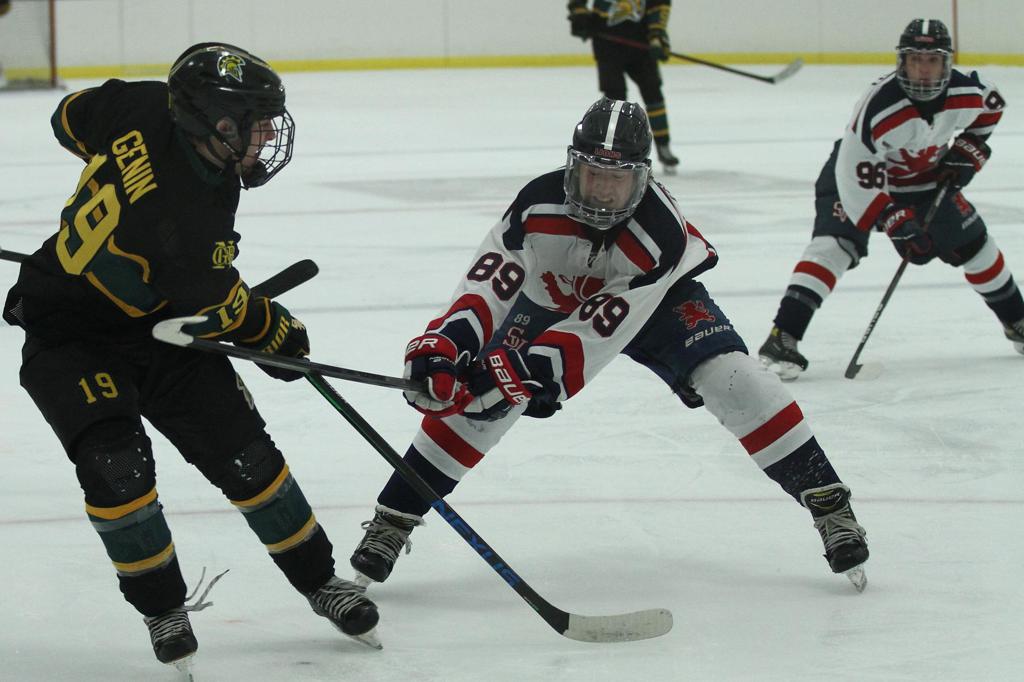 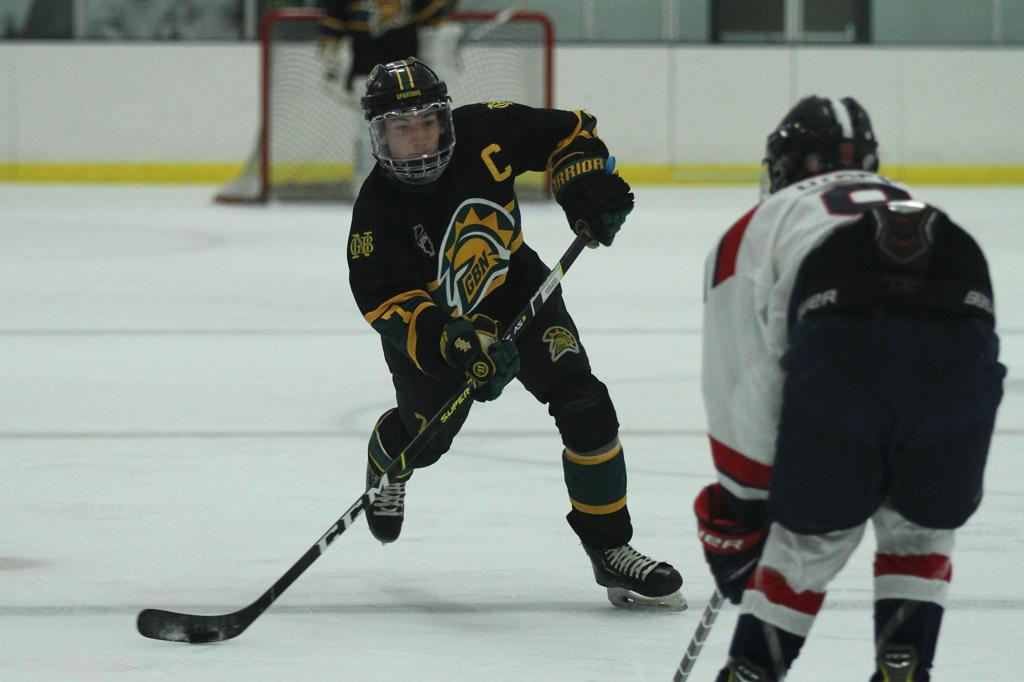 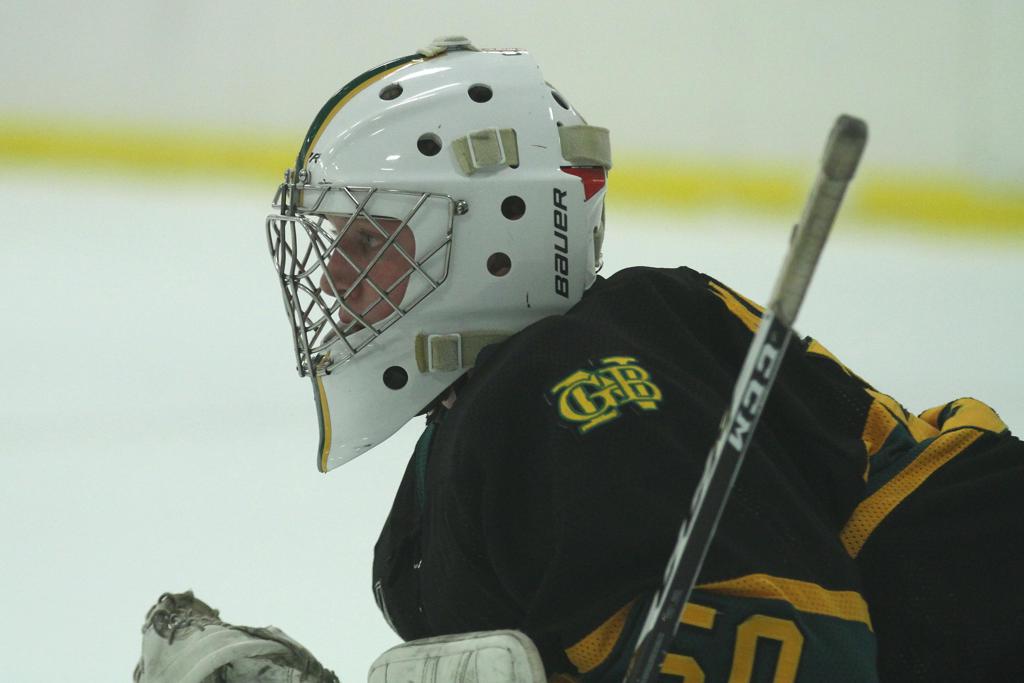