There are fast starts and then there’s what New Trier did against Glenbrook South on Wednesday night.

A goal from the Trevians’ Tyler Smith arrived just 27 seconds into the game, a 2-on-1 that culminated on a feed from Blake Faulkner.

With the game only 57 seconds old, New Trier’s Henry Chessen then made it 2-0 when Owen Walker skated in on the right side and found Chessen flying in at the near post.

Chessen struck again in the third period in an eventual 4-1 win for the Trevians, whose fast start keyed the victory.

“That just boosts the whole team’s confidence, really, and we haven't really gotten off to a good starts this year,” Chessen said “We've had to plod our way back in some games so this was huge for us.”

New Trier goalie Dean Lawrence had a two-goal cushion to play with before he even dropped a single bead of sweat. And nothing calms a goalie’s early nerves like playing with an early lead.

“It’s great. It takes some pressure off of me,” Lawrence said. “It’s nice to know the boys can come out and support me like that right away. I always know they’ve got my back.”

Glenbrook South and New Trier were 1-1 against each other after two early-season meetings. The Titans won the first meeting 5-4 on Sept. 9 and the Trevians won the second game 2-1 on Sept. 12.

Glenbrook South coach Jim Philbin’s side fought the good fight after falling behind early on Wednesday, but struggled to match New Trier’s speed of play.

“It is what is is. They’re kids, and we weren’t ready,” Philbin said. “But that start hasn’t been typical. We’ve played two great games against them, skating up and down, but we didn’t match their intensity or their speed right off the puck drop.

“New Trier is a good, fast-skating team, they’re tenacious, and that requires your team to play at that same level.”

New Trier coach Chad Bidwill is seeing signs that the Trevians are beginning to cut their own path, after last year’s mass graduation of goal scorers hit the Green team hard.

“I think we’re finding our identity, finally,” Bidwill said. “We have to be an extremely hard-working, gritty team. I think we did so tonight from the back of the house forward.

“Our goaltending was solid, our defense limited their mistakes, and when there were no clear breakouts we were chipping pucks out. We didn’t try to do too much. We were forechecking well and the power-play looked really solid. Overall, that was our best three-period game so far.”

New Trier (2-0-0 in SHL play) went up 3-0 late in the first period on a Daniel Balz goal off an assist from Chessen. That scoring chance came when New Trier capitalized on a defensive giveaway by Glenbrook South (1-1-0), resulting in Balz’s goal with 2:47 left to play in the period.

The 3-0 score held for the next 30-plus minutes of play. The drought was broken when South’s Zach Freimuth scored to make it 3-1 with 4:24 remaining in the game.

The highlight of the scoreless second period likely came when Lawrence turned away a penalty shot taken by Glenbrook South’s Will Papalas, awarded after Papalas was fouled on a breakaway.

Papalas skated up, worked his way in to Lawrence’s left side and fired, but the Trevians’ goalie was ready for him.

“I’ve had to stop a few of those,” Lawrence said. “I just try to guess what the shooter is thinking. I’m a big stick-blade watcher so that’s one thing I’m watching on penalty shots. (Papalas) is a really good player and he was hiding it well. I knew he was going to shoot it when he loaded it up and I just had to pick a spot.”

Papalas got on the end of another breakaway early in the third period and would have again been isolated on Lawrence, if not for a fine effort from New Trier defenseman Will Kroeger, who tracked back hard to thwart the play.

After Freimuth’s late third-period goal, Chessen took a puck into the zone on the right side on a New Trier 2-on-1 and finished on it himself the finish the day’s scoring with 1:34 remaining.

“I thought Dean looked great in net, Will Kroeger had a great game, and Chessen had two goals,” Bidwill said. “Guys that we need to play well played really well.”

Chessen liked what his Trevians brought to the ice on Wednesday.

“Our goaltending was just outstanding, we buried our chances, and we just played hard the whole three periods,” Chessen said. “We don't have a lot of skilled players compared to years past but we've got a lot of grinders and that comes with a hard forecheck, which produces a lot of chances. We just have to grind more goals. We had a lot of chances today and it could've been 6-1.”

Despite the loss, the Titans also got some solid performances around the ice.

“Zach Freimuth is a sophomore and he played really well,” Philbin said. “He had a good game and I thought (Luke) Winger played well in net and held his own as much as possible, after getting ambushed to start the game. I also thought our third line of (Finn) Boland, and (William) Stevens, and (Erik) Steenstrup had a good game. They did their job.

“We responded in the first period and got back to playing hockey. We kept working, trying to get pucks deep, and after that early storm we were better in the first period. And we had some opportunities in the third period. We hit the post and put more pressure on them but we needed a little more intensity around their net, because that’s how you get those hard-working goals.” 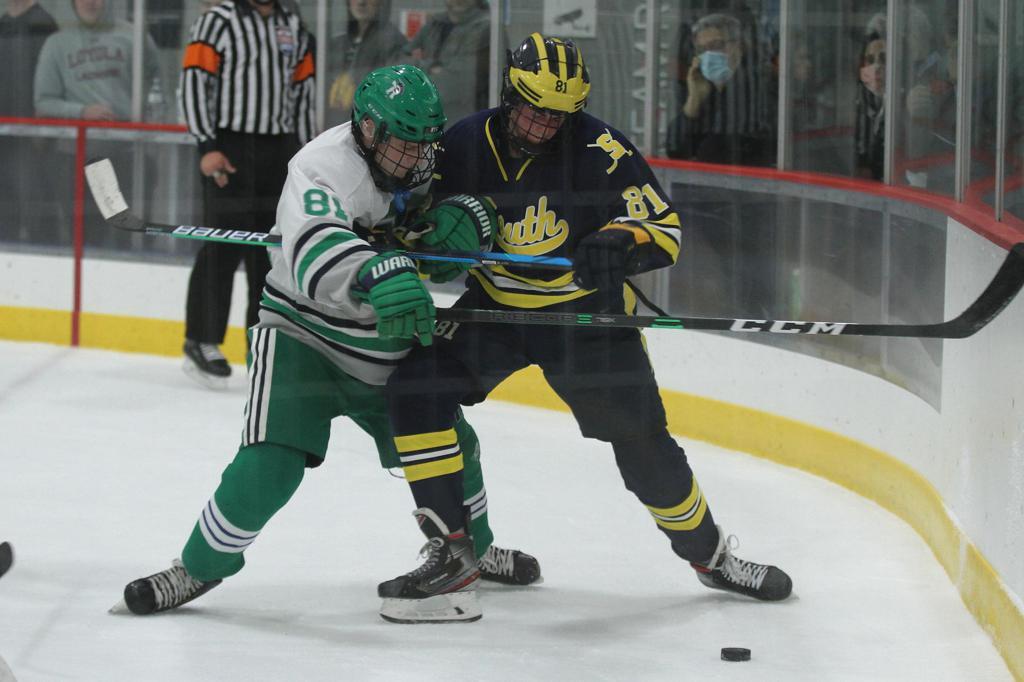 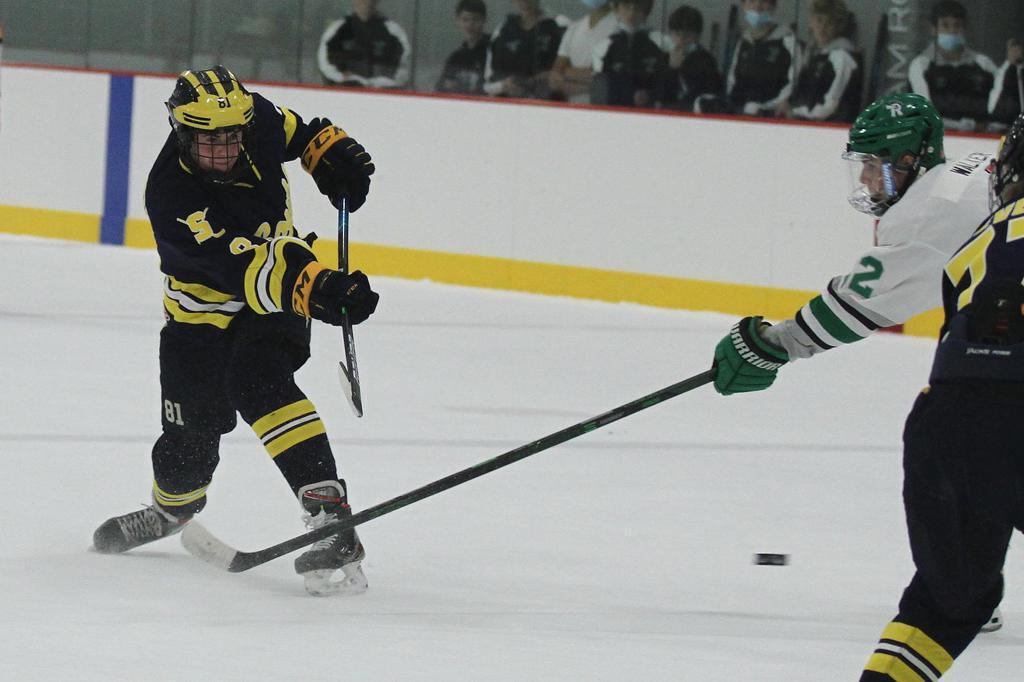