“Just play hockey!!” Tyler Laarveld screamed. Hockey sticks slammed against the boards as they crashed to the ground. “There’s only so much I can do!” He takes a seat on the bench, another loud bang comes from his stick slamming against the board. The Glenbrook North goaltender was pulled barely two minutes into the second period after Loyola Gold knocked in their second goal in Game 2 of the SHL Semifinals. Despite making it into the playoffs, the Spartans had been struggling at the net. Facing 26-1 Loyola Gold wasn’t going to make it easy but a fire was ignited as they came back to force a game three after a 4-3 overtime win.

“Tyler has saved us so many times this year,” said Joey Day. “So we thought we had to have his back this game, repay him for what he’s done all year for us.”

“To be honest, I was kind of upset with myself,” Rubin said. “When he came off the bench, what he was saying wasn’t really wrong. He was upset, he was frustrated he got pulled but I think it did set a fire under us.”

Justin Ho got things started for Glenbrook North in the second period and Day tied it up on a power play. Rubin found himself in a breakaway and broke the tie and before they knew it, the Spartans were back in it.

But Loyola Gold being Loyola Gold, was not going to roll over and die. Declan Darcy tied it up  at 3 with 3:26 left to play and forced the game into overtime. It was Matt Dahlke though who came through to save the Spartans’ playoff run and send them to Game 3.

“I don’t think the goalie saw me,” Dahlke said. “I was just trying to get on the forecheck because that’s a good way to beat these guys and he didn’t see me coming, I just kind of pick-pocketed him. ” 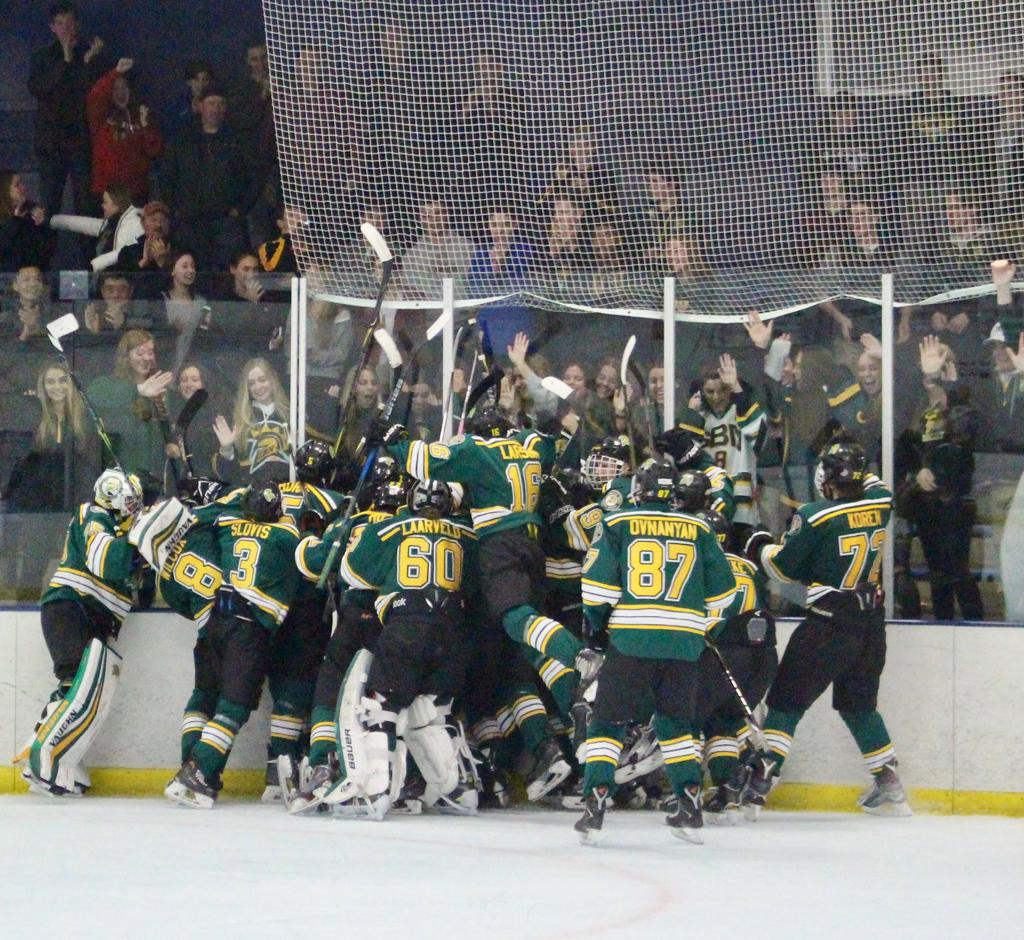