It takes a lot of strength and knowledge to build a hockey team from the ground up. New Trier Green coach Bob Melton watched his strength, knowledge, and his team's handwork come together as they defeated Providence 5-2 for the State Championship Friday night at the United Center.

"I didn't see this coming when we first started," said Melton. "There was talent, no question, but it does take a lot of time to mold it, every player was new to Green. But to win the league, the SHL and now state, it's a remarkable team."

Throughout the season, New Trier Green managed a trend that if they scored first, they won. They didn't always make it easy though and Friday's game was no exception.

Right out the game Jack Raith scored within 45 seconds.  Providence came in to tie it, then broke the tie heading into the second with a 2-1 lead.

"After we scored the first goal, we kind of took the foot of the pedal a little bit," said Raith. "But we went into the locker room and some of us were down but we've come back in games before and we knew we could come back again."

Goaltender Will Douthit said that they were still getting use to the atmosphere in the first period but once Providence took the lead things had to change.

"I knew we had to get it together and I told the guys that I was not going to let another (goal) pass," he said. "I had full confidence that they would score some more goals and faith in my defensemen and we just all played our best."

Once New Trier came out of the locker room for the third period, they were on a whole new level. Raith tied things up at two, Matt Mulhern broke the tie with 6:19 left the play and just for kicks, Raith knocked in his third and then a fourth goal.

"We have to give everybody credit on that line," Melton said. "That line worked so well together but, it was Jack's night. He always had the puck on his stick and he was putting the pucks in the net and he just had a remarkable game. Best individual performance I've ever been associated with as far as coaching New Trier Green." 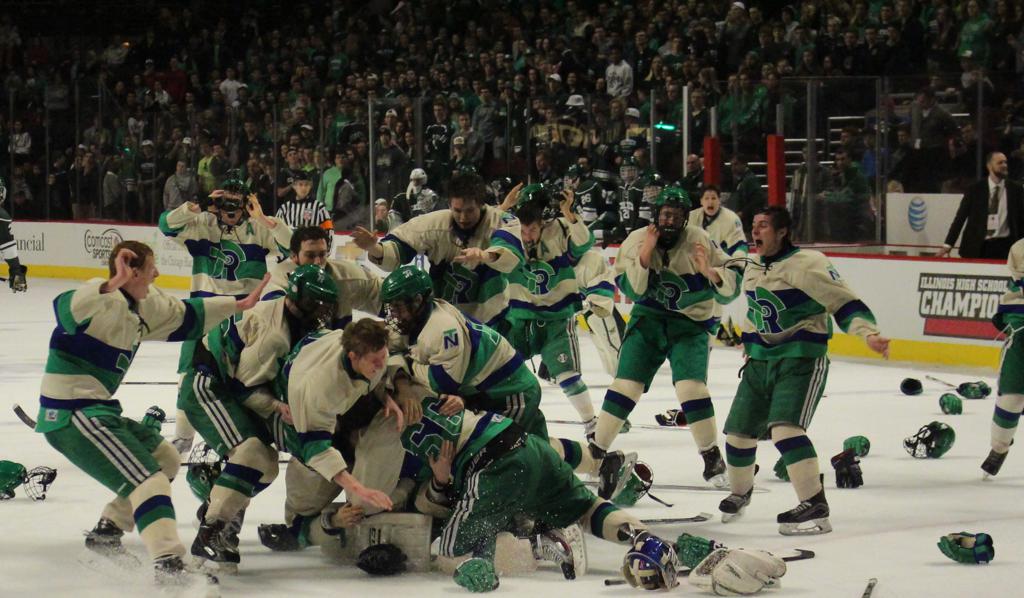 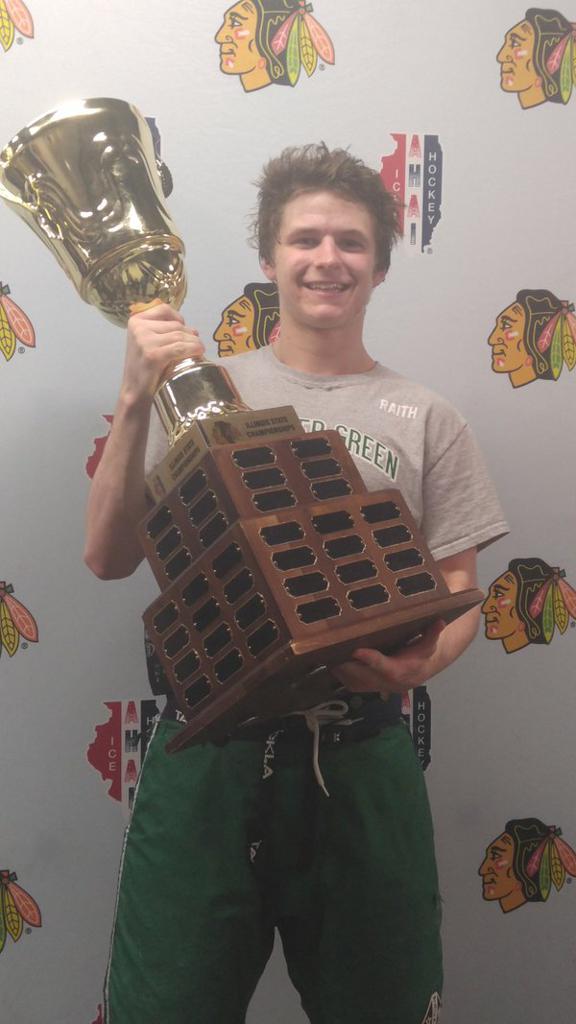 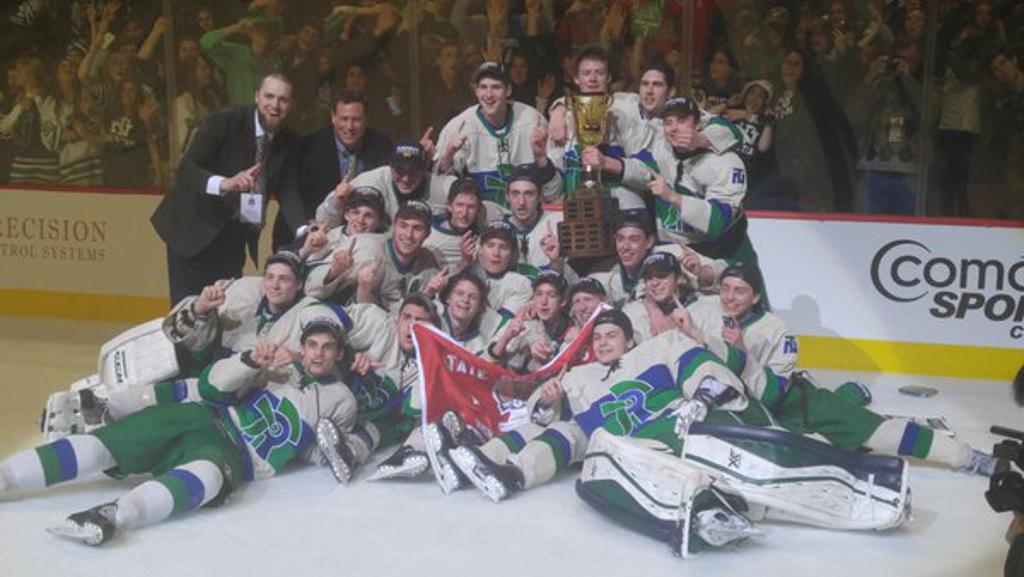 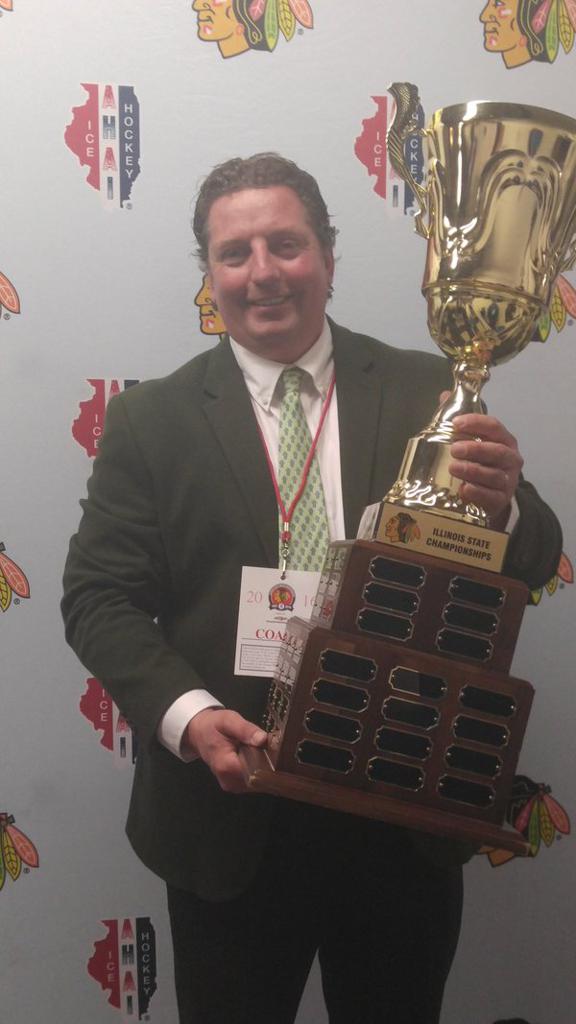