SHL Shows its Pride in the Loyola Thanksgiving Tournament

Thanksgiving tournaments are a part of hockey. No matter what level or age, expect to spend your holiday bundled up in a rink. The Loyola Academy O'Grady Cup Invitational Thanksgiving Tournament featured some of the best high schools in the state who couldn't be more proud to be a part of it.

"This is the Loyola Academy Thanksgiving tournament, it's very important to us," said hockey director and Loyola Gold head coach DJ LaVarre. "It's our chance to see where we're at, it's a big weekend for us."

This is the seventh year Loyola has gone without winning the tournament. This year, Glenbrook North took the spotlight after quite the turn of events in the semifinals.

The Scholastic League was very well represented, with all four teams in the semis being a part of the SHL and one in particular shocked everyone. Barrington handed New Trier Green quite the upset in double overtime Sunday to advance to the championship.

"We dug deep as a team and some guys really stepped it up," said Barrington head coach Steve Martins. "It got us a big win. We're fortunate enough to have [Loyola] welcome us back year after year and we're even happier that we made the finals. Every game in this tournament has been great, I'm really proud of the kids."

"We expected to play New Trier," said Glenbrook North's Jared Epstein. "But Barrington's goalie stood on his head once again and they're a great team. I'm shocked that they still had the legs to playing in a double OT game then coming into another double OT game, I just give them a lot of credit."

Epstein was the one who secured the win for the Spartans and he was nothing but smiles.

"It's unbelievable, I'll never forget this moment," he said. "It's probably the greatest moment in my hockey career."

Win or lose, being a part of the tournament was important to the SHL teams involved. Saint Viator head coach Chris Lappin had nothing but good things to say about the weekend.

"We love this tournament, this is my fourth year and it's big," he said. "To be the best you have to play the best and the best teams are here. We're very happy to be a part of it, it's a great tournament and we always have fun."

For some, being in this year's tournament was bittersweet.

"This is the best tournament in the state of Illinois for Thanksgiving," said Glenbrook North senior Alex Merritt after beating Naperville Central. "The best teams play in this one. It stinks that we're not going to play in it again but it's good to know we're in the championship and have the chance to win it."

"It's a big tournament in the state and we look forward to it every year," he said. "It's not really hard to come to the rink every day and play with these teammates. We love each other and play for each other but it's really sad knowing that I'm never going to play in the turkey tournament again. It's not the most ideal thing but I'm glad we went out well."

Epstein also agrees and says this is an important stepping stone in the season.

"It's a huge tournament for us," he said. "Especially for the preseason rankings and everything for state, we needed to win this tournament.  We've been in the championship two years now and now coming into the third we needed to win it and now we've won two in the past three years and it's huge." 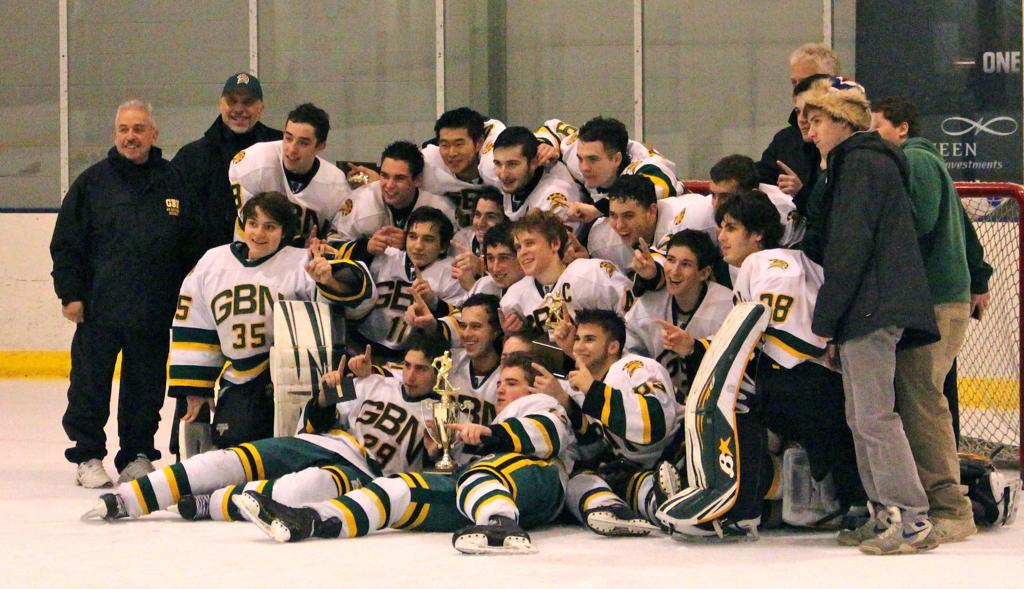 Jared Epstein on His Game-Winner

Kyle Slovis on playing Barrington for the Championship