Heartbreaking doesn't even begin to describe what happened when Glenbrook North hosted New Trier Green Wednesday night in Northbrook. The Spartans had the lead but a crazy comeback led the Trevians to a 16-round shootout win.

With tension on the ice and very physical play, it wasn't until the end of the first when Chris Zhang found the back of the net first for Glenbrook North. Almost an entire period later Kyle Slovis netted a goal for the 2-0 lead and it looked as though the Spartans had it in the bag.

"Glenbrook North is a very good team," said New Trier Green head coach Bob Melton. "They're well coached, they have good defense and not to say we weren't ready but we finally played a good team and it took us awhile to get going but they played a great game and gave a good fight."

With two minutes left in the third Cooper Johnson scored for New Trier and then things got interesting. With the clock winding down it looked as though New Trier would find themselves with a 2-1 loss but with 26.4 seconds left Brent Segvich forced a shootout.

"I was on the bench at that point, just hoping we'd get to a shootout, just give us a chance" said New Trier goaltender Jack Junge, who made 32 saves in the win. "But then Brent tipped it in from the point and that's just how the game is played. Sometimes you have to get a greasy goal from the point."

From there it went to the shootout that felt like it would never end. Sixteen rounds later, Sam Weinstein secured the win for New Trier.

"We work on shootouts all the time in practice and I figure we'd score at least in the fifth or sixth round," said Junge. "But it kept going and we kind of lost some of our skill players and it was just amazing that Sam Weinstein was the one that scored and I'm so happy for him, it was amazing."

Round after round, Melton didn't seem too worried.

"We just couldn't score on offense," he said. "But we have the best goalie in the state so I was confident when we entered the shootout. It was exciting and it worked out so we're going to take it." 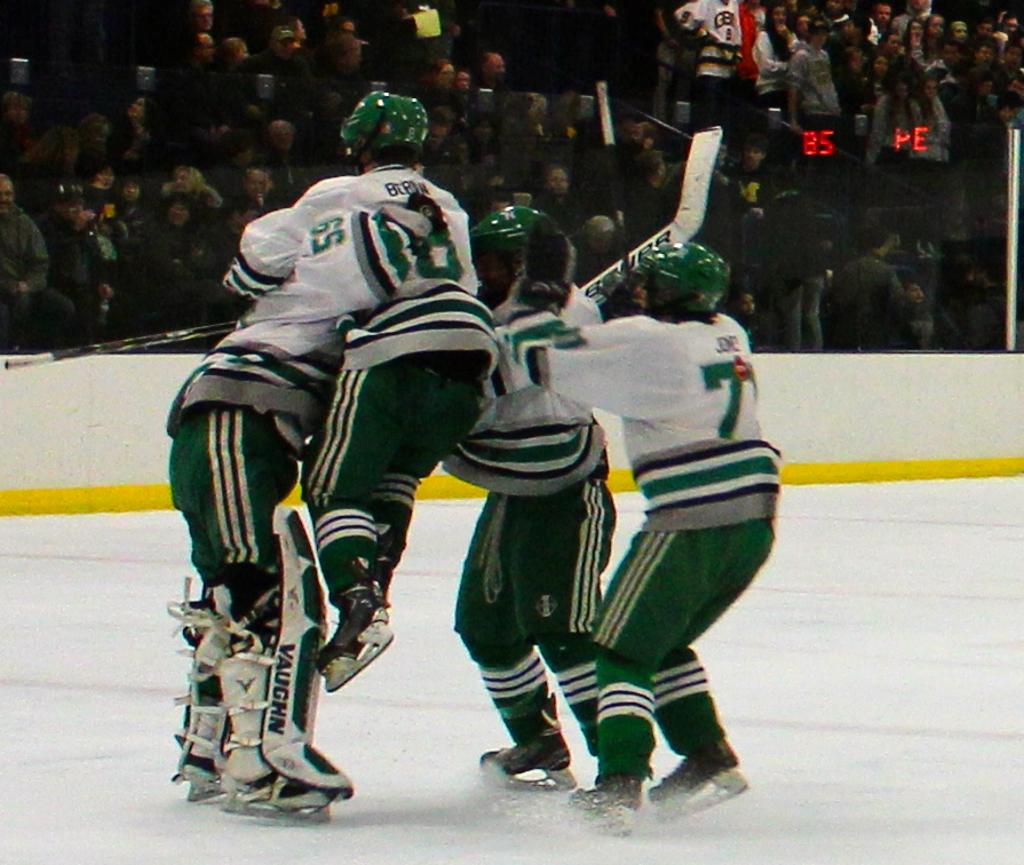