“I think we’ve shown that we’re the best team in the state,” Walker said. “That’s two out of three we’ve taken against Stevenson and Loyola this year.”

“If we meet that team again, we’ll beat them,” Grady said. “I have no doubt.”

The depth of competitive fire that burns between Green and Gold was on full display in front of another packed house at Centennial Ice Rink in Wilmette.

New Trier started fast with a 3-0 lead after just 21 minutes of play, then withstood Loyola’s 2-goal comeback effort. Walker, Blake Faulkner, and Will Kroeger scored for New Trier while Grady netted both of Loyola’s goals.

Three of the game’s five goals came in the gritty, gutty way that New Trier’s coaching staff has been preaching to its players all year, and the way that most goals in the high school game everywhere are scored.

“It’s hard to go to the net. You’re going to get hit with pucks, you’re going to get slashed, get bloodied and bruised,” New Trier coach Chad Bidwill said. “But if the results are this, they’ll realize and be willing to do it.

“We’ve made a lot of adjustments with this team, day in and day out, all year until we’re finally gelling and settling into our form. They’re realizing that we may be less talented than some of these teams but if you grind, good things are going to happen.”

The game’s first goal came when New Trier’s Jayson Rabinowitz fired from the point on the left side and the puck deflected to the back post, where Walker sent it home less than three minutes into the game.

The Trevians went up 2-0 with 5:35 remaining in the first period, when Landon Douthit fired from the left side and the puck deflected off of a charging Faulkner, popped up, and landed in net.

Kroeger’s goal came next, with 13:04 remaining in the second period, on assists from Jaden Sauer and Aleks Cheris. The New Trier captain took a wrister from the top of the slot that found nothing but the back netting.

Kroeger’s goal gave New Trier its 3-0 lead just four minutes into the second period and ultimately stood up as the game-winner.

“I’m not happy that was the game-winning goal — we have to close it out better than that,” Kroeger said. “I still don’t think we’ve played our best hockey yet. I think there’s another level we can take it to. We’ve got to keep working hard at practice. But recently we’ve been on a pretty good hot streak and we’ve got to keep that up.”

With 6:06 remaining, Loyola capitalized on a New Trier line change to get its first goal of the game. From deep on his own end, Loyola defenseman Tommy Albrighton found a streaking Jack Gustafson up the left side, and Gustafson fired. New Trier goalie Dean Lawrence made the stop but the rebound fell to the far post and Grady cleaned it up into net.

The defensive highlight of the day came with 6 seconds remaining in the second period. Gustafson beat a defenseman on the right side, went around Lawrence and seemingly had a sure goal. But New Trier defenseman Will Cusick dove to the ice at the goal line behind Lawrence and got a piece of Gustafson’s shot to keep the puck out.

Grady cut New Trier’s lead to 3-2 with his 9th SHL goal of the year, on a Loyola power play with 6:24 left in the third period. Grady took a wrist shot from a tough angle on the left side near the boards that stretched the back netting. Keaton Lillybridge and Ryan Boersma assisted on Grady’s second goal.

“I saw the goalie off his post so I just ripped it,” Grady said.

Loyola brought the heat in search of a tying goal to the final buzzer, ultimately earning a 27-25 edge in shots for the game.

“There’s never any quit on this team,” Grady said. “We just had a shaky first period, they had a few lucky bounces, and we fought back Even the last five or six seconds (of the third period), we knew we were still in the game.”

Bidwill was happy to see Lawrence and the Trevians meet that third-period challenge.

“Jayson Rabinowitz and (Jack) Hawkins have become our top ‘D’ in terms of playing defensive and they played well in shutting down (Jack) Gustafson, who’s an extremely talented offensive player,” Bidwill said.

New Trier’s line featuring forwards Walker, Butler Chessen, and Danny Balz has elevated its play in the last month and since losing to Loyola 3-1 on Dec. 11, New Trier has gone 9-1-0 in its last ten games.

“Get the dirty goals — that’s our identity this year and I think we’ve really figured that out. We’re getting on a roll,” Walker said. “We just grinded tonight. We had a bad second period but I think we wanted it more. In the first period and the end of the third I thought we outplayed them.”

Both Bidwill and Kroeger tipped their hats to the way the Walker-Chessen-Balz line has been playing.

“They’ve been playing great every game,” Kroeger said. “And that (Jaden) Sauer line with (Lukas) Cheris and the other Cheris (Aleks) — they worked really hard tonight and had a great game. We had everyone working tonight, everyone moving, and everyone getting even shifts.

“I thought we looked great tonight. We came out flying. We worked hard all three periods and it just feels great to beat Loyola because they’re our biggest rival.” 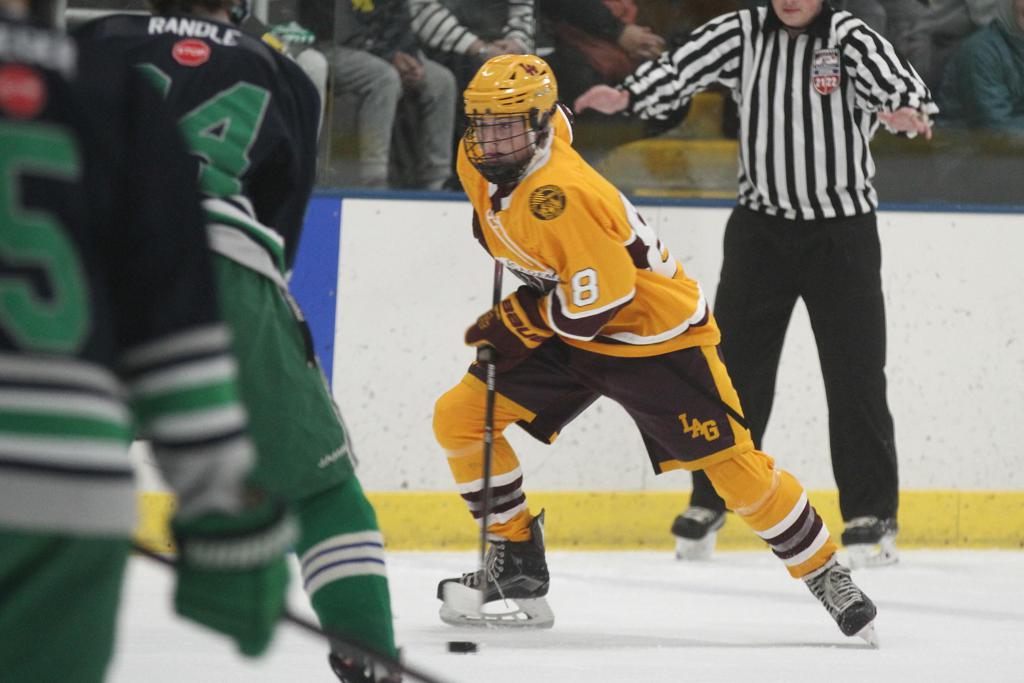 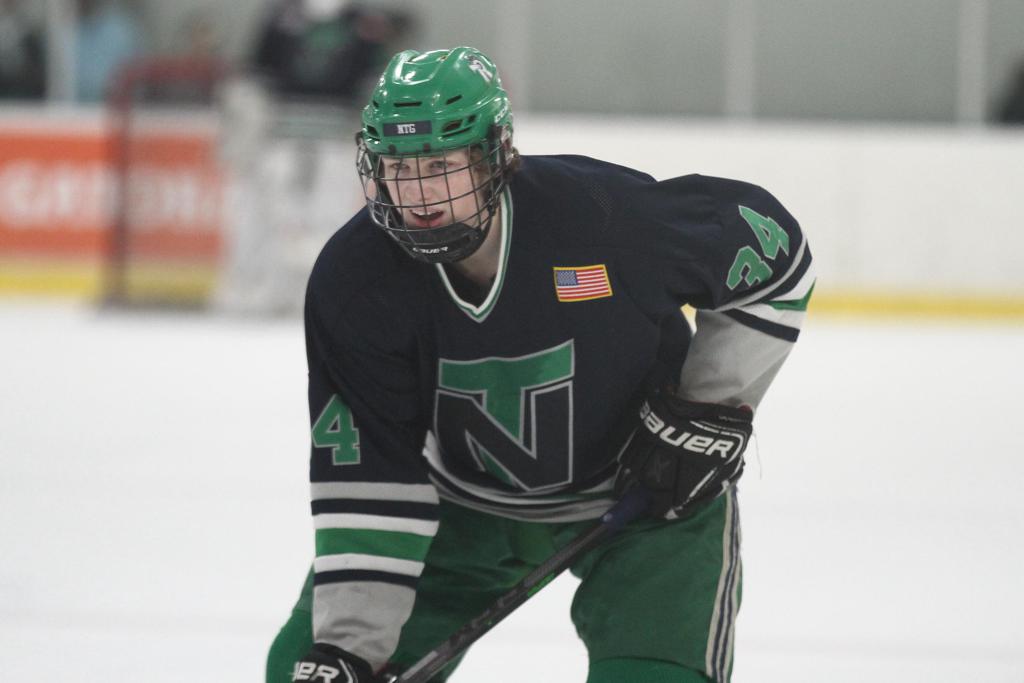 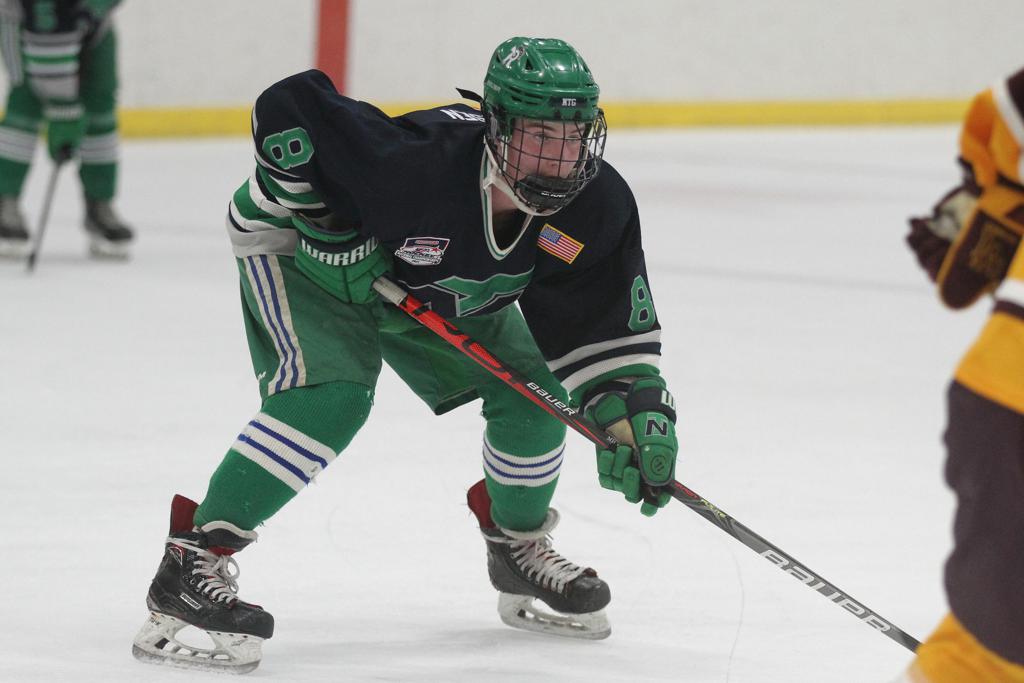 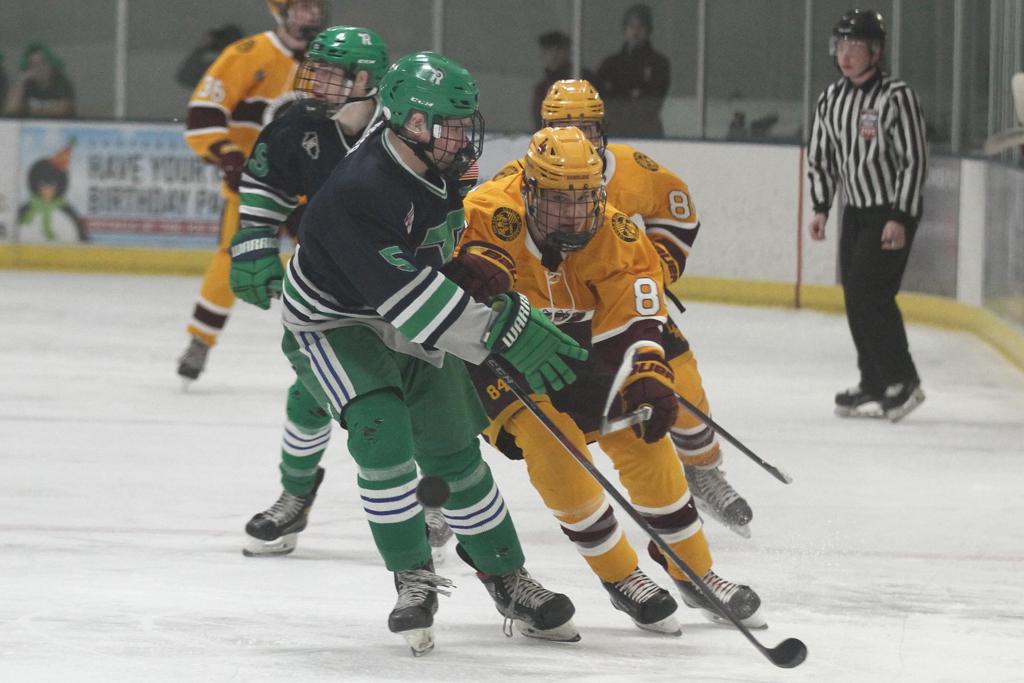 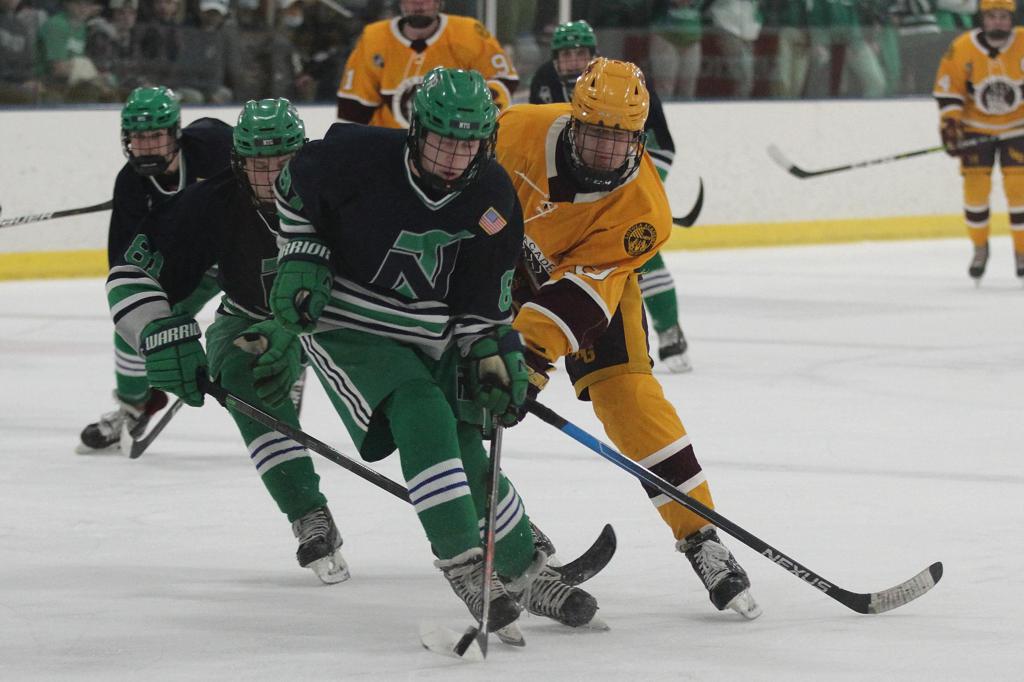 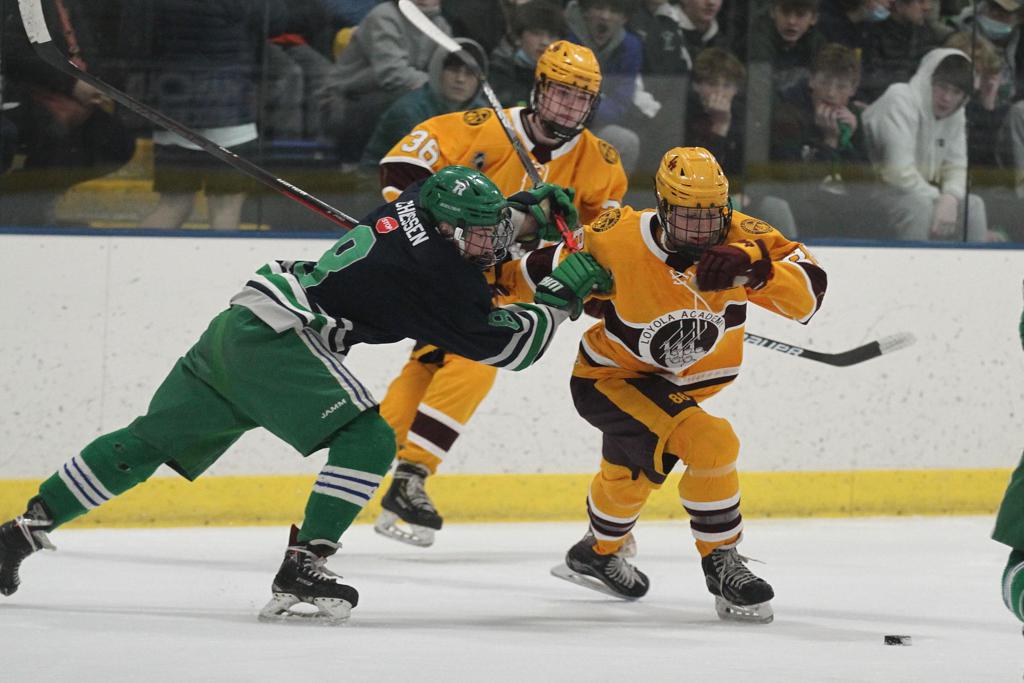 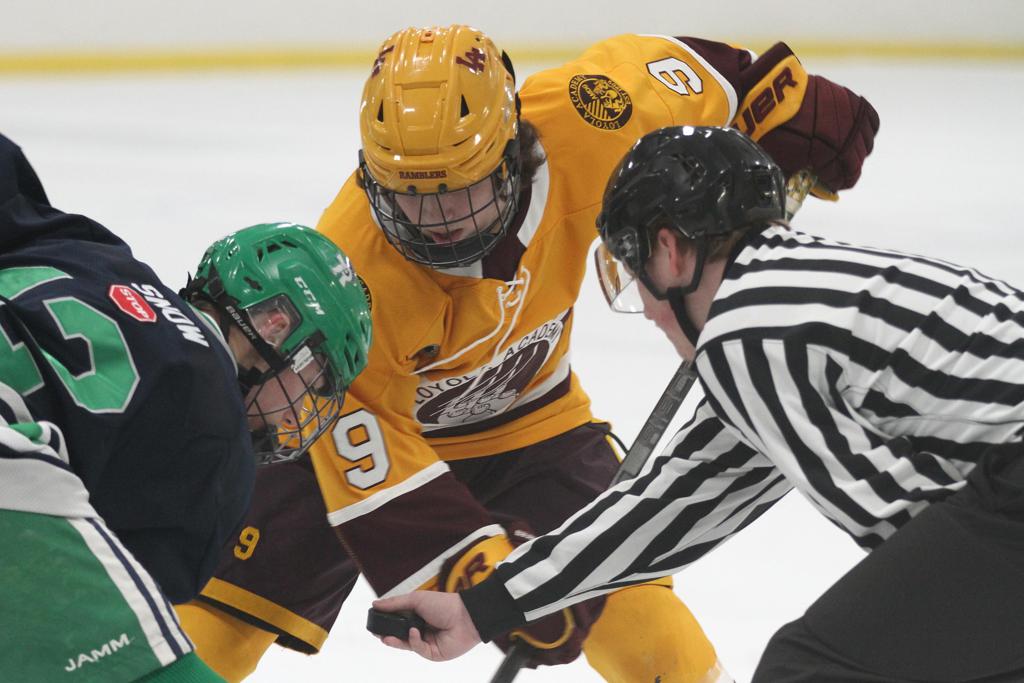 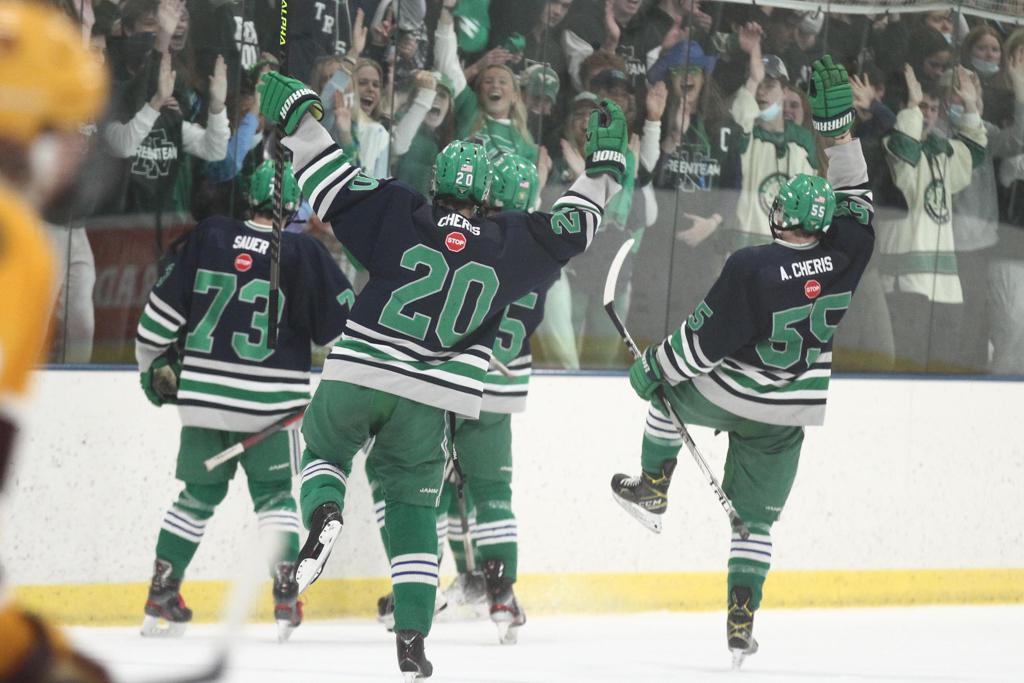 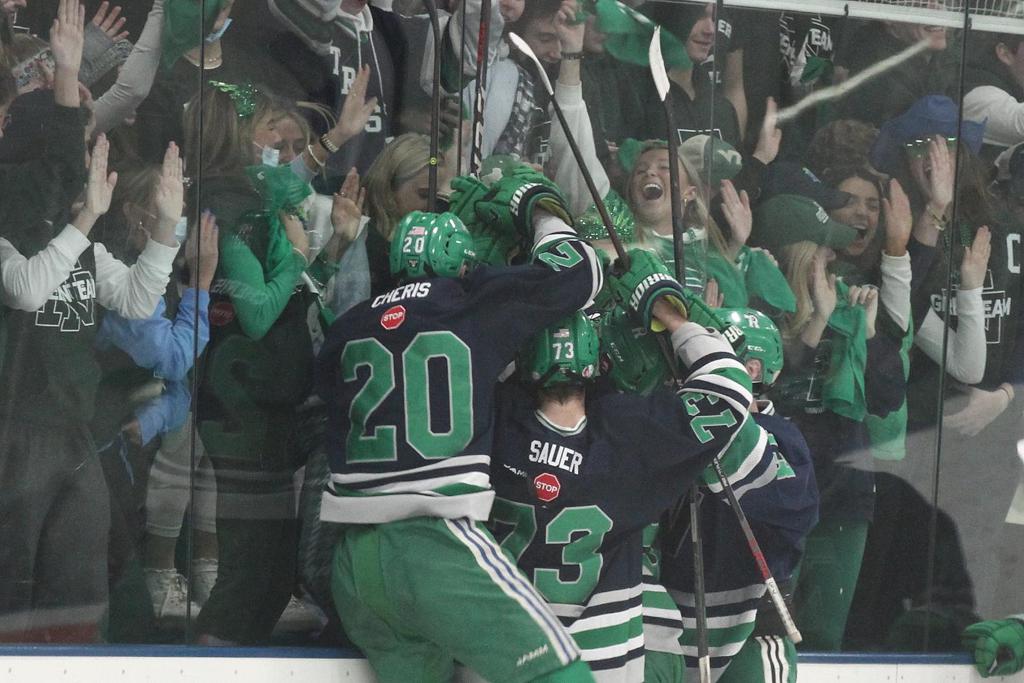 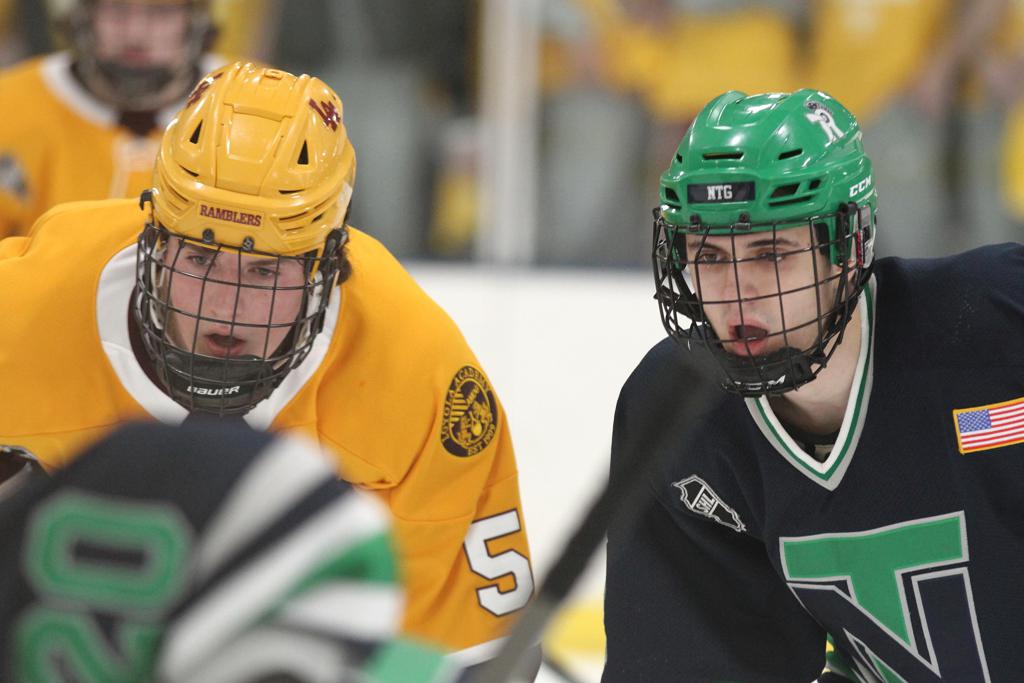 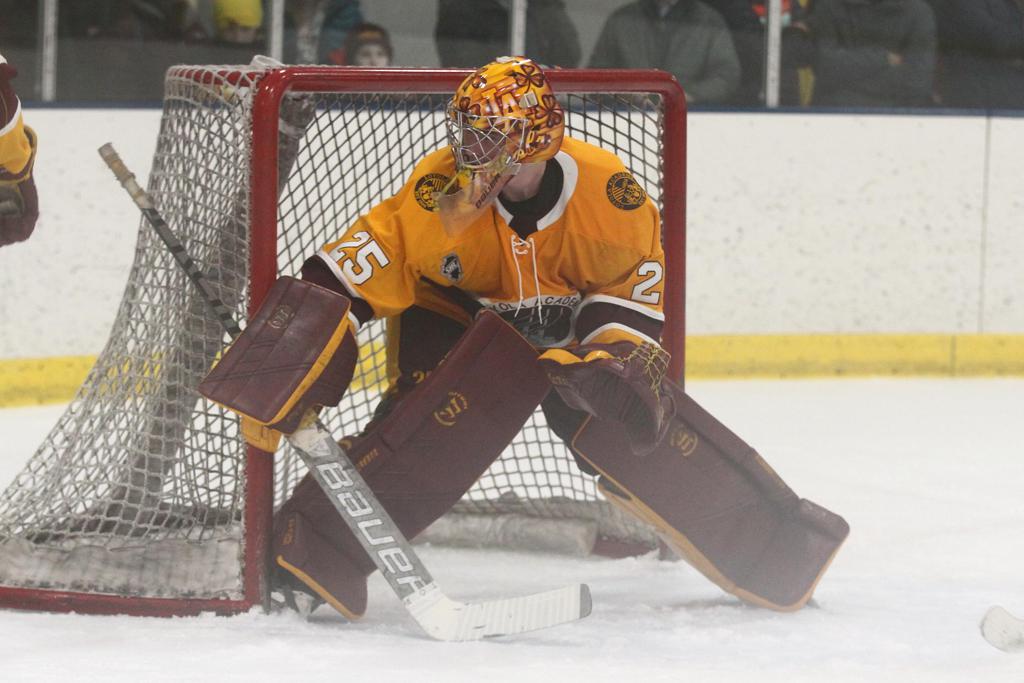 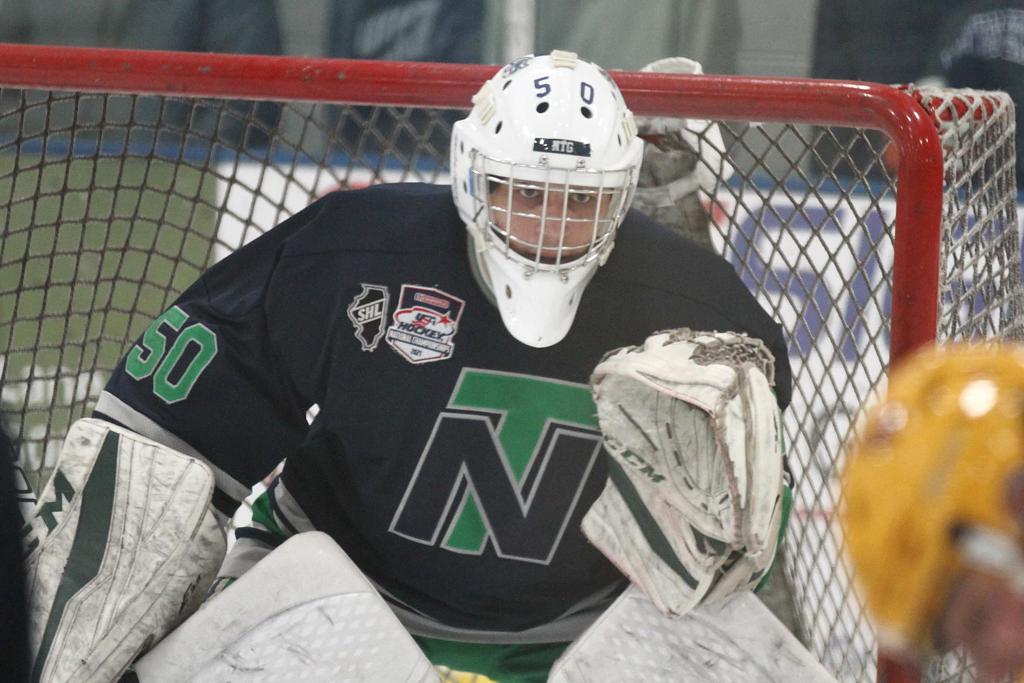